People from Denmark to Australia visited Circuit of the Americas for the Formula 1 U.S. Grand Prix. 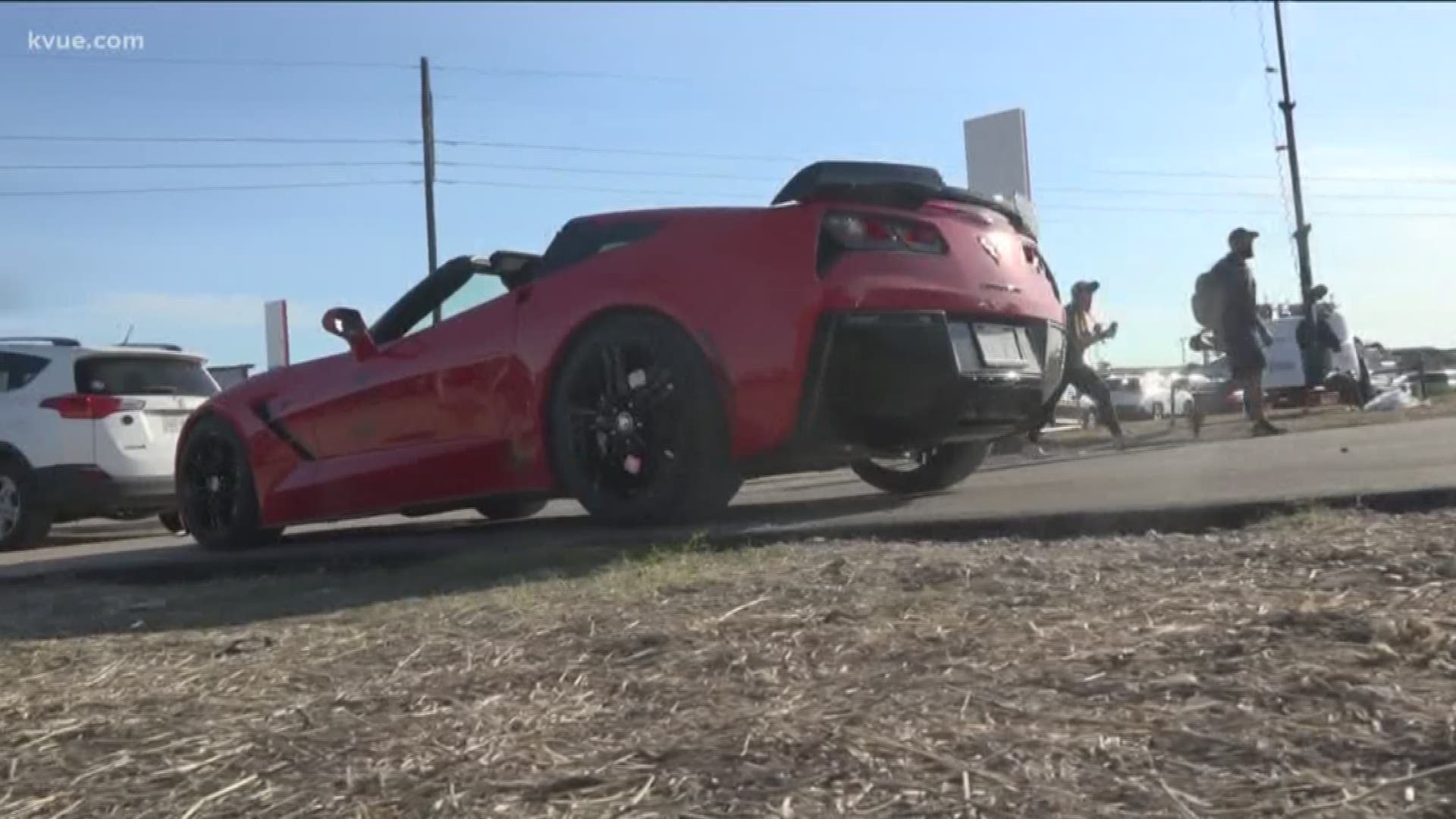 AUSTIN, Texas — All weekend, visitors from around the world came to Austin to witness the Formula 1 U.S. Grand Prix.

“We were focused on the Formula 1, so we didn’t see a whole lot," Brendan Beavis, a visitor from Australia, said. "We were keen on some barbecue, but the queues for the restaurants are all very long.”

Another Australia visitor told KVUE he liked almost everything about the city, too.

“I liked it. It was easy to get around. Quite a lot of scooters, I guess that’s fine," Peter James joked.

Mike Marut KTVL
Today I'm working on what people visiting Austin for Formula 1 thoug... ht of the city. What better place to catch people leaving than the bathroom! Already talked to people from Mexico, Australia and Denmark!

Many of the fans visited Circuit of the Americas and Austin for the first time.

"I’ve never been to a race before, so it was, I didn’t know what to expect," Montse Ramirez, a 14-year-old fan, said.

Ramirez, a Mexico resident, turns 15 years old on Monday, so she called this trip her birthday gift. She felt it was a hot weekend, but for other visitors, they felt it was the opposite.

“We had a great time out downtown on Friday night and got to go around the area," Thomas Jensen, a Denmark resident, said. "It’s been nice, just a bit cold this week.”

Lewis Hamilton came away with the win, which made the experience all worth it for one Austin resident.

“For me, watching Lewis Hamilton live is probably the moment of my – following Formula 1 till now, I think seeing him live is the biggest moment," Sravan Dabbiru said.

Dabbiru has been following Formula 1 for about 10 years and said this was his first live experience with the sport. He also brought friends from Dallas with him to see it up close for the first time.

“Austin has like a better crowd, I mean, open area," Arpan Agrawal said. "Dallas has a lot of counties, I mean other counties, that has a huge crowd. Austin is a better place than Dallas [for this event].”

“It was like a first experience for me," Nishta Garg, another Dallas resident, said. "I didn’t know about the players to be frank so it was, like, really fun.”

Another Texas resident visiting COTA said this was an experience he could not pass up.

“It’s kind of a bucket list thing," Ben Kane, a Waco resident, said. "Only one in the United States, so it’s kind of rare and something to do.”