The Rangers enter the season with virtually no expectations, as fans prepare to enter Globe Life Field for the first home opener at the new stadium. 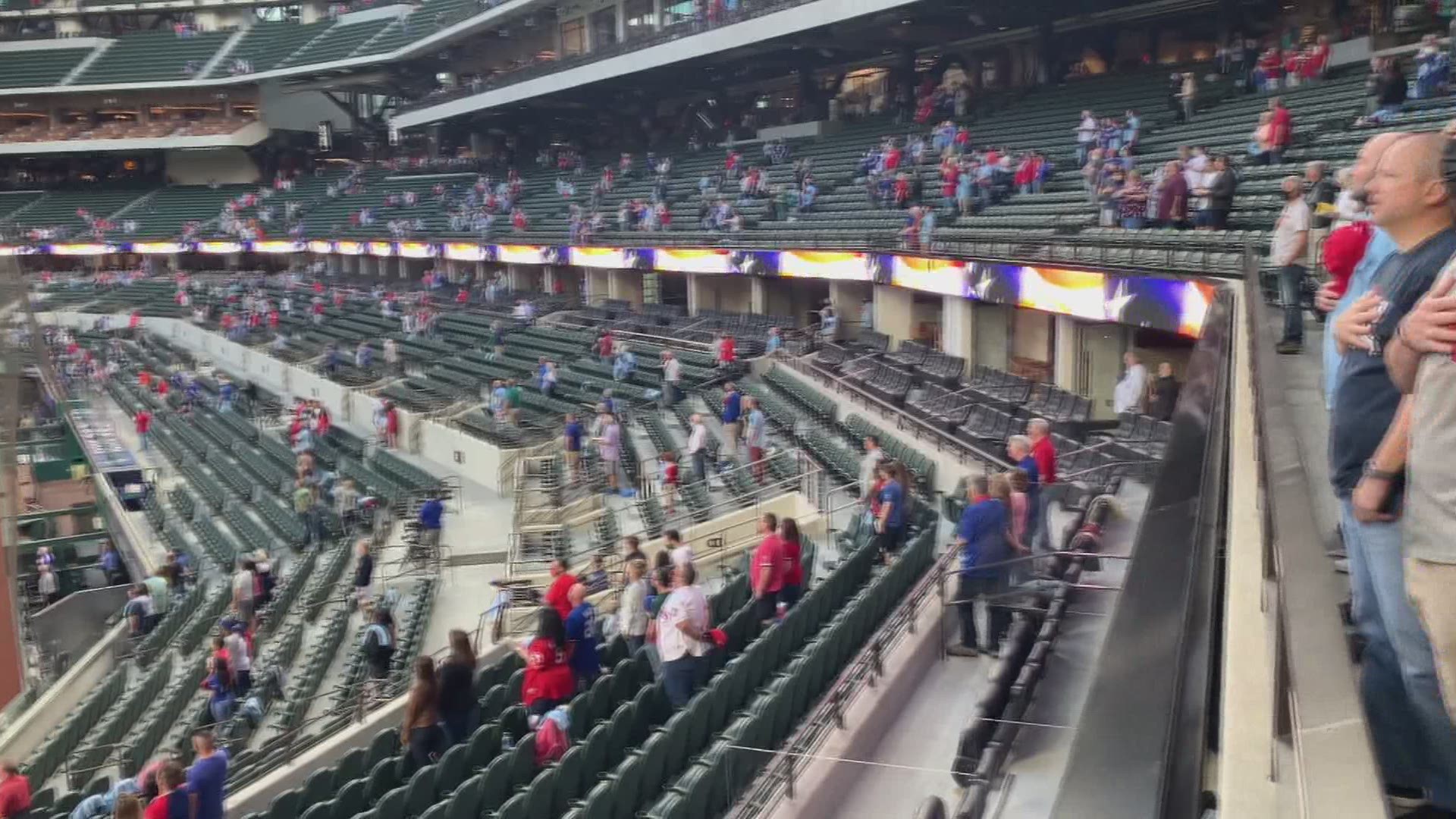 More than 40,000 fans are expected to fill the gleaming new ballpark to capacity, in the first regular season American professional sporting event without an attendance cap of any sort since pandemic restrictions began a little over a year ago. Masks are required – we’ll see how well that’s enforced. Social distancing is ‘encouraged’ – we’ll see how that pans out on the concourses, since it won’t be possible in the seats.

Thankfully, it’s not the purpose of this story to evaluate the logic behind the Rangers' attendance policies.  So we’ll stop here.

RELATED: What you need to know about the Texas Rangers Monday home opener at Globe Life Field

Are you sure you don’t want to go back and talk about attendance policies? The Texas Rangers are very clearly rebuilding. Or at least you hope they are.

The rebuilding has been in the works now, for a while. You could have figured that out just based on their win-loss records over the last four seasons. But at least through that stretch, you knew who was going to be on the diamond. Elvis Andrus, Shin Soo Choo, Rougned Odor, and many other names and faces you know are all gone. The only two starting position players who are carry-overs from last year’s team are Joey Gallo and Isiah Kiner-Falefa. And IKF is at a new position, taking over a shortstop.

This is a whole new team. And not a good one. The Rangers will be running a glorified AAA team out on the field most nights, and they may just lose 100 games this season. They’re that bad.

Frankly, your biggest hopes this year should be future-focused. Hope to see some young kids show their skills, and build optimism for seasons to come – guys like Dane Dunning, Sam Huff, and Josh Jung. Guys like Sherten Apostel. Names you may not know yet, but that you hope will be quality pieces the next time the Rangers are good.

And then hope that Joey Gallo’s bat lights on fire. The better #13 is this season, the better the Rangers can position themselves in advance of the trade deadline. I know, some of you reading this may be huge Joey Gallo fans. I don’t blame you. He’s a very good player, he’s fun to watch, he’s got a great personality, and he’s the kind of guy you’d want to be the face of your franchise. But the reality of the matter is that in order for the Rangers to ascend back to contention, they need more young pieces to round out their roster.

Gallo is in the final year of his contract, has Scott Boras as his agent, and is a special power hitter. Those factors combine to say Gallo probably isn’t resigning with the Rangers next offseason. So Texas is better off getting what they can for Gallo, and turn his value into a player or two that can help this team get good again.

Hey, so far, so good, right? Three games into the season, and the Rangers are hitting pretty well. Twenty-one runs in three games will go a long way for most teams (yes, we’ll get to the pitching).

New first baseman Nate Lowe is off to a very fine start. Granted, everything we’ve seen is on a very small scale, and not necessarily indicative of things to come for the next 159 games. But starting the year batting .357, with a homer and 9 RBIs is better than, well, not.

Kiner-Falefa looks comfortable at the plate, and after a Gold Glove season at third base, he moves over to shortstop.  He figures to remain effective in the box. And David Dahl could pair nicely with IKF, to be a table-setter for Joey Gallo, who we know can mash home runs into the stratosphere.

The back half of the order leaves some room for question marks. But it seems as though the Rangers will at least be able to create some runs this season, and make some games interesting.

Yeahhhhhh. Really, we can go back and talk about attendance policies and social distancing now, right?

Yikes. Football scores in the first two games. Individual innings giving up seven runs and five runs. It hasn’t been a pretty start for the Rangers mound men.

The bullpen has an excuse – they were utterly ravaged with injuries during the spring, including the devastating blow of Tommy John surgery for Jose Leclerc.

But the starters? Kyle Gibson recorded one out in his Opening Day start. One out. His ERA is presently 135.00. That is not a misprint. It’s unfortunate math, that only can happen this early on in a season, sure. But woof.

This is a group that is going to struggle this year. That much is quite clear. The offense may be able to bail ‘em out from time to time. But the Team ERA this year figures to be rather bloated.

Listen, if you’re a Rangers fan, you already know how to deal with disappointment, so consider yourself battle-hardened as it is. This season will be ugly. Only the Pittsburgh Pirates have worse odds to win this year’s World Series. So if you're feeling lucky...

But strap in, and hope that some future-focused things start falling your way. The No. 2 pick in the draft, come July, could be a transformational piece for this organization. Next offseason figures to see Texas go hunting for a big-name shortstop in free agency. There are things to look forward to, if you’re a Rangers fan.

Just none of them have anything to do with this season.