Cleveland Indians owner Paul Dolan has issued a statement regarding the team's potential plans to change its name. 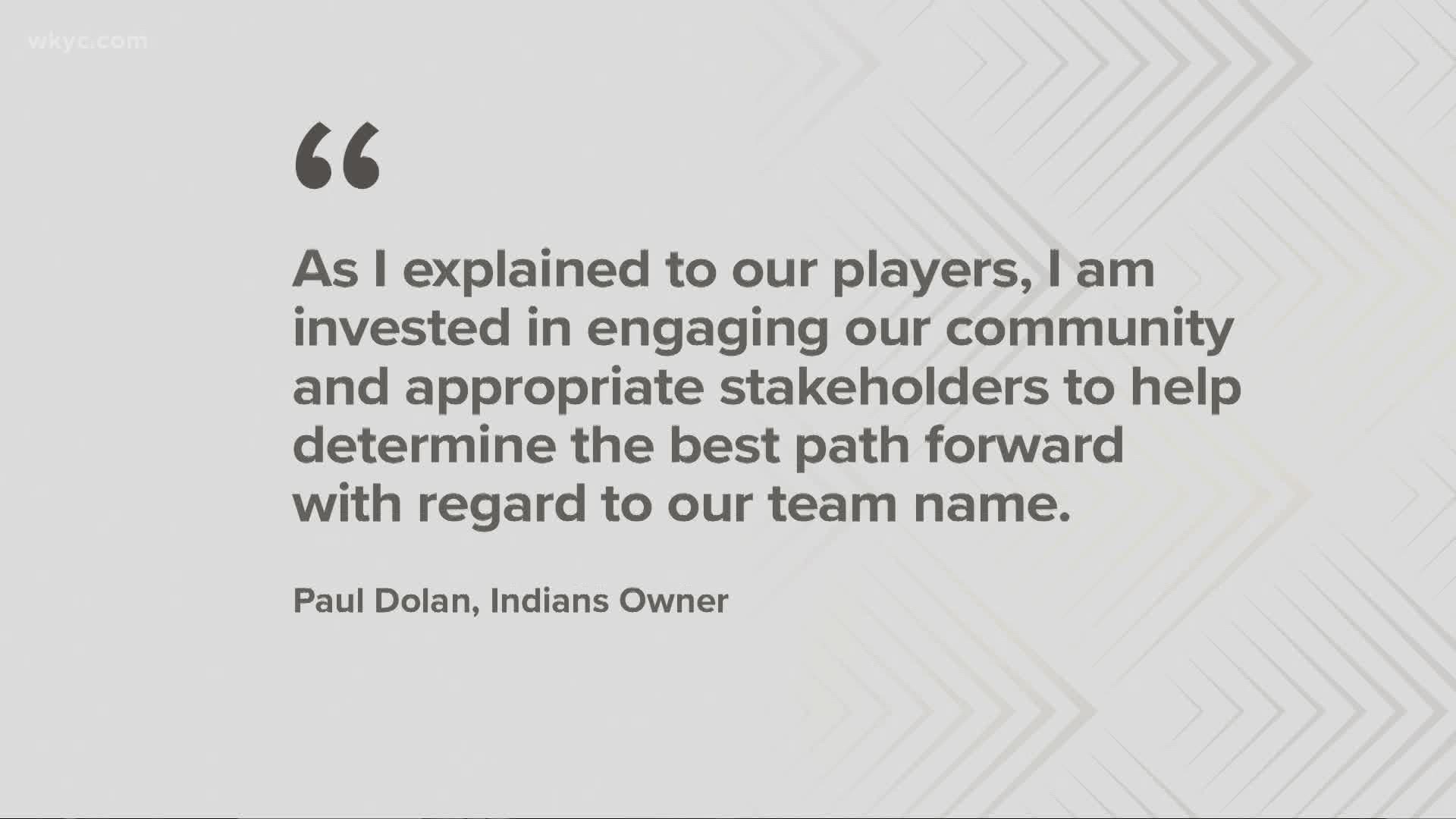 CLEVELAND — On the eve of the start of the 2020 season, Cleveland Indians owner Paul Dolan provided an update on the team's discussions to potentially change its name.

“As we approach Opening Day, I wanted to provide an update regarding our team name and our plan moving forward. In our July 3rd statement, we shared a commitment to listening and learning from our community, and we appreciate the passionate response over the past several weeks," Dolan said.

"Earlier this week, I had a candid and productive meeting with Terry [Francona] and our players, where they expressed their desire to help our organization in this process. Our players care about the organization and feel strongly about social justice and racial equality. I support their interest in using their platform to unite our city and our nation through their actions."

Dolan went on to reveal that the organization plans to hold meetings with Native American leaders, among others, to discuss the matter.

"As I explained to our players, I am invested in engaging our community and appropriate stakeholders to help determine the best path forward with regard to our team name. In the coming weeks, we will engage Native American leaders to better understand their perspectives, meet with local civic leaders, and continue to listen to the perceptions of our players, fans, partners and employees," he said. "We feel a real sense of urgency to discuss these perspectives with key stakeholders while also taking the time needed to ensure those conversations are inclusive and meaningful.

"We will continue to share periodic updates as we make progress. In the meantime, we are excited for our team to return to the field to continue our pursuit of a World Series Championship."

Dolan's statement comes one week after the Washington Redskins of the NFL announced that they'd be retiring their name and logo. After the Indians initially announced that they would be holding discussions regarding a potential name change, Francona publically that he believed it was the right move and his son, Nick Francona, later wrote a column for GQ calling on the team to do more.

RELATED: 5 potential breakout players to watch on the 2020 Cleveland Indians