Gerrit Cole, once a young spectator in the stands, leads the Astros in World Series opener 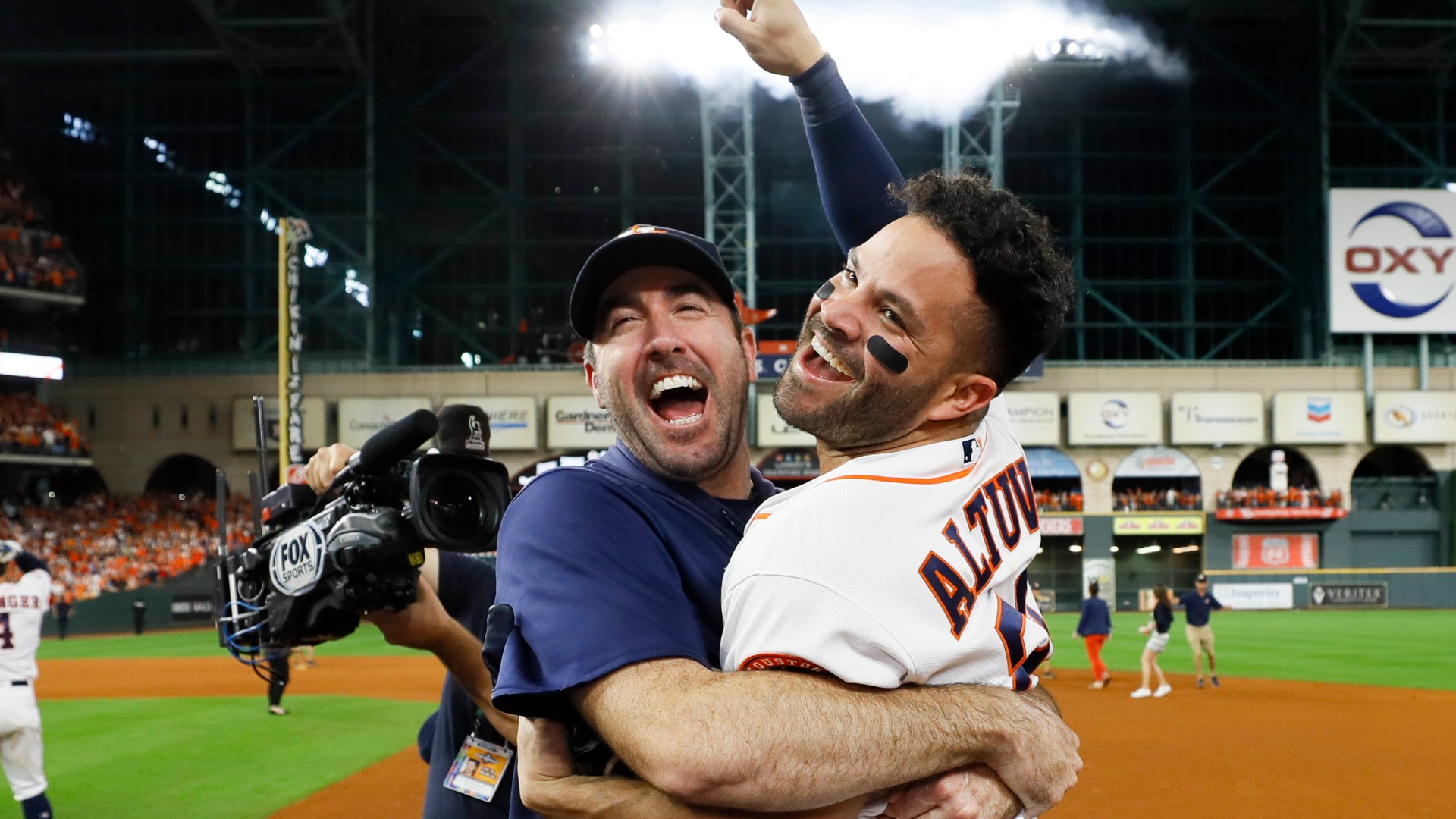 HOUSTON — Back when Gerrit Cole was a boy—long before he became the dominating force on the mound he is today—he sat in the stands at Angel Stadium cheering on his hometown Los Angeles Angels.

He was there during the 2002 World Series, on the third base line with a rally monkey and boom stick, as the Angels faced the San Francisco Giants. He watched when Giants slugger Barry Bonds crushed a 100 mph fastball over the outfield wall against Angels pitcher Troy Percival.

Not only did he witness a home run from the home run king, his Angels ultimately won that World Series—their first—in seven games.

He was there in 2001, when the Arizona Diamondbacks stunned the New York Yankees to win the title. Cole watched pitching legends Randy Johnson Curt Schilling shut down the Yankees’ hitters.

“Those are two of my favorite (memories) as a kid,” Cole said, having attended four World Series.

Now, Cole, 29 and a candidate for AL Cy Young, has a chance to make new World Series memories as he makes his first start in the Fall Classic tonight for the Astros.

He gets the start in a season he’s dominated opposing hitters. He led the league in strikeouts (326) and his opponents batting average (.184) and wins (20) were second only to teammate Justin Verlander.

Against Tampa Bay in the divisional round, Cole picked up two wins, including a deciding Game 5 victory in which he threw eight innings of one-run ball and struck out 10.

In his start against the Yankees in the ALCS, he threw seven innings of one hit ball, despite—in Gerrit Cole standards—he didn't have his best game.

“It’s the best run I’ve seen in a starting pitcher in my career,” Verlander said. “You look at a game like New York in his last start when he didn’t have his best stuff and was still able to go out and dominate. It takes stuff like that to be able to do that because you’re not going to have your best control or your best stuff every game.

“But when you look at the big picture, all the weapons he has at his disposal to get guys out, when it’s all clicking, it always works.”

Cole does it all with a revamped four-seam fastball that can touch 100 mph that he paints across the strike zone. He compliments that heat with a biting curveball, a devastating slider and a changeup that have frustrated batters all season.

If it weren’t for Verlander, he might be the clear favorite for AL Cy Young.

Tonight, he’ll toe the rubber against three-time Cy Young winner tonight in Max Scherzer and a Nationals team that is among the hottest in baseball.

The Nats are coming off an ALCS sweep of the Cardinals, an upset of the heavily favored Los Angeles Dodgers and a win-or-go-home game against the Milwaukee Brewers to open the playoffs.

“You can’t control everything,” he said. “But if you can control your preparation and you can go out there saying, ‘Look, I did everything I needed to do to prepare for this game and I’m just going to go get after the ball and what happens, happens.’”

Once a little boy sitting in the stands at the World Series, Cole has grown into a dominating force looking to make all new memories.