Opening Day festivities outside Minute Maid Park were unlike anything Astros fans had seen before. 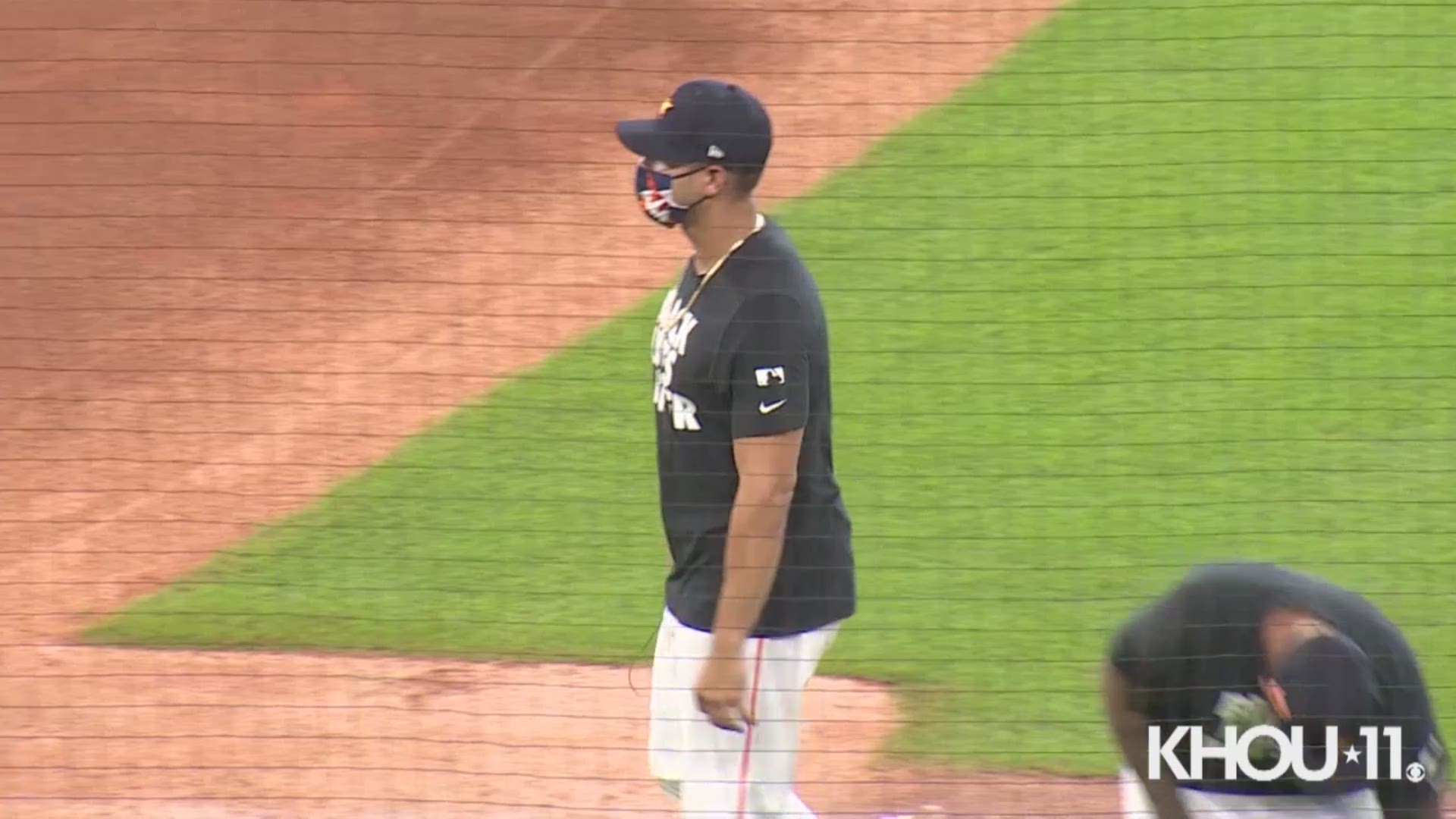 HOUSTON — Can you believe it?

After a delayed start to the MLB season because of coronavirus, the Houston Astros took on the Seattle Mariners for their home opener.

The Astros' first game at Minute Maid Park looked a little different than what we’re used to. No kickoff party outside the ballpark, and no fans inside.

However, that didn’t stop diehard fans from celebrating the Astros are back!

Opening Day festivities outside Minute Maid Park were unlike anything Astros fans had seen before.

Jameson Widner, a longtime Astros fan said, “It’s great to have it back but it’s still as you can see, there’s no buzz. The street isn’t closed. There’s no street fair.”

Some fans like Alex Cumings got as close to the action as they could physically get.

“We’ve been lacking that normalcy, and I grew up with it, so it’s kind of hard to image a year without A baseball season, especially for the city of Houston,” Cumings said.

Others who donated $100 to the Astros Foundation made it inside the stadium as a cardboard cutout.

“Obviously we all wish we could at Minute Maid, but it’s not the reality this year, so just happy to have it regardless," Cumings said.

Before the first pitch, players on both teams showed their united support for Black Lives Matter by kneeling ahead of National Anthem.

While 2020 has thrown us curveball after curveball, Astros fans’ love of team and baseball remains stronger than ever.

”It’s almost, I think, more exciting, because we’re getting something back that we’ve not had in a long time," Brie Bertlaney said.

Astros fans can also expect a shorter season because of COVID-19. The Astros will play 30 games at Minute Maid Park and 30 on the road.