The last time the popular college football pre-game show came to Austin was 10 years ago in 2009. 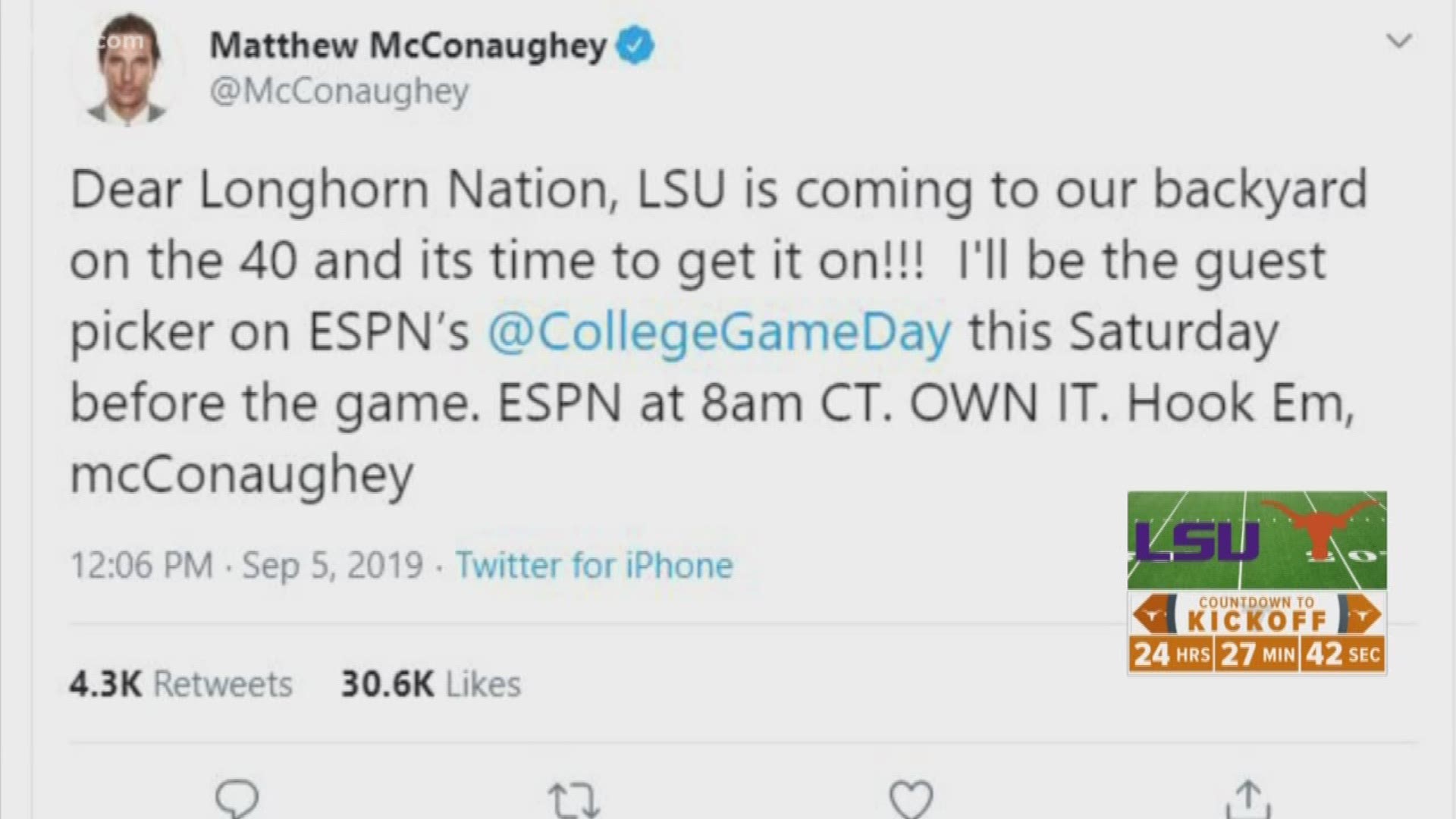 AUSTIN, Texas — The Longhorns will face one of the biggest games of their 2019 football season and Matthew McConaughey will be front and center for the action.

The University of Texas professor will be the guest picker on ESPN's College GameDay on Saturday before the big game against LSU. As a guest picker, McConaughey will give his game predictions alongside the other analysts. The last time the popular college football pre-game show came to Austin was 10 years ago in 2009.

"Dear Longhorn Nation, LSU is coming to our backyard on the 40 and it's time to get it on," McConaughey wrote.

Professor McConaughey has been an active member of the Longhorn team, attending practices, games and motivating the football players. His official duties as the Minister of Culture is to ensure that Longhorn and Austin's cultures are at the forefront.

RELATED: 'You're building something': Matthew McConaughey inspires Texas football team ahead of 2019 season

Tickets for the much-anticipated UT-LSU matchup have a Texas-sized price starting at a whopping $328 each.

The Texas Longhorns are currently ranked No. 9 in the AP Top 25 Poll, while the LSU Tigers are No. 6.

The Longhorns will face the Tigers at 6:30 p.m. at the DKR Texas Memorial Stadium. You can catch the game on KVUE.