All told, the Longhorns seem to lack confidence and purpose, but everyone insists there's no disconnect between coaches and players. 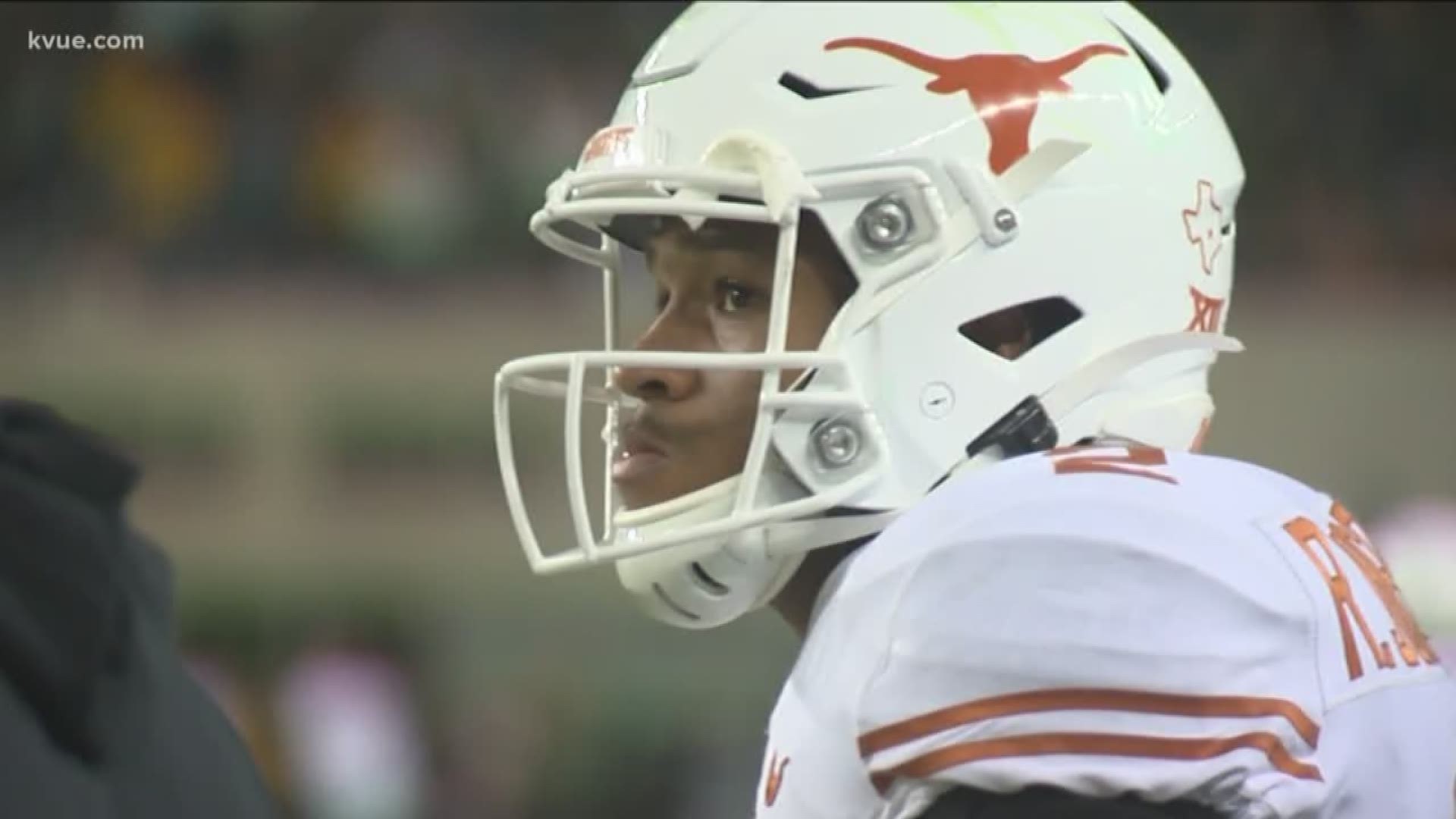 AUSTIN, Texas — Earlier in the 2019 season, Texas' football team was pegged as a one with all offense and no defense, but over the past four games, that has been far from the case.

On Saturday against No. 14 Baylor, the Longhorns were held to a season-low 10 points and didn't get inside the Bears' 20-yard line until there were less than 20 seconds left in the game.

"Not being on the same page, not communicating, just missing assignments," senior wide receiver Devin Duvernay said of the team's offensive struggles.

After averaging 40 points per game through the first seven games, Texas hasn't got to 30 in its past four.

It's been a combination of an inability to run the ball and protect the quarterback (UT ranks last in the Big 12 in sacks allowed). Head coach Tom Herman continues to place the blame on the coaching staff.

"We didn't develop our guys enough throughout the week in terms of finishing those blocks," Herman said.

When pressed about whether his assistants have lived up to his expectations this year, Herman declined to go further.

"We'll evaluate everything," Herman said. "We've got a game in six days. I'm not going to comment about anything like that until after the season."

RELATED: Can you beat the KVUE Sports team in a Texas Longhorns pick 'em? Submit your predictions here.

On defense, the Longhorns have improved, but have still committed penalties in crucial moments each of the past two weeks.

"Everybody in the building is frustrated, but the manifestation of that frustration can never be detrimental to the team. To have that happen is unacceptable," Herman said.

All told, the Longhorns seem to lack confidence and purpose, but everyone insists there's no disconnect between coaches and players.

"I don't think there's a disconnect," senior safety Brandon Jones said. "We've always had the same goal in mind. We've never, not one time, doubted anybody— player, coach or anything."