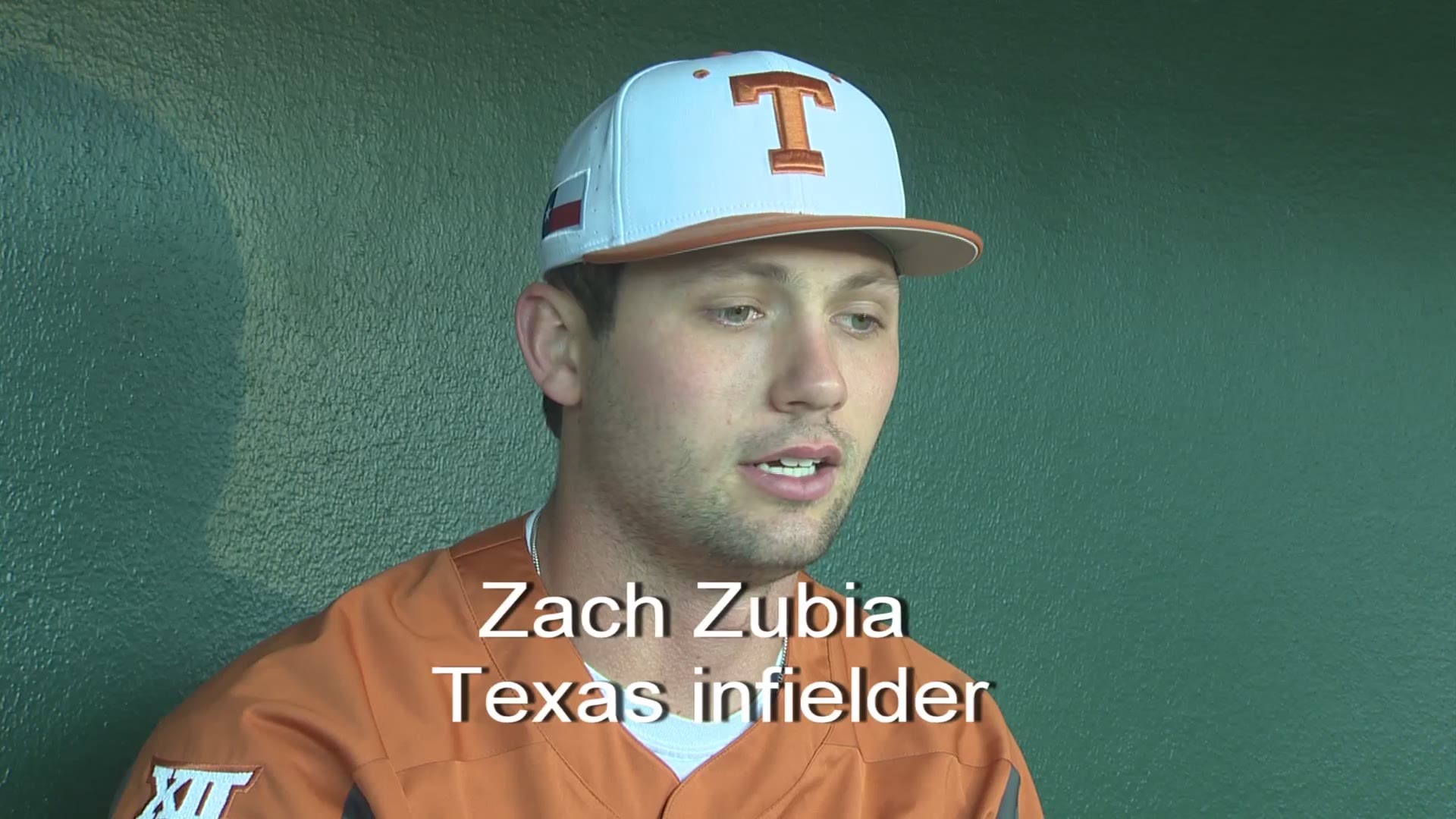 "Yeah, there's a hiccup every one in a while," said Texas infielder, Zach Zubia. "Not saying that losing to a team is acceptable, but sometimes you've got to learn from baseball."

Learn from a game which can be extremely cruel at times.

Texas led in the 5th inning Wednesday night against the UTSA Roadrunners 6-0, and gave up 8 runs.

"The inning just unraveled on us," said Texas head coach, David Pierce. "I think we had three base on balls, four errors, and three pitches that resulted six RBIs with two strikes. So when you do that, it's the formula for failure."

With the top ranked team in college baseball making the trip to Austin for a  three game series, a short term memory is of importance. The first game of the series against LSU begins Friday night at 6:30 p.m.

"It's a crazy game and unexpected things happen all of the time," said Texas outfielder, Duke Ellis.

"To have a clear mindset going in after a game like that (the 10-7 loss to UTSA) going into a big series like this is the best thing you can do," said Ellis.

While they lost, Texas outhit UTSA 13-7 on Wednesday.

LSU is undefeated at 8-0 this season and is coming off a 17-4 win over Southern.

There is a chance the 3rd game of the series against LSU at Disch-Falk Field may be moved up from Sunday to Saturday due to the possibility of inclement weather on Sunday. If that's the case, LSU and Texas will play a doubleheader on Saturday.