Head coach Tom Herman wants his team to be physically imposing. That process started Wednesday in the team's first day of contact. 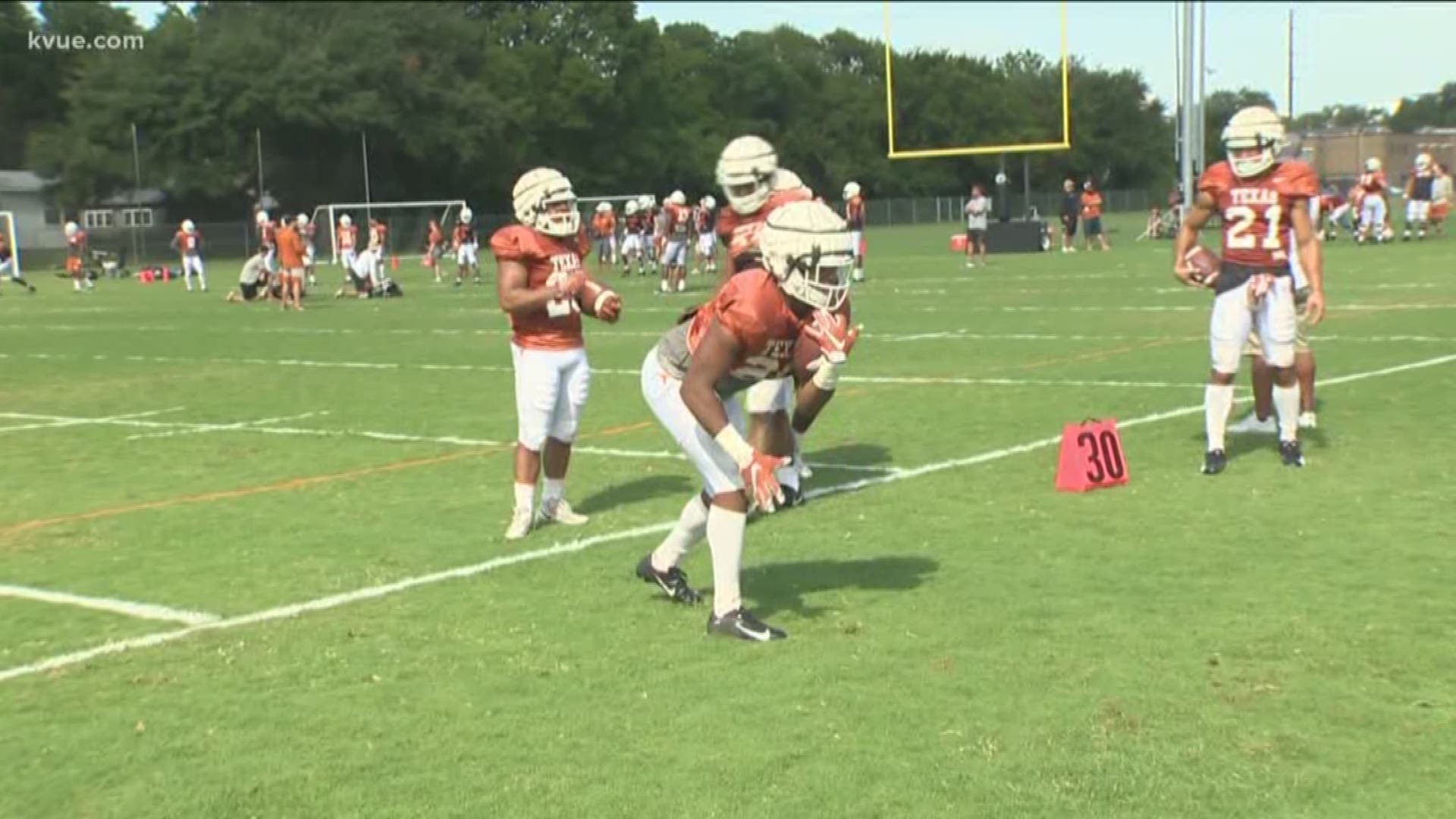 For head coach Tom Herman, it's the first step in the process of establishing his team as a physically imposing one.

"Put your face on somebody," he said of his message to his players. "You can't be a physically dominant team on Saturdays if you don't practice that way."

Wednesday also marked the Longhorns' longest practice of fall camp, as it lasted a full 22 periods.

Herman said he saw some tired bodies by the end, given the hot temperatures, but he still came away encouraged by the physicality and especially the enthusiasm.

"I don't know that there was a pep in their step," he said. "[But] there was a lot of chirping and talking, which was good. You've got a lot of guys out there wanting to prove how tough they are ... You could tell guys were into the physicality of the day."

Perhaps counter-intuitive, Herman said he and his staff believe the best way to achieve that desired physicality is with rest interspersed.

To ensure his players stay fresh and healthy, Herman said the Longhorns will not go full-pads on Thursday.

On Friday, they'll be in shorts.

"Your body in peak physical condition is the greatest gift that you can give your teammates," he said.

That sentiment fits into the larger trend of Texas honing in on the sports science aspect of player development.

"We've changed the length of our practices. Each practice isn't going to be as long. We'll kind of undulate in terms of time on the field to try to make sure that we're keeping them as fresh as possible," Herman said.

Sophomore defensive back Demarvion Overshown has a mid-foot sprain.

Senior running back Kirk Johnson landed on his shoulder awkwardly and is being evaluated for a clavicle injury.

"I don't think it's that serious," Herman said.

"[But] I stayed at my house last night, not at a Holiday Inn Express, so I'm no doctor," he added."

Texas football royalty was on hand at Wednesday's practice.

Sophomore wide receiver Brennan Eagles has been a standout so far in fall camp. So much so, the coaching staff has made room for him with the first team by sliding Devin Duvernay over to the slot position.

It's easy to see why with catches like this.

With temperatures pegged for triple digits throughout the next week, Texas has offered its counter-punch.