Texas Longhorns climb to No. 15 in AP Top 25 poll after impressive performance against Ragin' Cajuns 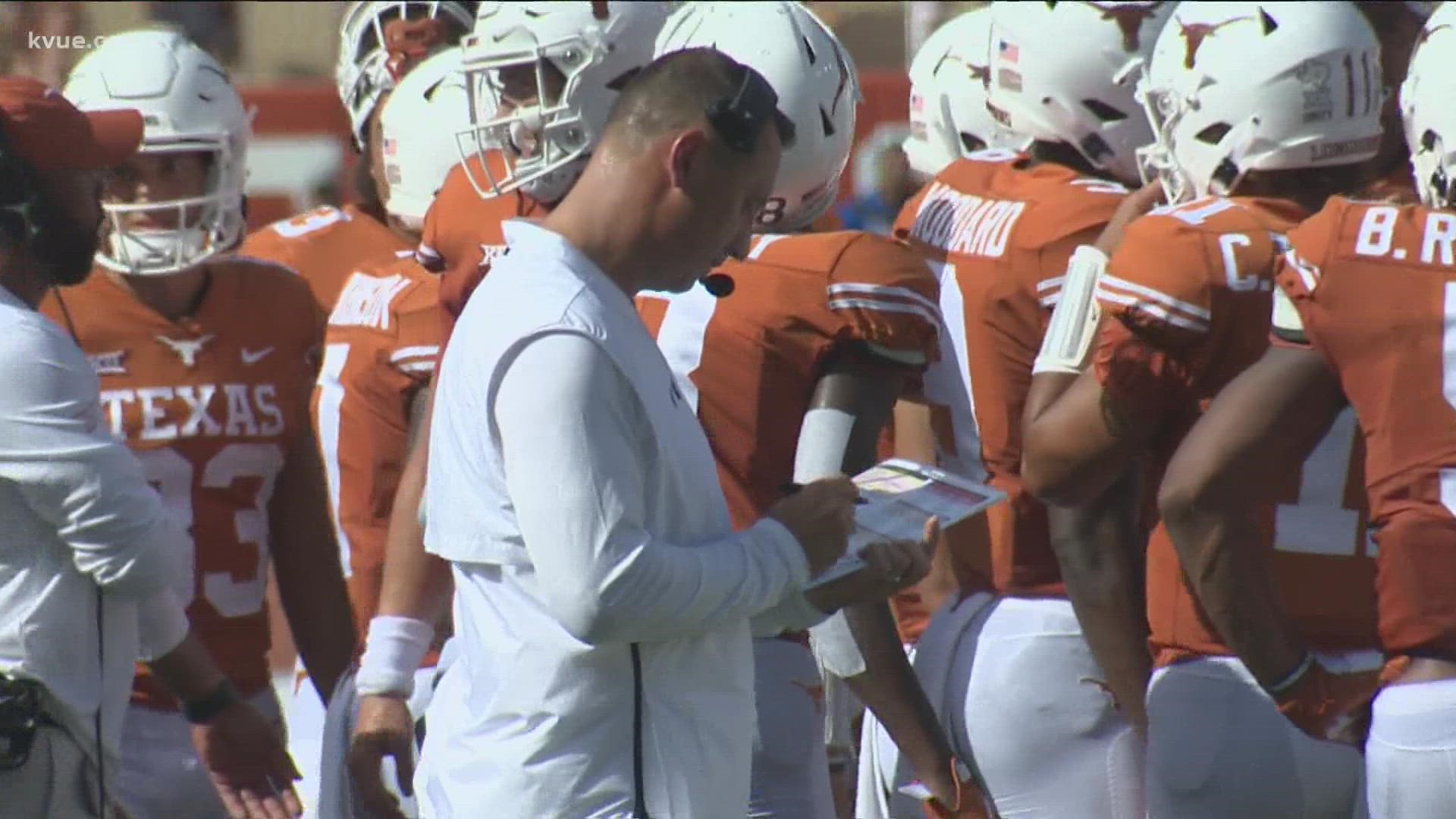 AUSTIN, Texas — The Texas Longhorns' impressive win against Louisiana's Ragin' Cajuns has pushed them higher in the AP Top 25 poll.

Quarterback Hudson Card and running back Bijan Robinson's performances were some of the highlights of the game, which ended with a 38-18 win for UT.

"I think Bijan did a great job setting the tone," Sarkisian said after the game. "And then obviously Jordan Whittington on third down, making plays for us. Both Hudson and Casey were really efficient. They extended drives. They both made plays. In the end, it was controlling the ball and controlling the line of scrimmage. Getting off the field on third down on defense was big."

UT will play Arkansas next, which is coming off a 38-17 win against Rice.