Casey Thompson to start as Texas quarterback against Rice

This comes off of Texas' loss against Arkansas. 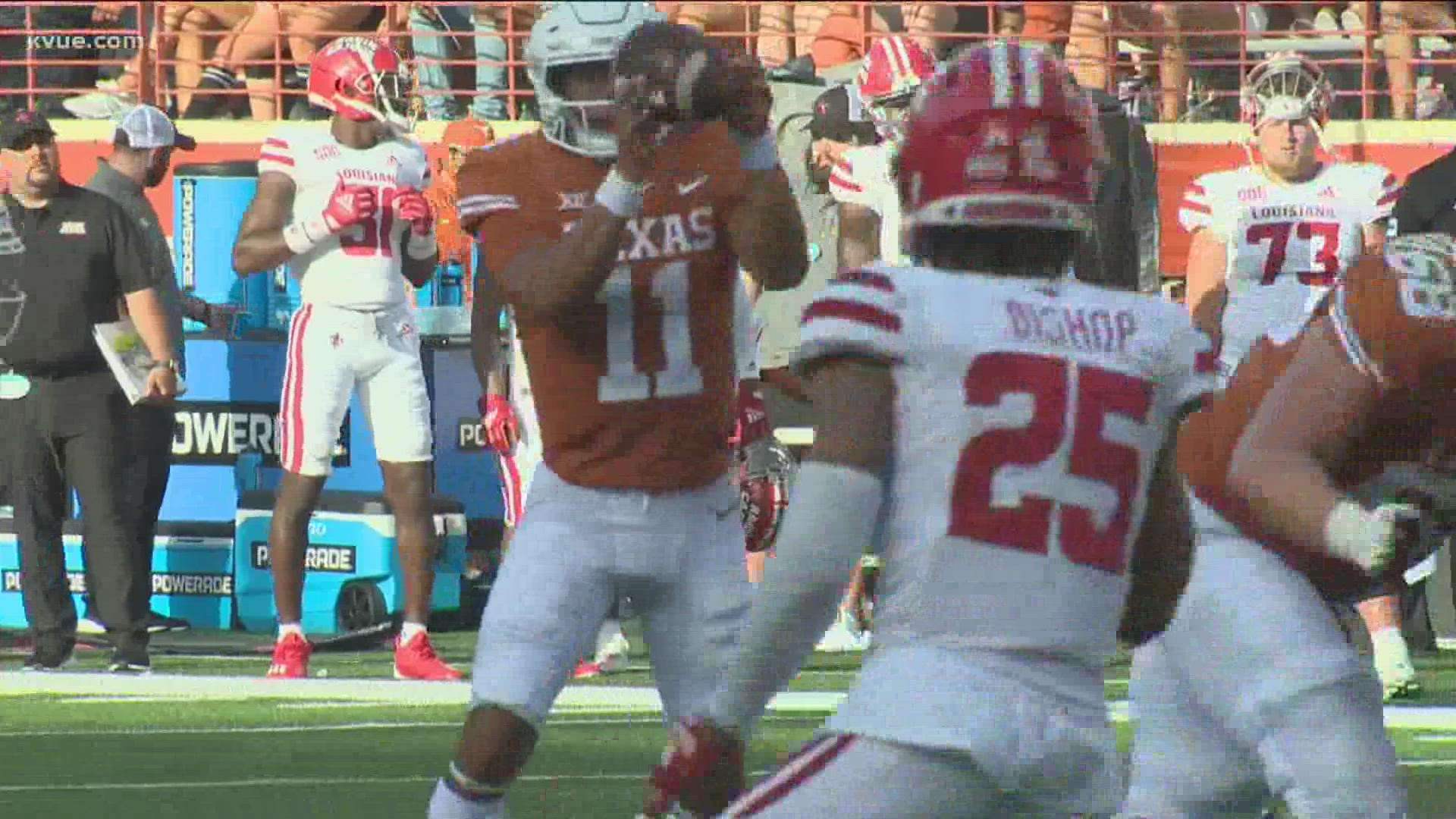 AUSTIN, Texas — Following the Texas Longhorns' loss against Arkansas over the weekend, Head Coach Steve Sarkisian has announced a change to the team's quarterback plans.

While Hudson Card has been starting quarterback the first two games of the Texas football season, Casey Thompson will start against Rice.

In the renewed rivalry, the Razorbacks ran wild on the Longhorns, coming out on top in the end, 40-21. It was UT's first SEC matchup since the school announced its intent to join the conference

“It’s not always about how you execute every play, it’s about, 'Are you maneuvering the offense down the field to score points?’” Sarkisian said at a Monday press conference following the Arkansas loss.

The game led Texas to drop out of the AP Top 25 poll, making the way for Arkansas to enter the rankings for the first time since 2016.

In UT's season opener, Card and Bijan Robinson came out on top against the Ragin Cajuns. Thompson and Card battled for the starting position throughout spring ball and training camp, and Sarkisian previously told the media that both quarterbacks were very capable to lead the offense.