Oklahoma has a quarterback decision to make after preseason Heisman favorite Spencer Rattler was benched against Texas before freshman Caleb Williams led a comeback. 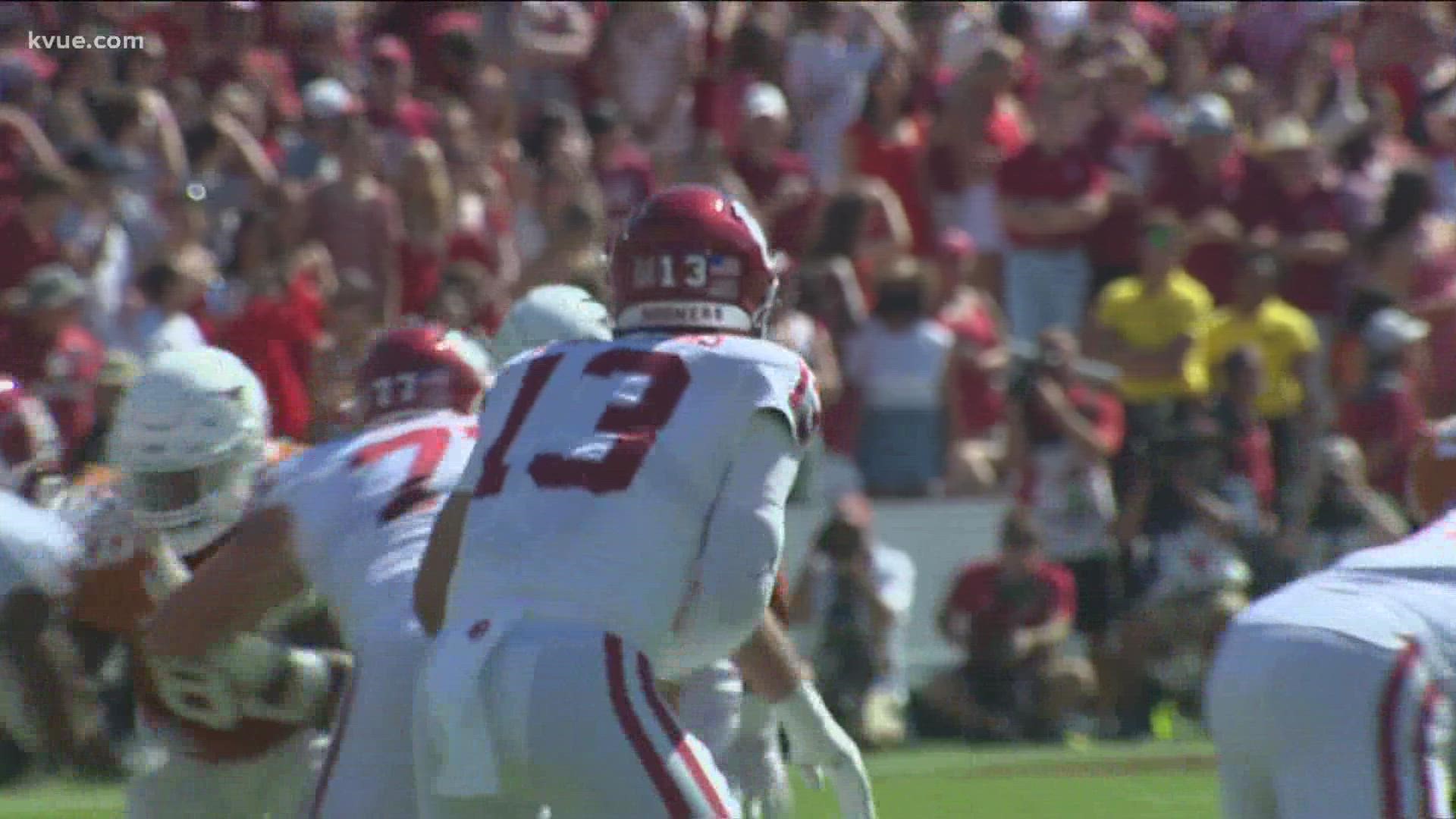 The Oklahoma Sooners canceled all media availability on Wednesday. This comes after student reporters observed practice Tuesday from an adjacent building trying to figure out which quarterback was getting more first-team reps.

As of writing, Oklahoma football has not released a statement or given an official reason on the canceled availability.

The OU Daily, Oklahoma's student newspaper, reported that on Tuesday, true freshman Caleb Williams was seen scrimmaging with the Oklahoma’s first-team offense while redshirt sophomore Spencer Rattler was working with the second team.

Rattler, who was a preseason Heisman Trophy favorite, was benched by head coach Lincoln Riley on Saturday against Texas before true freshman Caleb Williams led a monumental comeback for a Sooners 55-48 win. Now, the big question is who will start for the 6-0 Sooners on Saturday?

"The Daily watched the offensive practice regimen from a public building near the OU football practice field, with no athletics employees discouraging observation. The Daily does not observe practice regularly, but did so Tuesday under heightened interest given the situation," the article in the OU Daily written by Mason Young and Austin Curtwright said.

Last year, the University blurred out dormitory windows that overlooked the practice field so football practices could not be observed from windows in that building.

Lincoln Riley: "We are closing off practice this week so TCU will have no idea who are starter will be"

OU Student Newspaper Newsroom: "Who wants to go to the 5th floor of the fine arts building & see who Lincoln has got running with the first team?" https://t.co/9vIr5s12Ht

SUBSCRIBE to the Locked On Sooners podcast, your daily podcast for all things Oklahoma Sooners. Free and available on all platforms.

At Riley's availability on Tuesday, he did not name a starting quarterback for Saturday's game against TCU when asked, saying he has not made the decision yet.

Obviously, Riley would want to wait until the game for the opposing team to find out who his starting quarterback is if at all possible, which may have been foiled by the OU Daily reporters.

The Daily's report also had quotes from Spencer Rattler's father, Mike Rattler. There were rumors that Spencer Rattler missed practice on Monday. His father told The Daily that he was ill and that his absence was cleared by head coach Lincoln Riley. Mike Rattler also commented on Spencer's future, saying they would reevaluate after Jan. 10 (the day of the College Football Playoff final).

Oklahoma (6-0), the No. 4-ranked team in the country, takes on TCU in Norman on Saturday night in primetime on ABC. We likely will have to wait until then to officially see who the team's starting quarterback is moving forward.

SUBSCRIBE to the Locked On Big 12 podcast, your daily podcast for all things Big 12 Conference. Free and available on all platforms.

Caleb Williams took the majority of snaps with first team in practice Tuesday, but Spencer Rattler is still committed to #Sooners, his father says.https://t.co/2FScMWmHsk