The Panthers stormed back from being 14 points down vs Decatur. 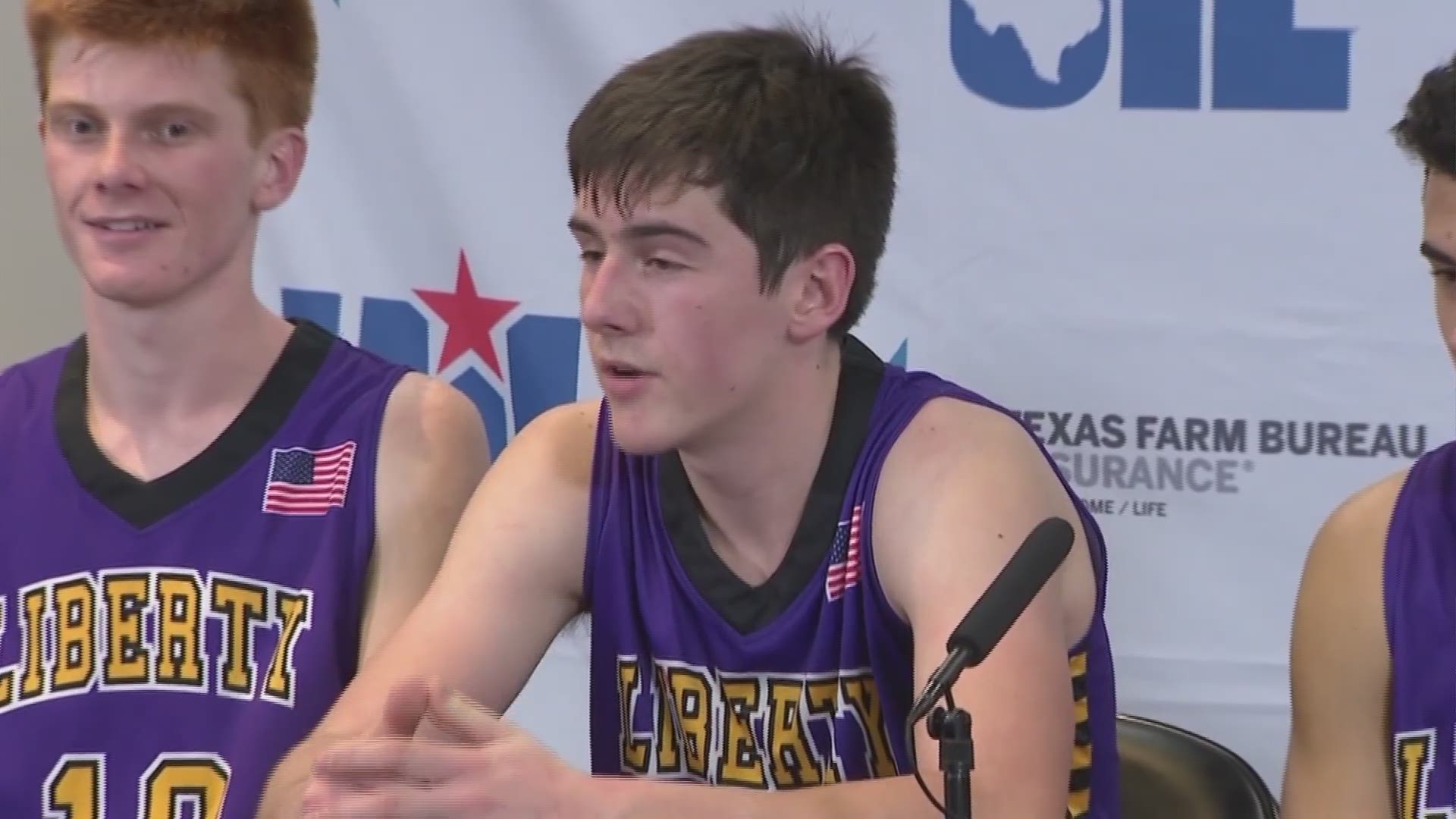 SAN ANTONIO — Just like the Liberty Hill football program, the Liberty Hill boys basketball team will play for a state championship. The Panthers earned this opportunity with a buzzer-beating three-pointer.

The Panthers trailed Decatur by 14-points in the 3rd quarter of the UIL Boys State Tournament semifinal in San Antonio.

Liberty Hill stayed the course and slowly stormed back in the game.

With 89 ticks remaining on the clock in regulation, Kaleb Bannon made two free-throws trimming the deficit to Decatur to 51-50.

That set up a moment in state tournament history. A buzzer-beating three-pointer by Liberty Hill senior guard Parker McCurdy won the game.

The Panthers stormed the court inside of the Alamodome to celebrate the 53-51 state semifinal win.

The Panthers will meet Oak Cliff Faith Family Saturday night in the 4A state title game.