The conversation led by the former Longhorns was a chance to talk about the needs of the community and how the police department can best serve those needs. 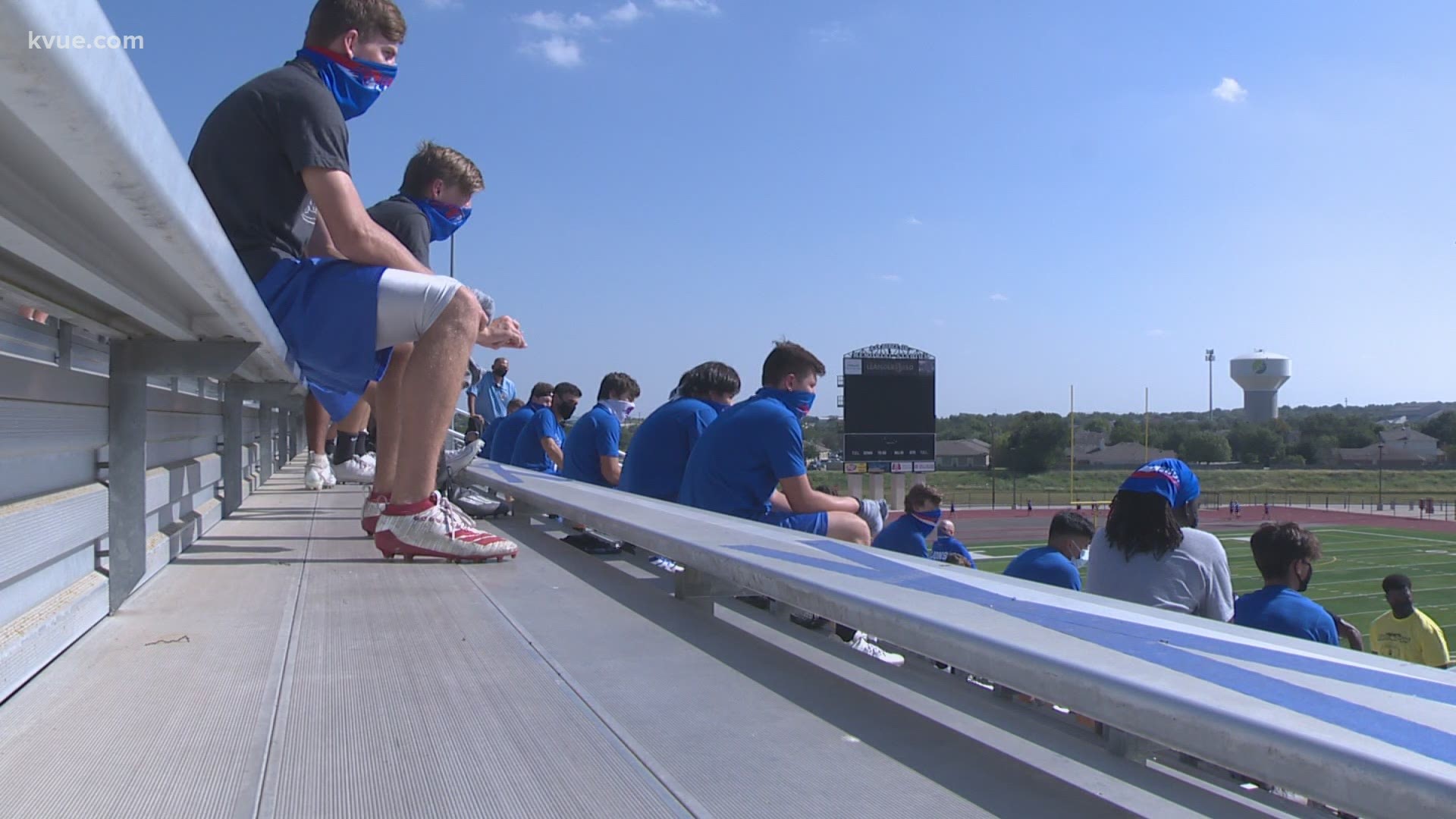 LEANDER, Texas — When people talk about athletes using their platforms to create positive change, a lot of the times they mean athletes speaking out about issues to their massive audiences. Some may even donate money to worthy causes.

But some of the most impactful work comes when athletes interact with their communities.

"I take pride in trying to be somebody that leaves a positive impact in the community, which is why I’m here today with you guys," said former Texas running back Fozzy Whittaker, addressing the Leander football team.

Whittaker and Tyrone Swoopes, a former Texas quarterback turned tight end in the NFL, led a conversation between the football team and the Leander Police Department.

The event was hosted by the BamFam Foundation and its First Down Ride Along Program. It allowed everyone the chance to talk about the needs of the community and how the police department could best serve those needs.

"It’s really important because I feel like a lot of kids don’t get the opportunity to talk to law enforcement," Swoopes said.

"In my time that I was a high school student, I never got the opportunity to speak with a professional athlete or a former professional athlete or speak with the lieutenant of the police force, or just have this opportunity to be able to do something that bridges the gap. It’s truly amazing, and I’m happy just to be a part of it along with Lt. [Luana] Wilcox,” Whittaker said.

The afternoon ended with some football, as Whittaker, Swoopes and members of the police department led drills.

One Leander senior even went home with an autographed ball signed by the two former Texas standouts.