With help of 6-month-old nephew, LBJ's Mukuba commits to Clemson 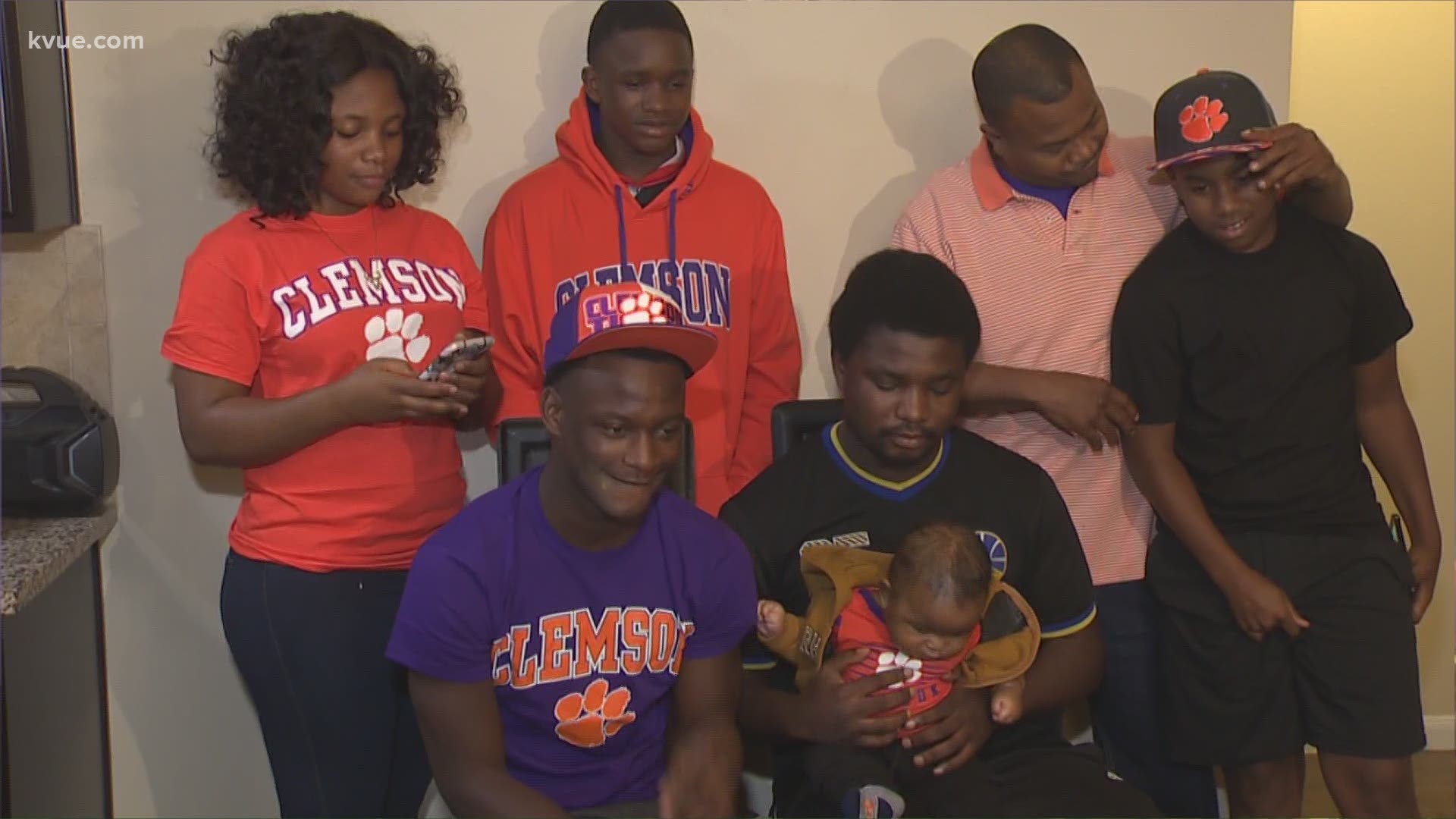 AUSTIN, Texas — The college commitment reveals seem to get more creative by the day, but LBJ's Andrew Mukuba may have just set the new standard.

In front of family, friends and hundreds of fans on Instagram Live, Mukuba unveiled his selection of Clemson University, unzipping the sweater of his 6-month-old nephew, Asher, to reveal his orange Clemson shirt.

Mukuba, a four-star recruit and No. 1 ranked safety in Texas, had narrowed his choices down to Clemson, Texas and LSU coming into the day.

He said Clemson's coaching staff consistency was what set the Tigers apart.

"One thing that stood out to me was they turned down a couple top recruits just to focus on me," he said. "That was really an eye-opener, the fact that they just don't want me, but they also need me there. ... If I wasn't going where I was going, Texas would probably be my next option. The only thing that put Clemson on top was the consistency of the coaches there. I feel like the coaches are going to be there for a long time. With Texas, there's still a couple of questions that need to be answered, so I didn't want to take that risk."

Mukuba will be the only player from Central Texas on the Tigers' 2021 roster.

“I look at it like the game gonna test you. Everything gonna test you if it’s worthwhile and you gonna make decisions based on what you care about more”-Nip

His coaches and teammates at LBJ described the kind of player and person Clemson is getting.

"He's one of the most coachable kids that I've coached since I've been in this profession," LBJ head coach Jahmal Fenner said. "And not only that, he's a kid that leads by example."

"They're going to be getting a really special guy and player," McCutchin added.

The top safety in Texas is headed to the ACC. pic.twitter.com/VZvueEJZEg