Lake Travis senior receiver didn't have much to say about the ongoing investigation and scandal at Ohio State University, the school he has committed to playing at for his collegiate football career. 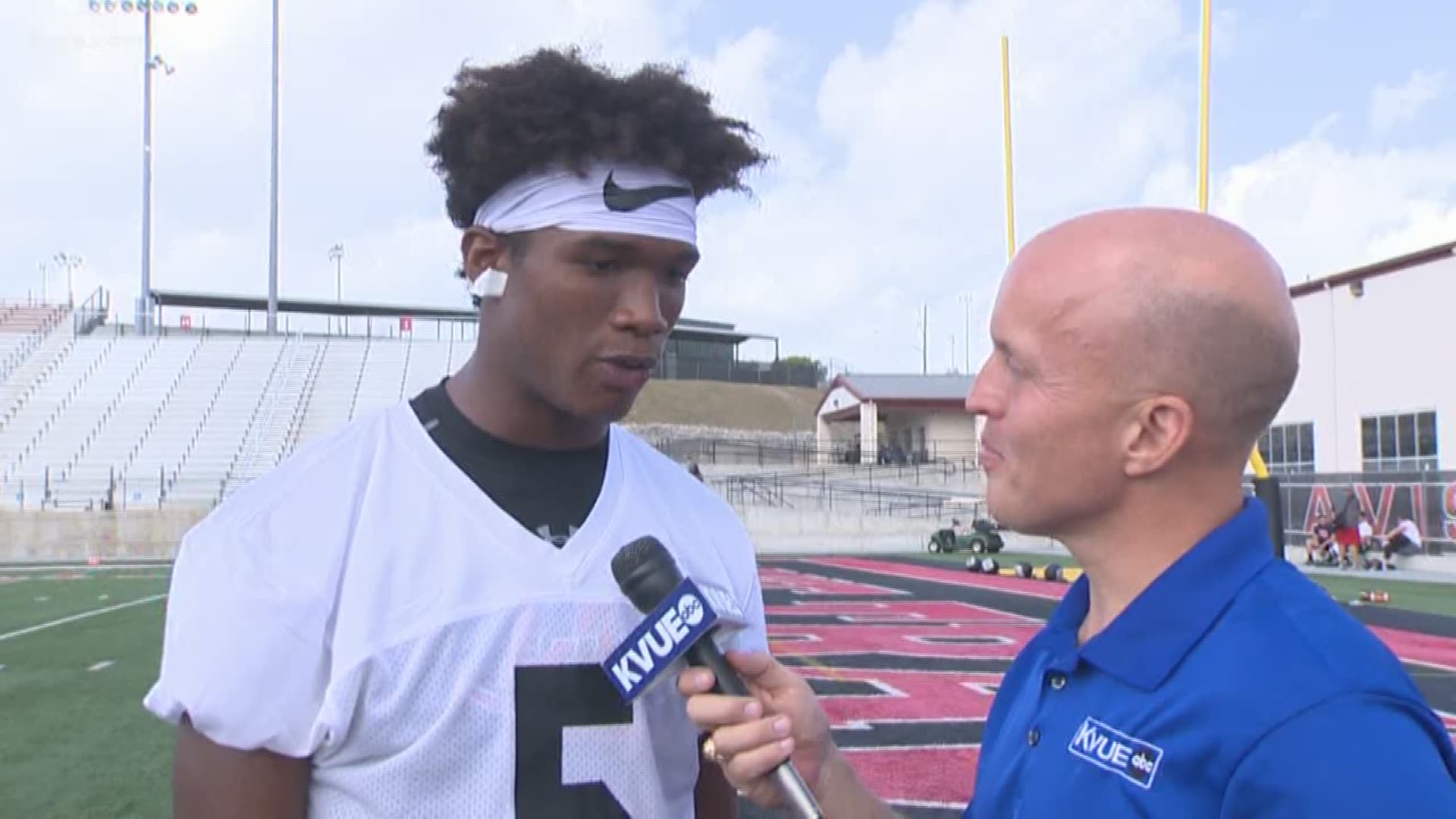 But before then, all eyes will be on the senior receiver, Garrett Wilson.

Arguably the top prep receiver in the country, Wilson is committed to Ohio State University. Wilson respectfully declined to discuss the recent scandal involving former Buckeyes’ receivers Zach Smith, who was fired by OSU ahead coach, Urban Meyer back in July.

Wilson did tell us he has learned quite a bit in how to conduct himself on social media. Wilson said he watched the Ohio State investigation unfold on Twitter, including the opinions about Zach Smith, the former Ohio State receivers coach who recruited Wilson. Smith is accused of domestic violence by his ex-wife.

Garrett added that he wants to focus his energy on his team and helping to lead the Cavs to a seventh state championship.