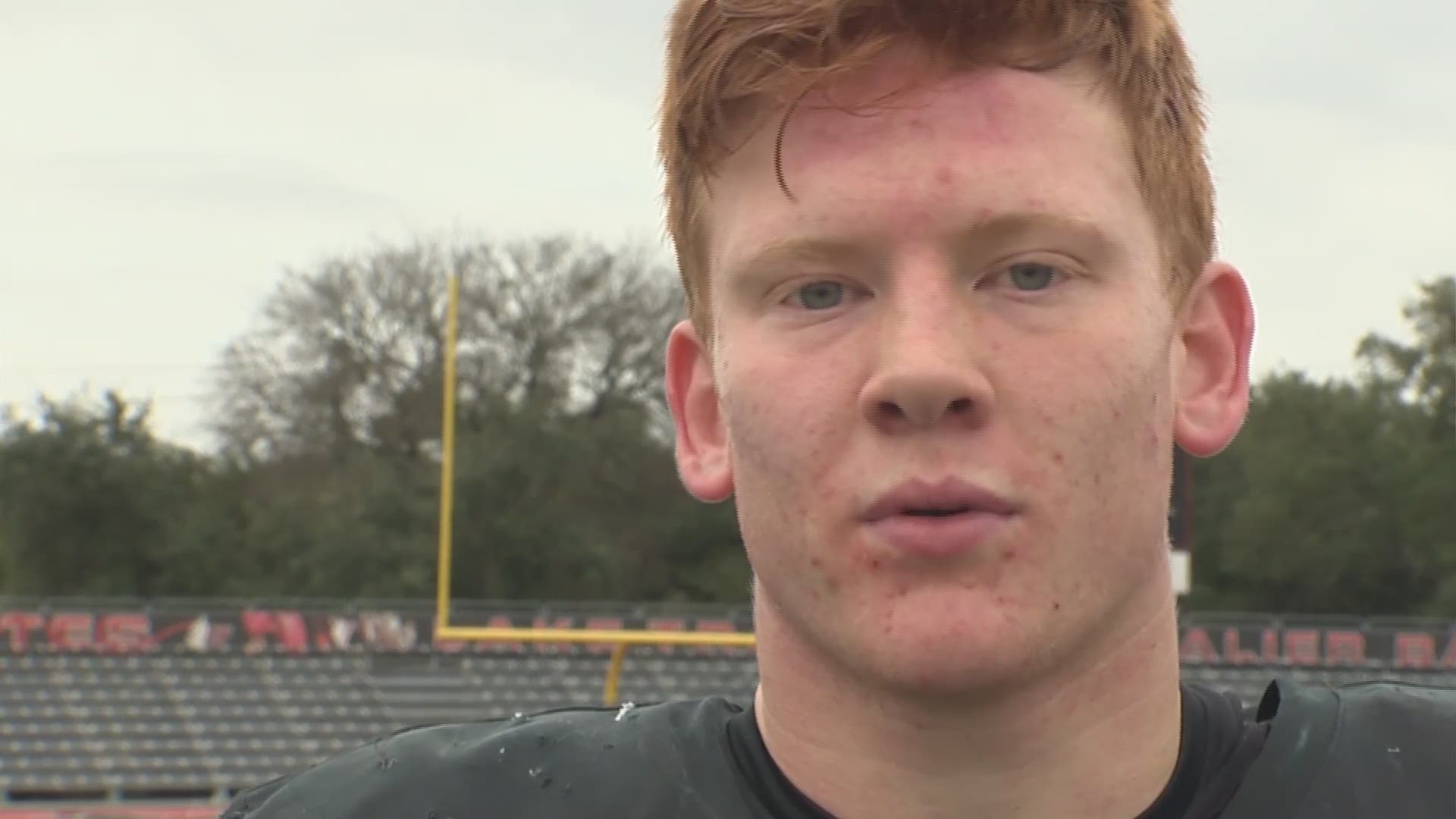 AUSTIN — The Lake Travis Cavaliers' one loss this season was an experience where doubt began to sink in.

"Ever since that Westlake game, we were put down by people saying we weren't as much as Lake Travis used to be," said Lake Travis defensive back Hunter Henry.

Way back on Oct. 12, the Cavs were embarrassed by their Westlake rivals after losing by 30 points.

What many aren't aware of is that Lake Travis was banged up with injuries at that time. But that loss was a time for the Cavs to hit the reset button.

"I think it motivated us a little bit," said Cavs quarterback Hudson Card. "But at the same time we had to go do our thing. I think it set a little bit of a fire under us."

"After that Westlake game, we went through a period of doubt. A lot of people looking at us not the way they usually look at Lake Travis," said Lake Travis receiver Garrett Wilson. "So we wanted to prove everyone wrong."

Seven straight wins including four in the postseason, winning by an average margin of four touchdowns.

"I don't think our team has peaked yet," said Cavaliers head coach Hank Carter. "That's the message I've been telling our guys. We just got to go beat a tough North Shore team."

If the Cavs beat Galena Park North Shore at Houston's NRG Stadium Stadium, Lake Travis will play for a state championship in Jerry World for the fourth consecutive season.