Brett Baty and Jimmy Lewis have led the Cavs to the first state tournament appearance in their head coach's career. 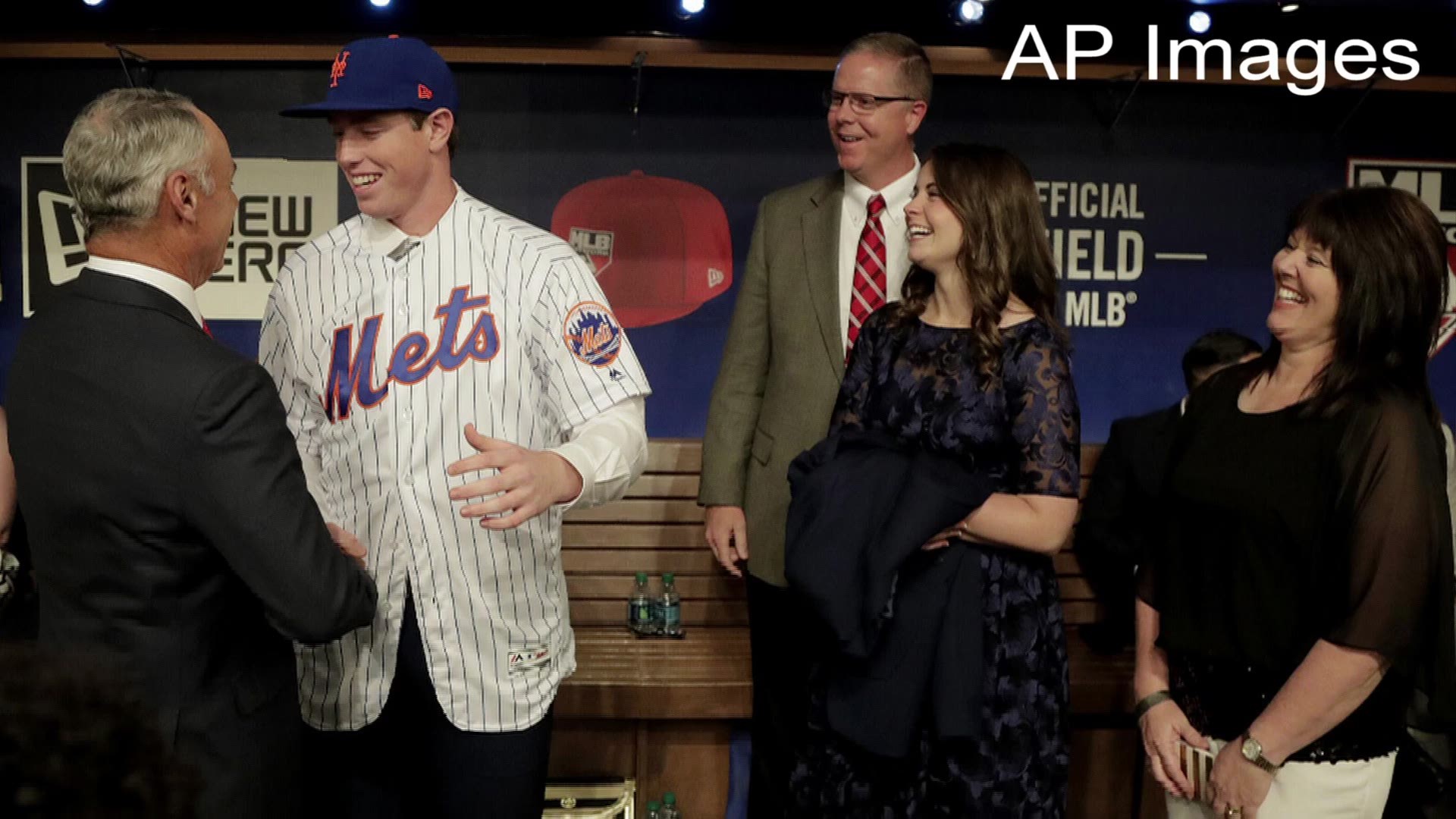 Makes you wonder why the future New York Met didn't sleep in.

"Because we're going to the state tournament, it's my team – I can't leave them in the dust," said Lake Travis Cavaliers third baseman Brett Baty.

It's the same team that appears to be made for this, a team destined for a state championship. It's a team making this run without their ace, their top gun.

For nine games, the Cavs have managed to survive and will themselves to playoff victories without their No. 1 pitcher, Jimmy Lewis.

"God has a plan for everybody and I'm trusting in the plan. And, I trust in the path he has for me," said Lewis.

Just like Baty, Lewis has a decision to make – head to Louisiana State University or become a part of the Dodgers franchise.

"It's going to be tough. I think it will come to me, so we'll see soon," said Lewis.

But both of the Cavs' MLB draftees can agree on one thing, winning a state title this weekend is all that matters at the moment.

"It's just a good feeling to be where we are right now. It's testament to Coach Rogers and all of his hard work – so happy for him," said Baty.

This will be the first-ever UIL State Tournament appearance for Rogers, who is in his 38th year of coaching baseball.

Lake Travis will meet Southlake Carroll Friday night in a 6A state semifinal game. First pitch at Dell Diamond in Round Rock is at 7 p.m.

Lake Travis, Georgetown, and Blanco are all headed to state!