One more playoff win will send both Lake Travis and Liberty Hill to state championship games. 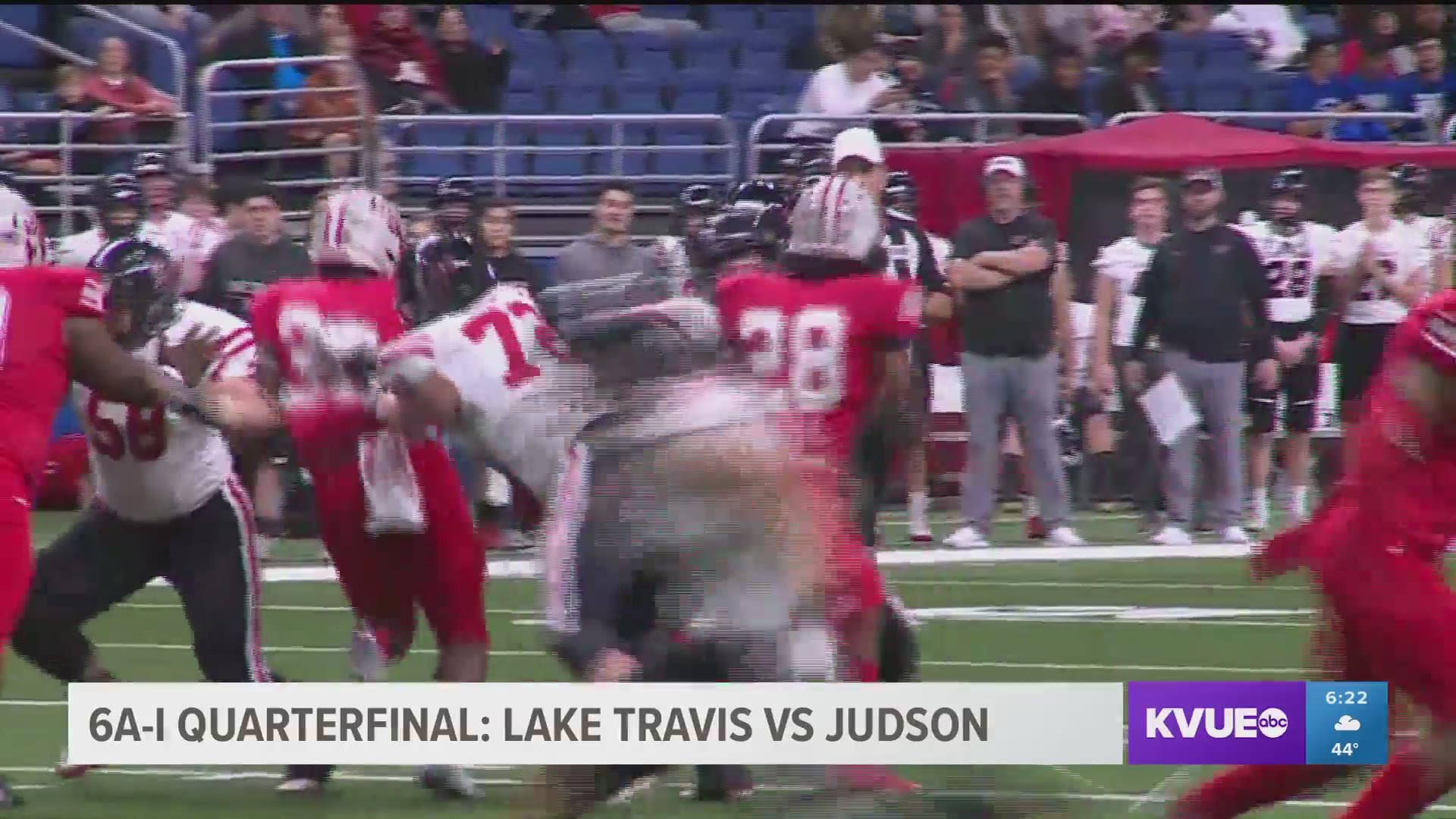 The Lake Travis Cavaliers advanced to the 6A Division I state semifinals after eliminating Converse Judson, 38-21, at the Alamodome in San Antonio.

This was a rematch from a playoff last year in Austin.

Hank Carter's Cavs struggled early, but pulled away in the second half. Ohio State commit and Cavaliers receiver Garrett Wilson finished the day with three touchdowns. All three receptions were from quarterback Hudson Card.

Lake Travis will meet the winner of the quarterfinal playoff game between Cy Fair and Galena Park North Shore.

Meanwhile, the Liberty Hill Panthers experienced a similar game against La Vernia in their 4A Division I state quarterfinal game. Liberty Hill rallied back to knock off La Vernia, 35-17.

The Panthers will meet Carthage in a state semifinal game.