An Austin mural honoring the late Kobe Bryant was defaced with the word "rapist" only hours after its unveiling. The artist told KVUE he has already fixed it. 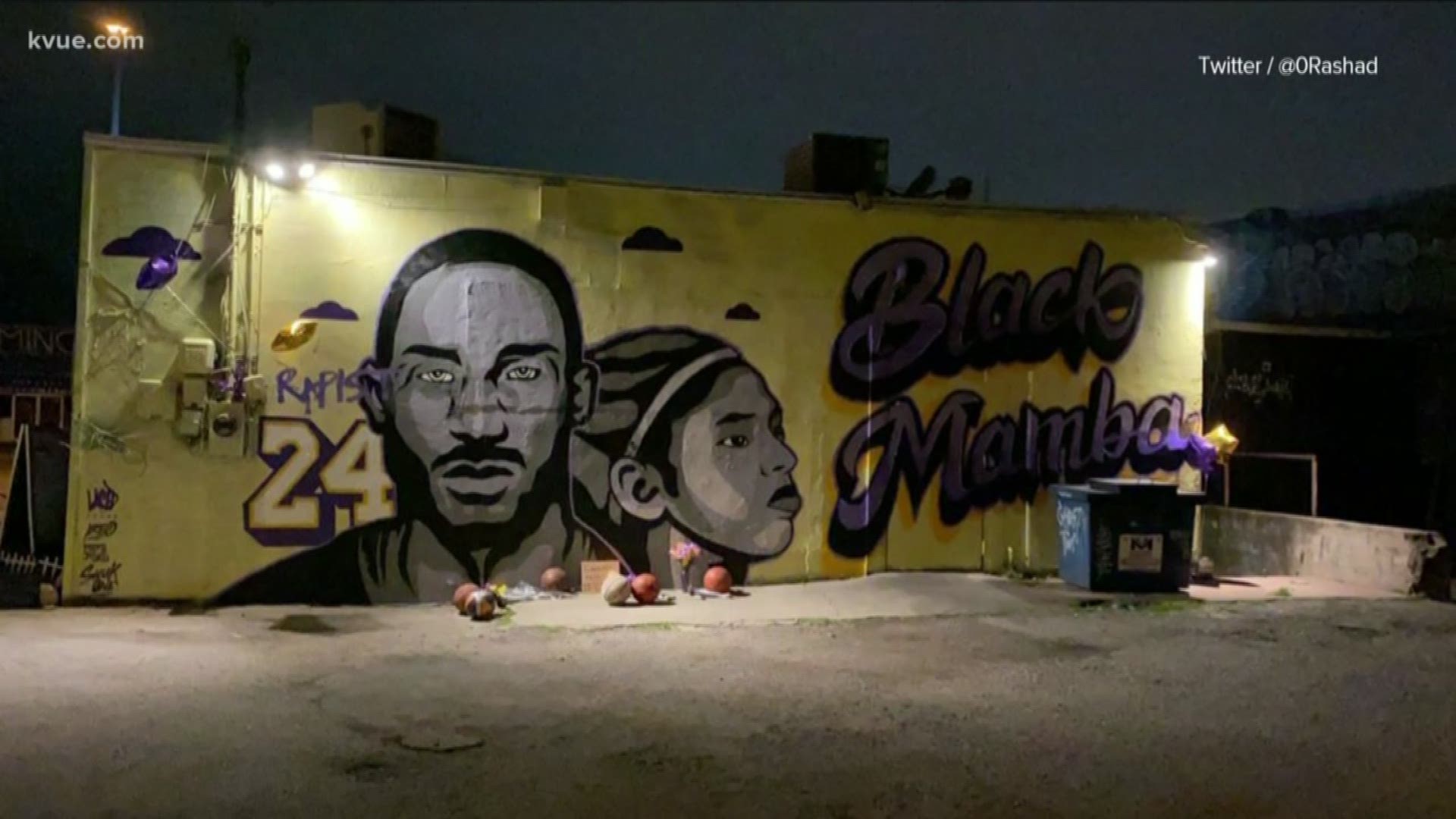 AUSTIN, Texas — Hours after an Austin artist unveiled a mural honoring the late Kobe Bryant, the artwork was defaced with the word "rapist."

The defacing was captured by an Austinite on Twitter (@0Rashad).

"Went pay my respects to Kobe but the mural has already been defaced (?)," he tweeted.

KVUE confirmed with the artist that his mural was defaced and he said he already went to the site to fix it.

“I believe everyone has their own beliefs and opinions on various matters," artist Laced and Found told KVUE. "Nonetheless there are ways to go about speaking and voicing personal thoughts. This was disrespectful to the Kobe family, the city of Austin, the fans and the artists who put some serious hard work and emotions into the piece. We will continue to fix this piece and prolong it as long as possible for the community to have it as their own.”

Bryant was accused of sexual assault by a 19-year-old woman working as a front desk clerk in Colorado. Bryant was 24 years old at the time of the accusation and the case was ultimately dropped by prosecutors in September 2004 after the accuser decided she would not testify. According to the LA Times, a medical examination eventually became problematic for the accuser because DNA evidence suggested she had sex with someone else in the 15 hours after the alleged rape and before the exam – a claim denied by prosecutors.

A civil suit was later settled out of court in March 2005.