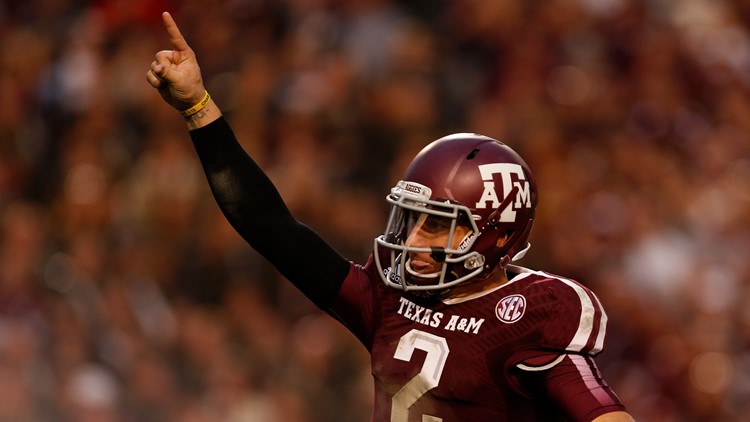 A search for a suspect is underway after someone stole Johnny Manziel's football uniform from the A&M's Hall of Champions.

The Texas A&M University Police Department posted a photo of a person of interest, who they asked the public to help identify Thursday afternoon. Police later reported the person was identified but didn't reveal further details.

In a post on their Facebook page, police said they suspected the uniform was stolen on Aug. 26.

According to the Bryan-College Station Eagle, police estimated the uniform's value at $925.

During his time playing with A&M, Manziel was the first freshman in college football history to win the Heisman Trophy.

He went on to play with the NFL when he went 22nd overall in the 2014 draft. He played two seasons with the Cleveland Browns before he was released.

He then played for the Canadian Football League and later with the Alliance of American Football, which suspended games in April.

In 2018, Manziel revealed to ABC News he was diagnosed with bipolar disorder, which he said led to his struggles with depression and alcohol abuse.

"At the end of the day, I can’t help that my wires are a little bit differently crossed than yours," he said. "I can’t help my mental makeup of the way that I was created."

Police have asked anyone with information on the theft contact Det. Dudley at 979-845-6712 or email him at cdudley@tamu.edu.

RELATED: The CFL has cut ties with Johnny Manziel

RELATED: Johnny Manziel is OK after being hospitalized for reaction to prescription medication

RELATED: Manziel to judge: 'I need to get my life in order'