Jackie Robinson's connection to Huston-Tillotson is thanks to a connection with Karl Downs, someone Robinson considered a "father figure." 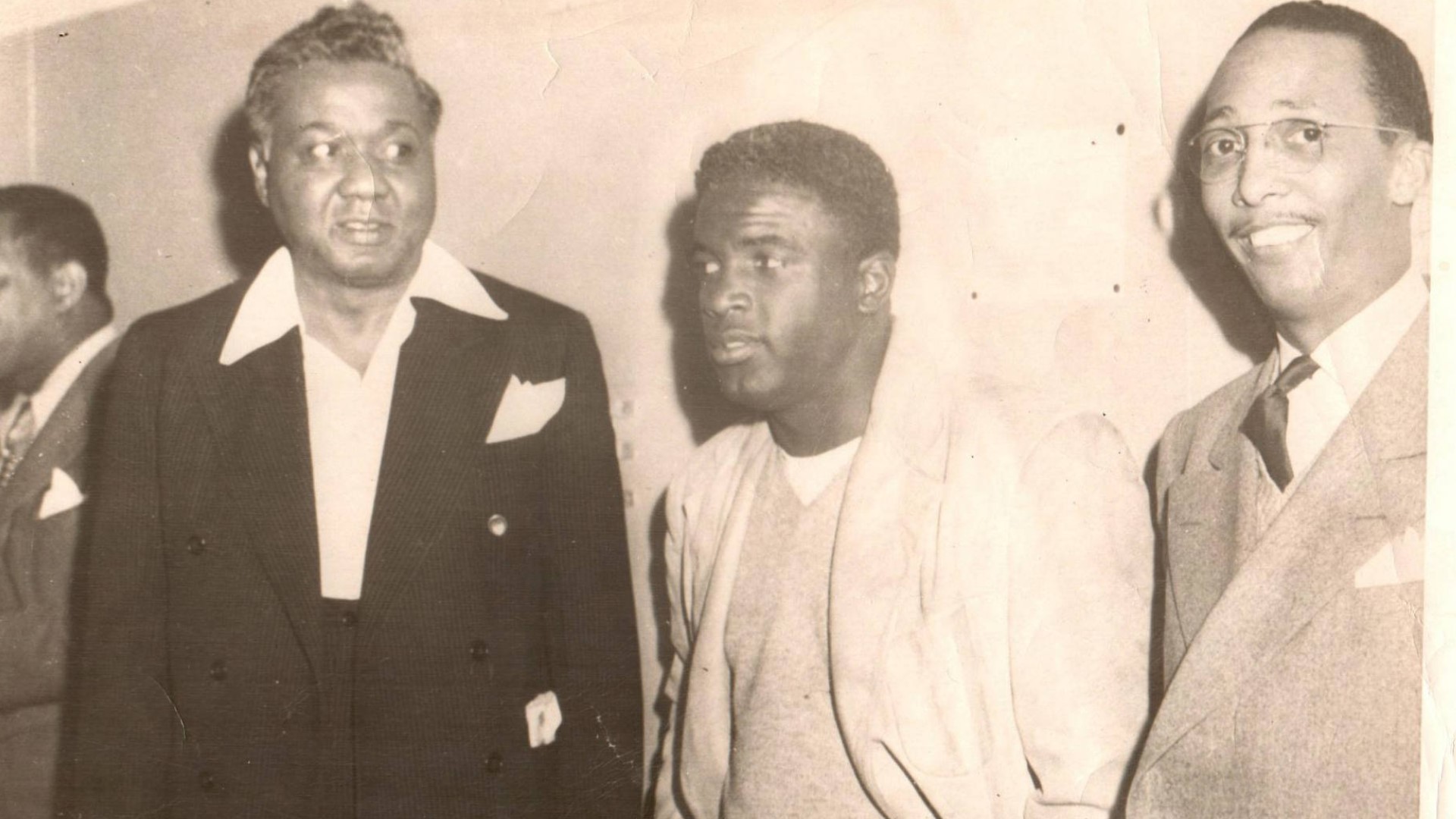 AUSTIN, Texas — If we told you the Jackie Robinson story was an Austin story, would you know what we're talking about?

If we told you Robinson considered an Austin man his father figure, would you know whom we were talking about?

On this Jackie Robinson Day, our central focus is on Central Texas and Huston-Tillotson University.

Back when it was Samuel-Huston College, the historically Black college in Austin had two historical figures on campus between 1944 and 1945. One of them was university president Karl Downs.

“[He was] young, vibrant and had a strong voice,” university archivist Danielle McGhee said.

The other was a man with very similar qualities. It was newly hired athletic director and basketball coach Jackie Robinson.

Henderson said he was initially surprised, but after a while it made sense.

“You’re just not coming to coach basketball here at Huston-Tillotson University; it’s a little bit more than that,” he said.

Downs hired Robinson the year before his baseball career took off. It was the year after he was discharged from the military for refusing to sit in the back of a bus.

“You see that he’s at Fort Hood and then you see that he’s in the Negro Leagues, and there is a big gap. And the big gap is Huston-Tillotson University,” Henderson added.

Before Jackie Robinson broke baseball's color barrier, he was a basketball coach in Austin.

Tonight on @KVUE at 10: The story behind Robinson's connection to Huston-Tillotson and the man he considered his father figure.@HTAthleticsRams | @HustonTillotson pic.twitter.com/WaShpD9wJY

Records of Robinson's one season in Austin hardly exist.

“I don’t have those details,” McGhee said.

The memories are hit or miss.

“They didn’t write a whole lot of things down,” Henderson said.

But we know it happened, in part because Robinson confirmed it in his autobiography.

“There was very little money involved, but I knew that Karl would have done anything for me, so I couldn't turn him down," Robinson said in "I Never Had it Made."

“With his demeanor, his attitude, his athletic abilities, all of those things, I do kind of attribute some of those things back to Dr. Downs,” she said.

“Dr. Downs saw right where he was at. He picked him up, and he allowed him to be better than what he ever thought he could be,” Henderson said.

The rest is history. It's history that would be incomplete without the story of a season in central Texas.