It's a do-or-die series for UT baseball vs. Oklahoma

The Longhorns must sweep the Sooners to control their destiny to the Big 12 Baseball Tournament. 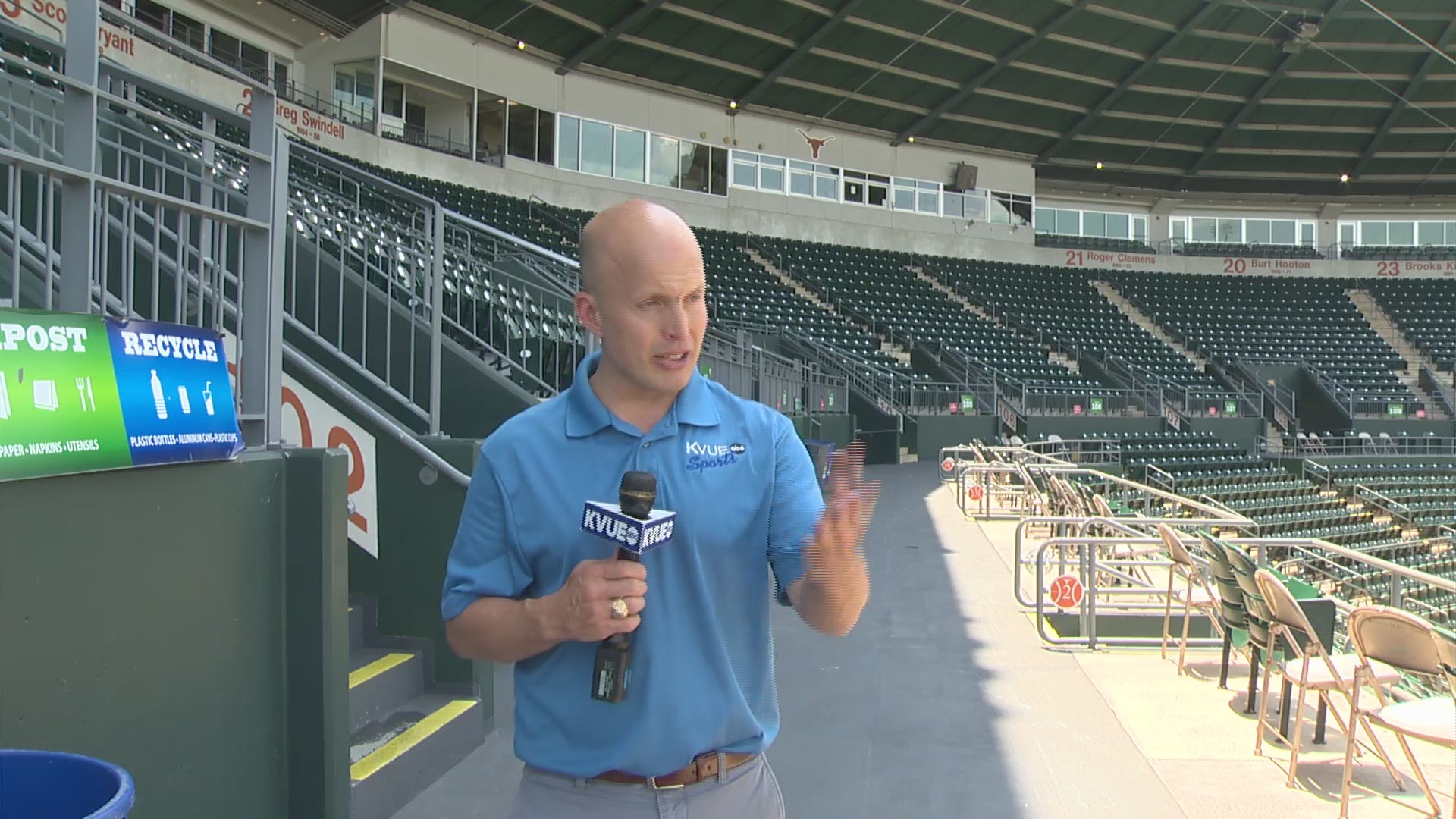 AUSTIN, Texas — Baseball can be an extremely cruel game.

Ellis described UT's finish to the regular season the best. Since the beginning of April, the Longhorns have lost 14 of 20 games. This was a team that was ranked in the national top 10 earlier in the season.

Currently, UT is in the basement of the Big 12 standings at 6-14. It's not an enviable position to be in -- ninth in a nine-team baseball league. Only the top eight advance to play in next week's Big 12 Tournament in Oklahoma City.

But surprisingly Texas controls their destiny to OKC. The catch is UT must sweep the University of Oklahoma at Disch-Falk Field beginning on Thursday evening.

"It's baseball. It's the most frustrating sport in the world," said Ellis. "You just got to keep your head up and keep trotting on."

Texas got a much-needed mid-week non-conference win on Tuesday night against Incarnate Word as they head into the regular season finale against OU -- a do-or-die series.

Texas must win at least two games of their three-game set against OU just to make the Big 12 Tournament, but will need help from the University of Kansas if UT drops one game to OU.

"Winning is hard. You've got to stick with your guys and you've got to understand that they're trying," said third-year Texas head coach David Pierce. "We don't want them putting so much pressure on themselves and I think that's where we got to."

A combination of six one-run losses since April and failures by the pitching from the bullpen is a sign of youth.

"It was great to see us come out of the break last night [a 9-0 win vs. Incarnate Word] and play such a really clean game, and that gives us hope and encouragement going into the weekend," said Pierce.

Since baseball is loaded with superstitions and changes to routines to correct slumps, a UT outfielder made a change to his hairstyle.

"I actually shaved my head into a mohawk -- trying to get some mojo going," said Ellis.

If Kansas doesn't sweep Kansas State, Texas will have to sweep the Sooners and Duke Ellis' hair may be the reason why that will happen.

The first pitch of game one against Oklahoma is Thursday evening at 6:30 p.m.