Luke McSwain wrote to Allen Hurns, telling him, "I prayed four times for you." Hurns suffered a severe ankle injury during the NFC Wild Card Playoff match against the Seattle Seahawks. 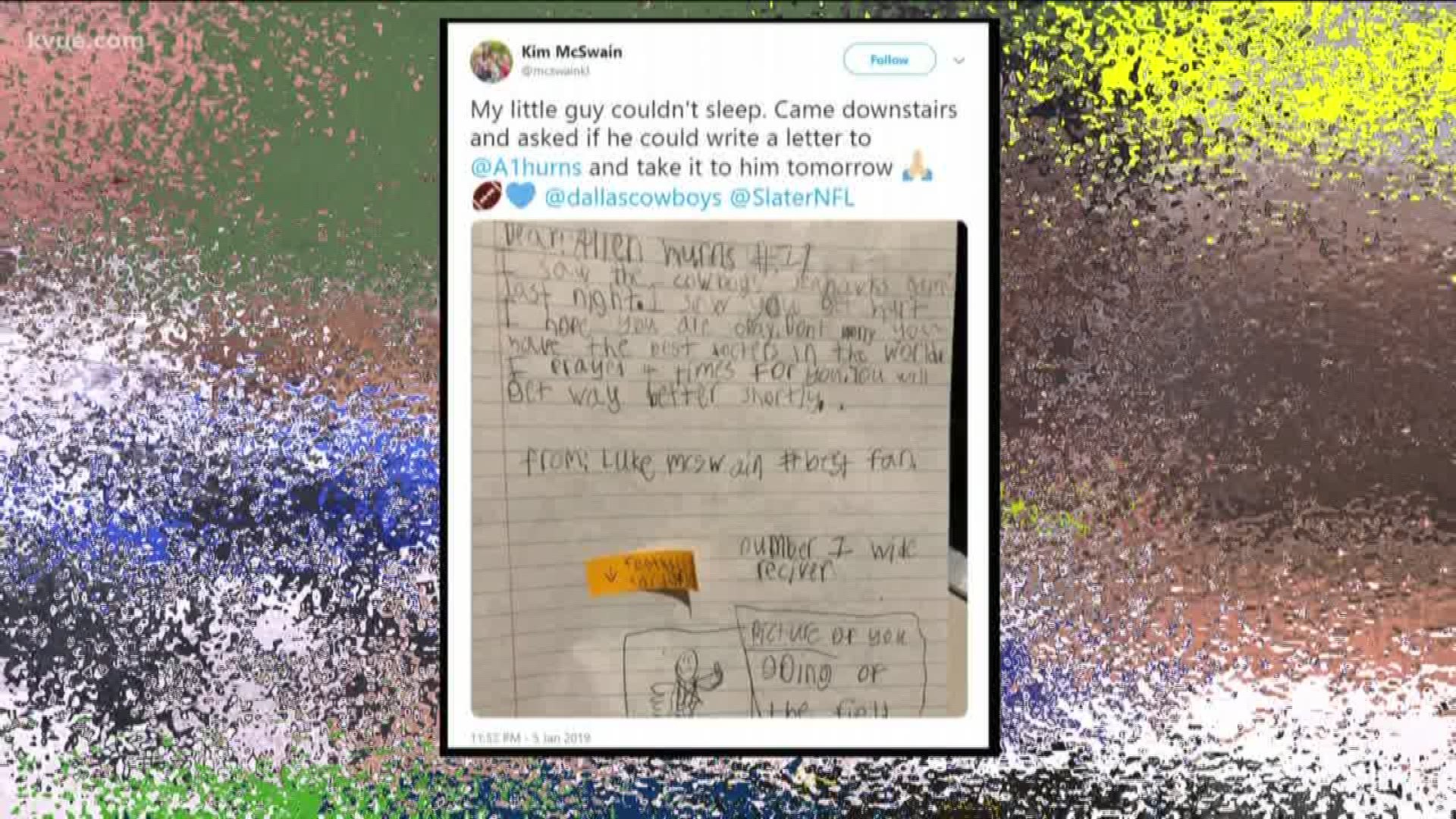 It was a lower left injury that was sickening and tough to watch at home, and for his teammates and opponents on the field.

"So, when you see a guy like that go down, it hurts," said Dallas quarterback Dak Prescott during the postgame press conference. "Just seeing how nasty that was, it hurts a lot."

Cowboys shock critics, advance to divisional round of playoffs

Dallas won the game 24-22 and advanced to the divisional round of the playoffs. Meanwhile, Hurns had surgery that night.

The NFL Network's Jane Slater tweeted that she spoke to Hurns on Sunday. The Cowboys receiver told her he finished surgery on his broken fibula and said, “I’ll be good to go by the beginning of the season.”

Slater also tweeted about the son of her friend, a young Cowboys fan, who wrote the letter to Hurns.

My friend’s son Luke was incredibly distraught after seeing @A1hurns injury last night. She said he couldn’t sleep and wrote him this letter. 😢 pic.twitter.com/KJTdA0wbNF

I saw the Cowboys-Seahawks game last night. I saw you get hurt. I hope you are okay. Don't worry, you have the best doctors in the world. I prayed four times for you. You will get way better shortly.

My little guy couldn't sleep. Came downstairs and asked if he could write a letter to @A1hurns and take it to him tomorrow 🙏🏼🏈💙 @dallascowboys @SlaterNFL pic.twitter.com/r2AdZLBzuQ