The pressure to live up to past performers has now turned into pressure to win a state championship. 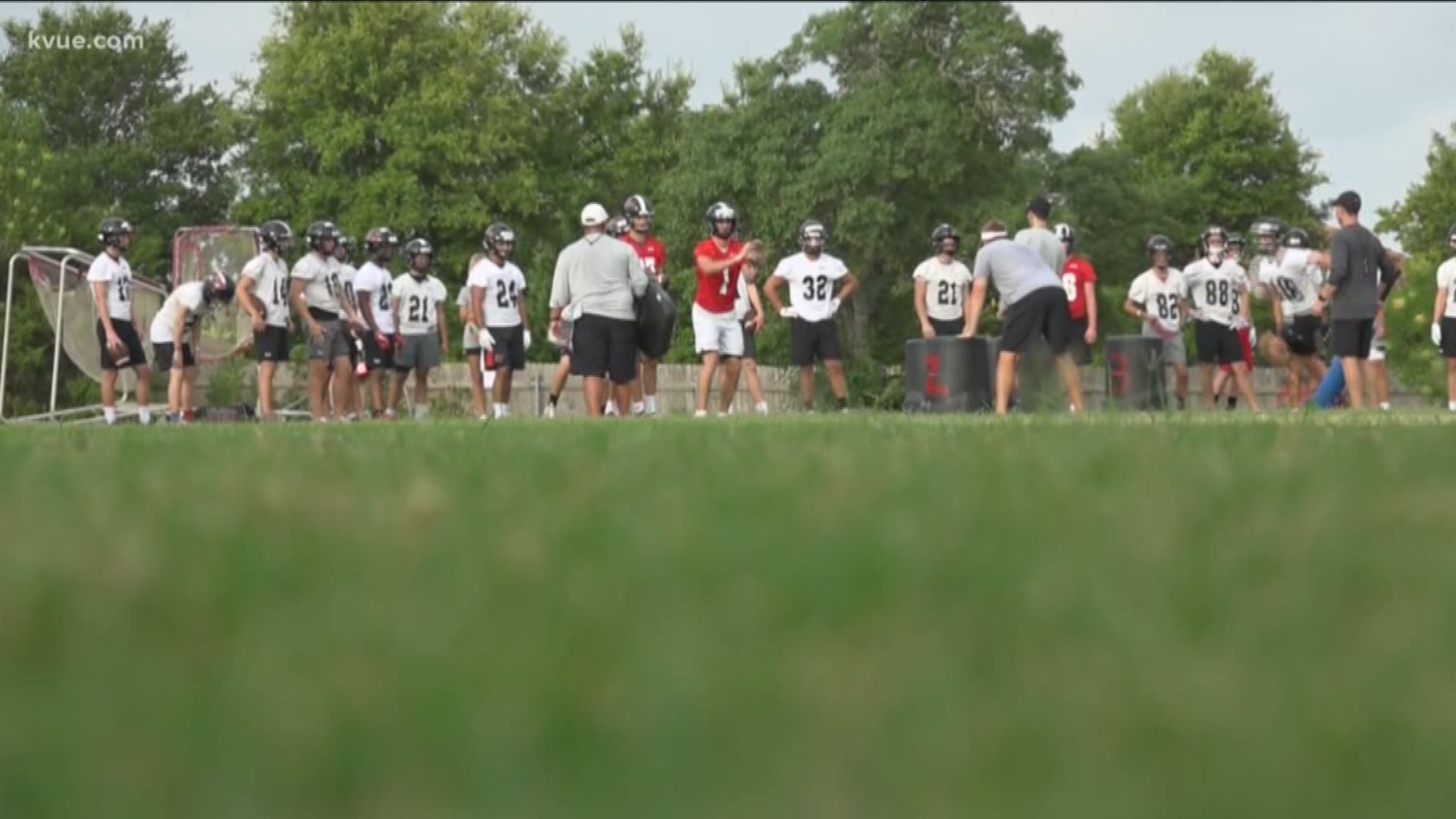 AUSTIN, Texas — The pressure of being the starting quarterback of Lake Travis High School is overwhelming, sometimes mind-numbing.

You're living in the shadows of Heisman winner and No. 1 overall pick Baker Mayfield. You have to live up to the standards of the Brewer brothers, Michael and Charlie.

Between the three of them and Todd Reesing (Kansas), Garrett Gilbert (Texas, SMU), Collin Lagasse (SMU), Dominic DeLira (Iowa State) and Matthew Baldwin (Ohio State, TCU), the past eight starting quarterbacks for the Cavs have gone on to play at a Division I school.

Current starter Hudson Card will make it a ninth, and all of this pressure is exactly what he signed up for.

"It means a lot to be quarterback here," he said. "It takes a great role of responsibility. A lot of great players in the past and I'm just trying to do my thing and play my role."

"When you try out for quarterback here you kind of know that stuff is coming," head coach Hank Carter said.

The pressure sure didn't get to Card in his first season as the starter.

More than 3,500 yards and 50 touchdowns passed that test with flying colors.

Perhaps it was because he already had experience on the most important stage. He was thrust into the 2017 State Championship Game after Matthew Baldwin was knocked out on the first play.

"I wouldn't say intimidating – it was more excitement," Card said. "It's everything that I've wanted to do."

The success has him committed to the University of Texas and has also placed a bundle of pressure squarely on his shoulders to deliver Lake Travis a state championship in his senior season.

"There's really only one thing left for his resume that's empty and that's to win a state championship," Carter said.

"I think when it's all said and done he's going to be talked about with some of those other guys that are playing on Saturdays and Sundays right now," he added. "He'll certainly be in the discussion for one of the better ones that's played here."