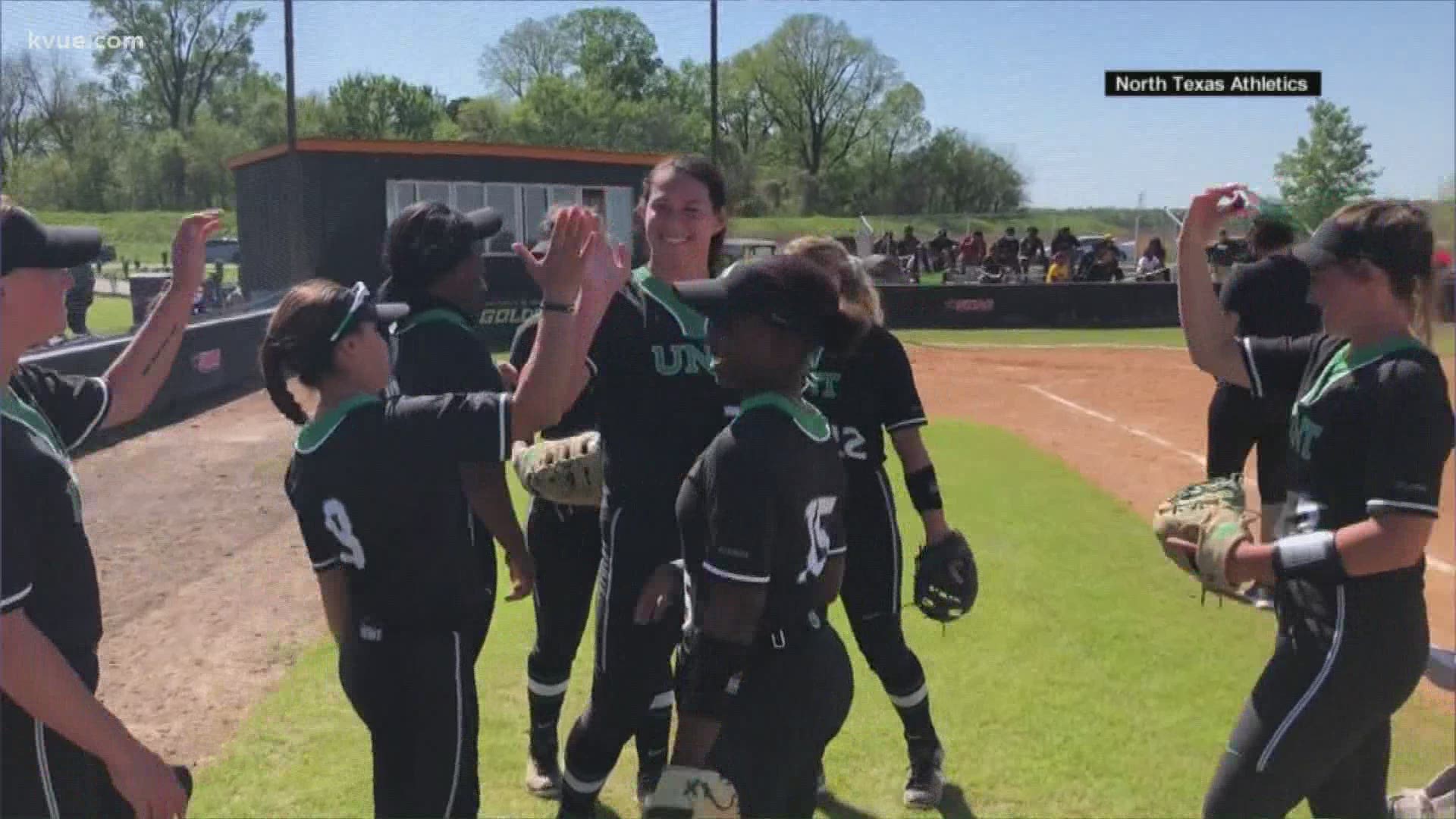 Trautwein threw the perfect game Sunday, striking out all 21 Arkansas-Pine Bluff batters she faced in a 3-0 victory.

NCAA records list two other pitchers with 21 strikeouts in a seven-inning game, but neither of those were perfect games. Alabama's Alexis Osorio had a 21-K game against Fordham in 2018, and California's Michele Granger did that against Creighton in 1991.

The final out of the programs first ever PERFECT GAME ‼️@hopetraut goes the distance!

Trautwein, a senior from Pflugerville, Texas, also had 21 strikeouts in a seven-inning game in her first start this season. But the right-hander also gave up five hits and two runs in a 6-2 win against Southeastern Louisiana on Feb. 13.

The NCAA single-game record for strikeouts is 28, by Northwestern's Eileen Canney in an 18-inning game against Minnesota in 2006, and Baylor's Cristin Vitek in 16 innings against North Carolina in 2004.