During the celebration, Todd Dodge announced he and the Chaps would take on his son, Riley, and the team his son coaches – Southlake Carroll – in 2020. 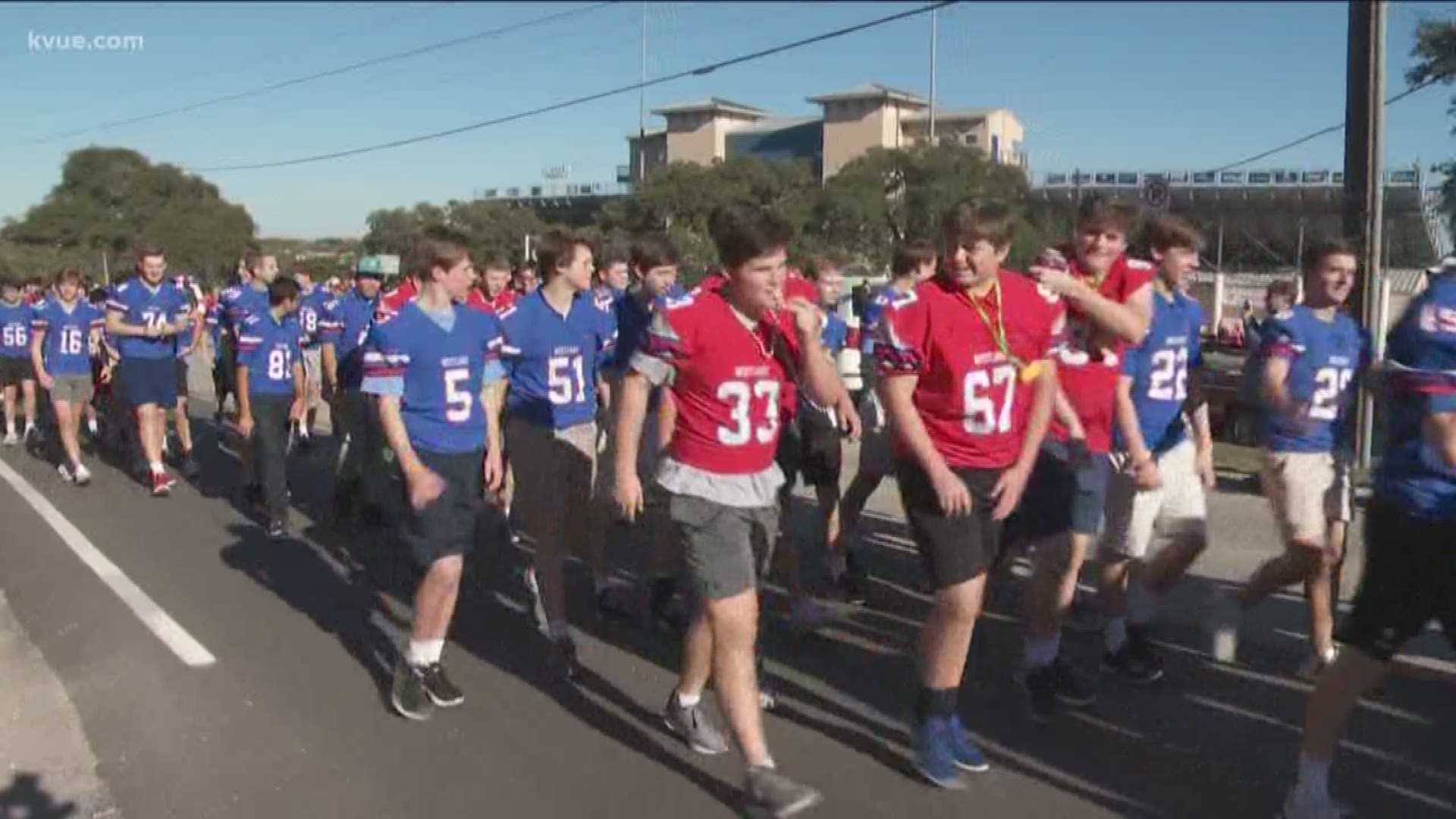 WESTLAKE, Texas — The Westlake Chamber of Commerce, Eanes ISD and the Chap Club hosted the Westlake Parade of Champions on Sunday, Jan. 26, to celebrate its second UIL state championship in school history.

Parade-goers marched from the main entrance of Chaparral Stadium and made a left turn on Camp Craft Road and headed toward Westbank Drive. The motorcade turned left on Westbank and then made another left turn to the entrance under the school’s marquee sign near the Westlake Community Performing Arts Center.

Vehicles and marchers traveled in front of the performing arts center, then proceed passed the Ken Dabbs Athletic Fieldhouse and ended the parade route in front of the main entrance to Chaparral Stadium.

During his speech, Dodge announced he and the Chaps would take on his son, Riley, and the team his son coaches: Southlake Carroll.

James Baker, the head soccer coach, also spoke at the ceremony, where he praised the football team's historic accomplishment.

“I grew up a Westlake kid. You have no idea what you’ve done," Baker said. "You’ve inspired a whole generation of kids to reach for what you’ve accomplished. My kids want to play football because of you.”

Westlake's second title comes after the 2019 team shutout Denton Guyer, 24-0. It was the school's first state championship since 1996, when the team was quarterbacked by NFL legend Drew Brees.