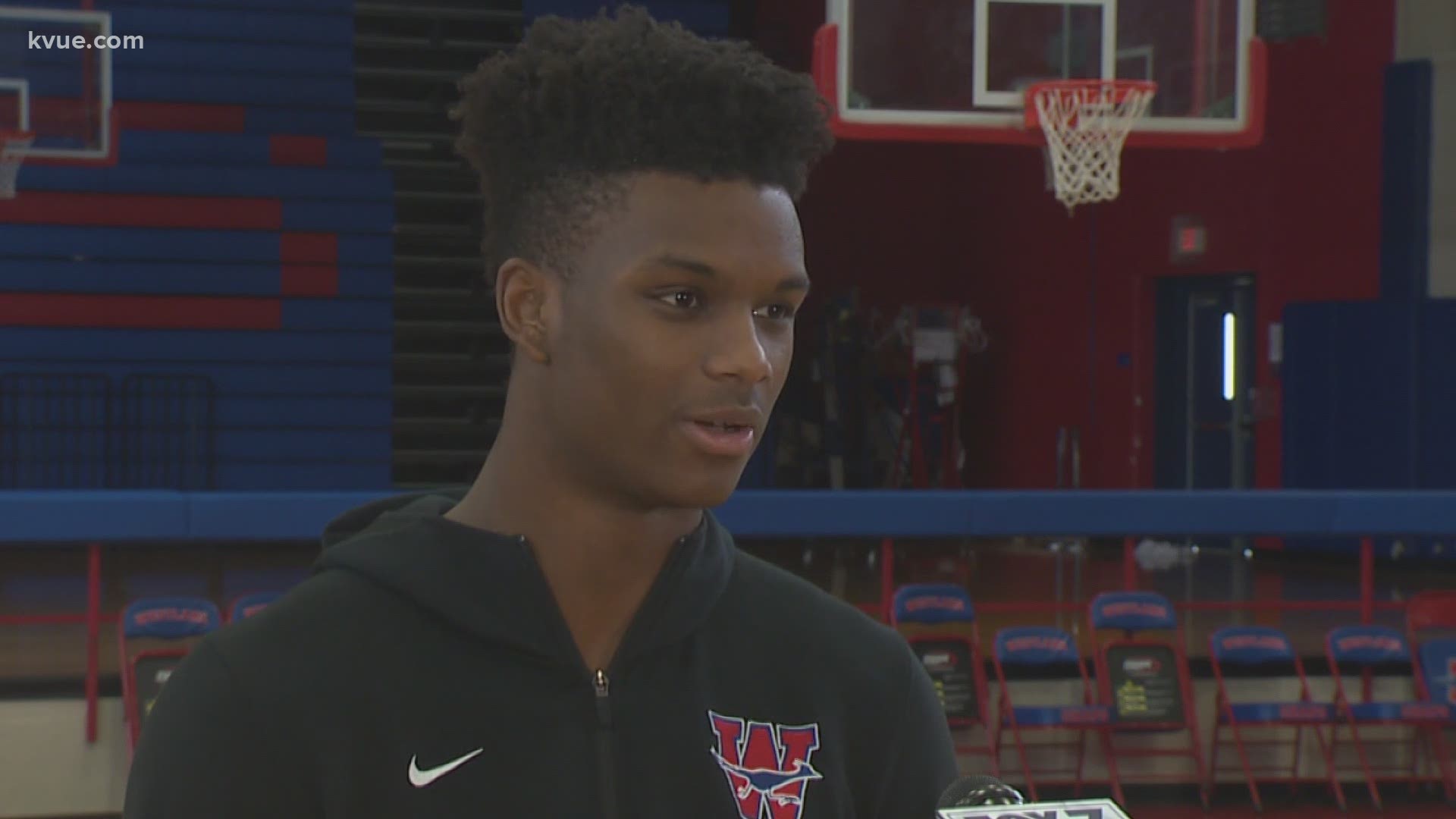 They'd become just the third high school in Texas history to win both in the same year at the UIL's highest classification, joining Duncanville in 1998-99 and Allen in 2017-18.

Westlake would be the first from Central Texas.

“Of course, we feel like we have to show what we can do a little bit because when you think of Westlake, you automatically think of football," senior forward and Kansas commit KJ Adams said. "That adds a little fire to what we do.”

“If we don’t get it done, then you have to go get a job somewhere else, is pretty much what they said,” Head Coach Robert Lucero said of his conversations with the football staff.

In case you're wondering, two schools have won a football championship and a boys basketball state championship in the state's largest classification. Westlake will have a chance to join Duncanville (1998-99) and Allen (2017-18) Saturday.

It's all in good spirit at the end of the day, though.

“[Defensive coordinator Tony] Salazar, he’ll be the biggest cheerleader in text and he’ll send me some stuff that gets me fired up where I’m like, 'Man, now I know why those guys play so hard for him on defense,' because he’s got me fired up ready to practice and it was, like, 10 o’clock at night,” Lucero added.

For sophomore forward Jaden Greathouse, Saturday's matchup presents a chance to win his second state title in as many months.

He's the lone football-basketball athlete on the Chaps roster.

"Football shape and basketball shape are definitely a lot different," he said. "Those first practices, it was kind of hard to breathe because you're running up and down the court a lot."

His football team held up its end the bargain. His basketball team is one win away from following suit.

Tipoff between Westlake and Duncanville for the 6A state championship is at 7 p.m. on Saturday from the Alamadome in San Antonio.