The sophomore hurdler earned his way to the state championship meet and has turned his disability into a strength. 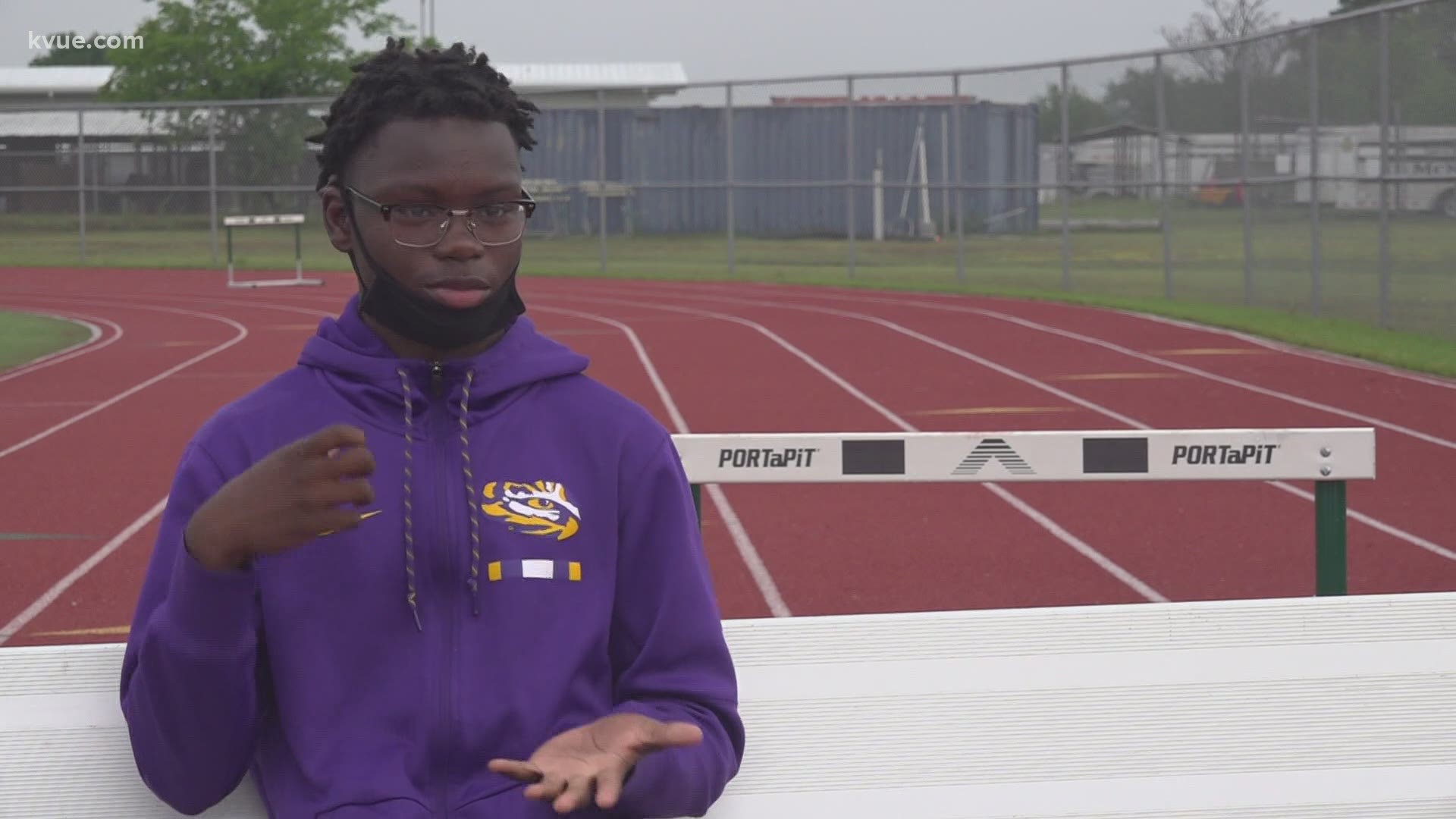 AUSTIN, Texas — McNeil High School is home to one of the fastest athletes in the state. Jarvis Anderson's personal record of 37.95 seconds in the 300-meter hurdles makes him the fourth fastest hurdler in 6A this season.

"He always rises to the occasion, whether it’s football or track," said Cody King, Anderson's coach. "He’s a joy to be around and a straight competitor."

Born deaf, Anderson's ability and desire to compete have helped him bond with teammates and friends from a young age.

"My friends learn some signs, and we run and train together," Anderson said. "Because I’m deaf, I just can’t hear, but I still can feel. Some people think, 'Because he’s deaf, he can’t be that fast,' but it really helps me focus. And once I start, people are like, 'Wow!'"

Surprising doubters is nothing new to Anderson. He recalled his earliest memory of shocking other athletes.

"I was only like five years old, in AAU [the Amateur Athletic Union] – I ran a 400, and they were like, ‘What? He’s deaf? He’s in good shape, man!' Other people were all panting and I walked away like, 'No problem!'"

Meets are "no problem," and practice isn't a problem either thanks in part to Melanie Moucatel, Anderson's interpreter who is at every sporting event with him.

"We always have Melanie, the interpreter, here and she does a great job of always being there to let him know what he’s running, what his times are, where he’s at," King said. "She puts in coach's hours. I tell her she's like an assistant coach."

"I became an interpreter because my daughter was born deaf and she was an athlete," Moucatel said. "I just want to continue to see the deaf kids get involved."

Next up for Anderson is the state track meet – and his goal is simple.

“I’m ready, I’m excited. I want to win the championship," Anderson said. "I want to stand on the top!”