UIL state championships: Wimberley Texans to square off with Pleasant Grove Hawks for 4A title

Wimberley appears in their third state championship in school history. The Texans won both of their other appearances in 2005 and 2011. 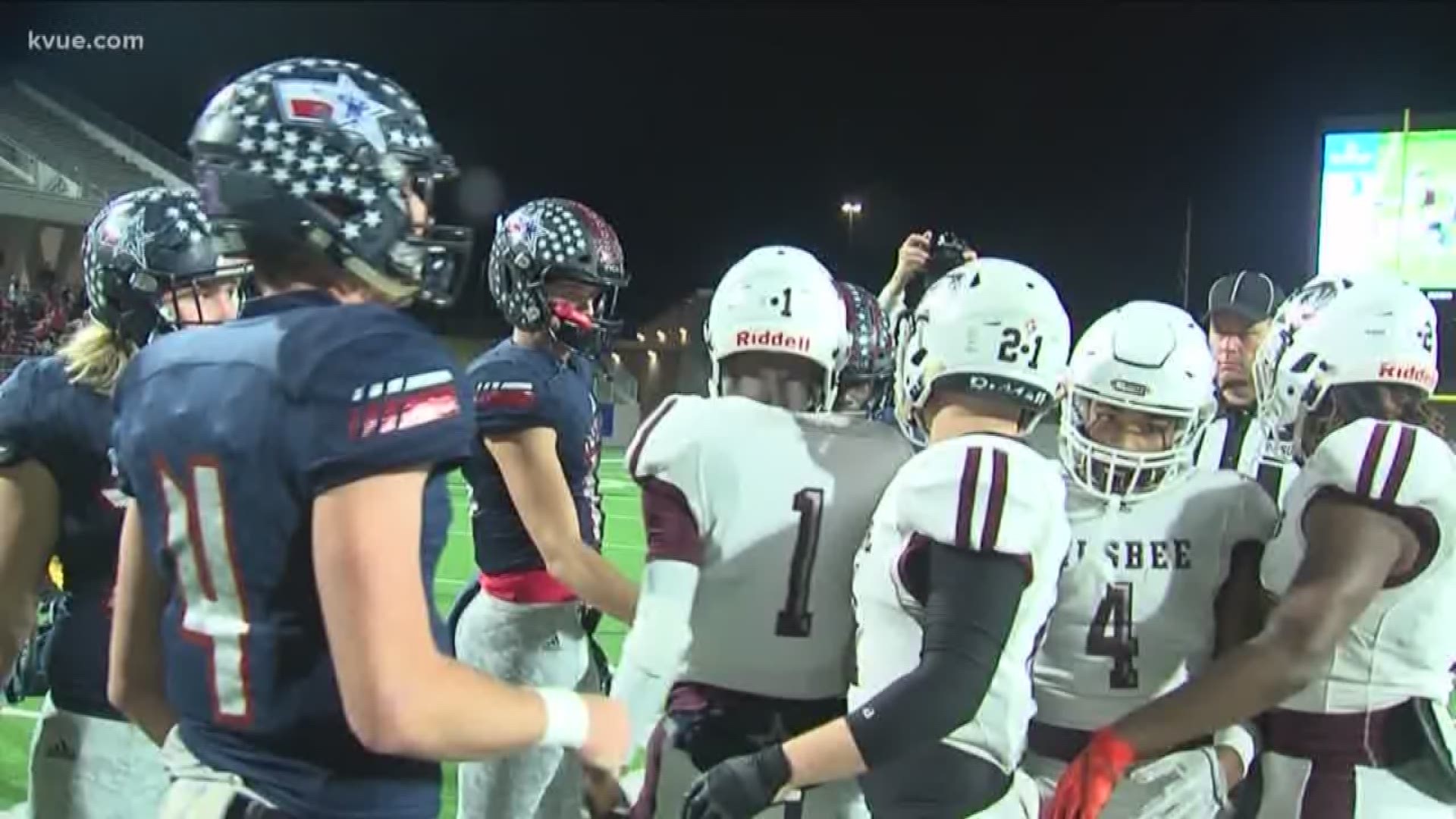 AUSTIN, Texas — Wimberley is back in the UIL state championship game after surviving a late push from Silsbee in the semifinal round.

With the win, Wimberley advanced to the team's third all-time state title game. The Texans also made state championship appearances in 2005 and 2011. They won both of those times.

Will the Texans make it three?

Pleasant Grove is 14-1 in 2019, with its lone loss suffered at the hands of Carthage, who are undefeated and will compete in the 4A-Division I state championship game against Waco La Vega.

On the other hand, Wimberley boasts a 12-3 record, with losses to Austin Regents, Navarro and Cuero. The Texans did, however, get revenge on Navarro in the playoffs, beating them 42-12 in the state quarterfinal round.