You'll want to see the Westwood High School coach's reaction after defeating Hendrickson by one due to a two-point conversion late in the game. 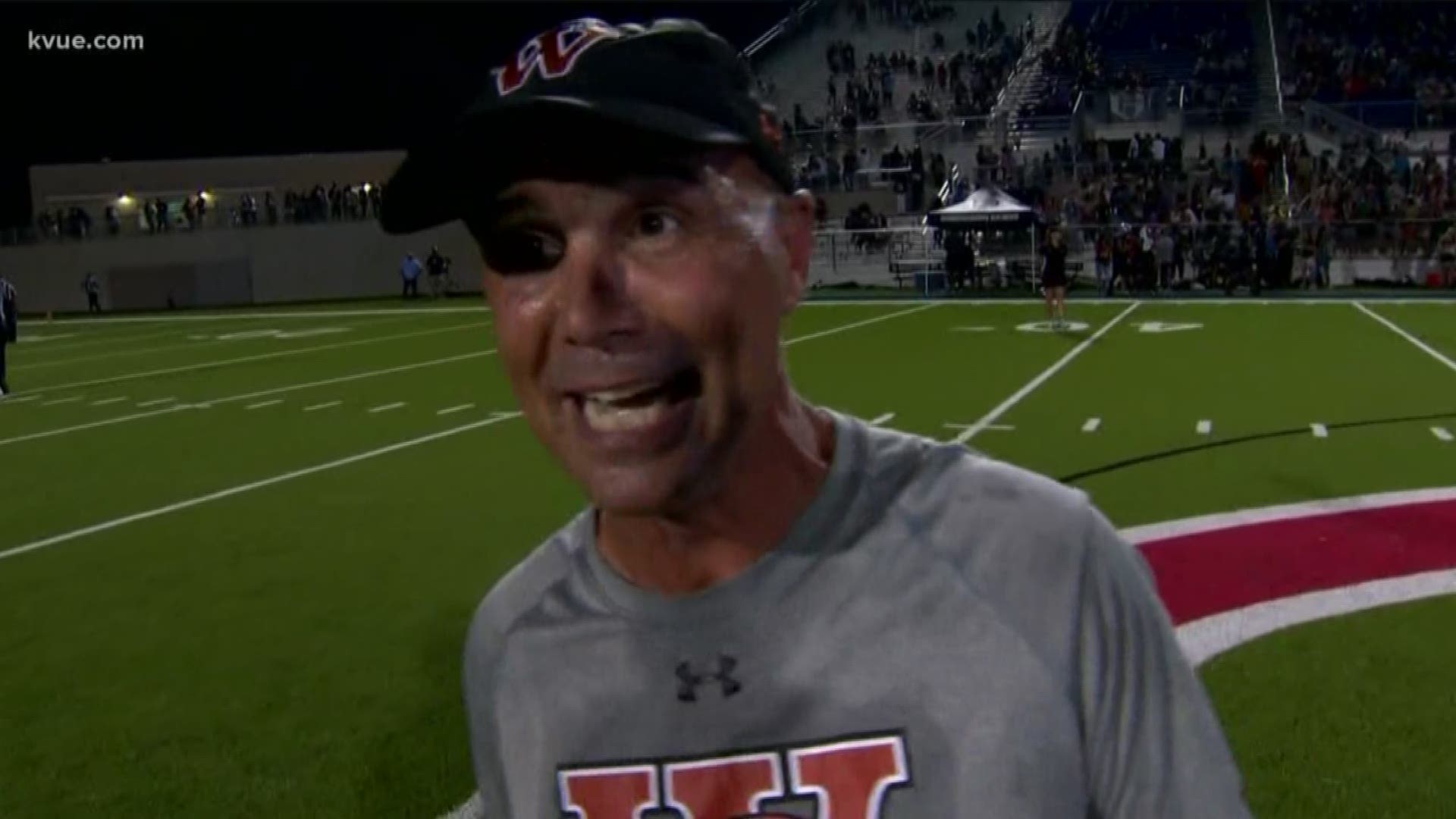 AUSTIN, Texas — Some moments from Friday nights in high school football don't always make the Friday Football Fever broadcast if they come in late or close to the show, but are still such talkers they have to be shown.

One of those moments came into the KVUE newsroom late Friday night and we couldn't get enough of it – so that's why we are showing you now.

Here is what happened.

Westwood trailed Hendrickson by seven late in the fourth quarter until R.J. Martinez found Oliver Yu for what looked like the tying score. But instead of kicking the extra point to tie the game, the Warriors went for the two-point conversion and the win.

Westwood converted the two-point conversion and won the game. To say Westwood's head coach Anthony Wood was excited was a bit of an understatement.

"Hey, I feel great," Wood said. "Unbelievable for these kids, what a freaking feeling?! Hey, they remembered, last year when we played them, they were up 50-0 at halftime and we told our guys, 'we're better than that' and we came out tonight and what a freaking win for our program!"

If you missed the Friday Football Fever show, you can watch it here:

Here is the winner of KVUE's Big Save of the Week - Sept. 6