The Westlake football program has captured its second straight 6A state championship. It's the first time the Chaparrals have gone back-to-back in school history. 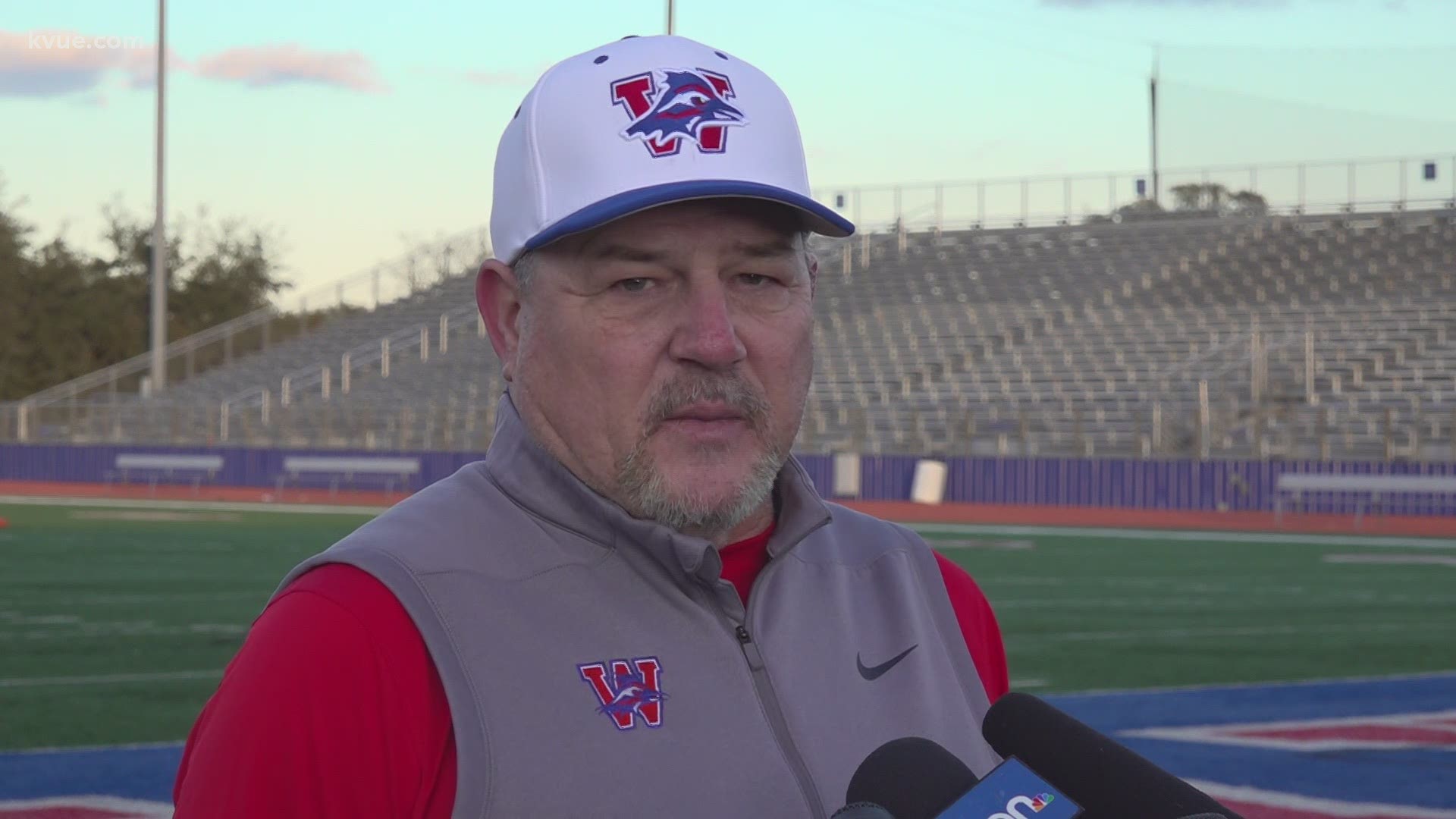 Westlake safety Michael Taaffe stared into the bright lights of AT&T Stadium and outshined them.

And the Westlake Chaparral football program stared into the heart of 2020 and outclassed it.

In a 52-34 win over Southlake Carroll in Saturday's state championship game, Westlake earned its second straight state title for the first time in school history.

"We did something last year that hadn't been done in 25 years and a lot of people were wondering if that will ever happen again in Westlake," head coach Todd Dodge said. "A lot of people doubted us. Everybody thought we'd be Division II, and we may win it in Division II, but probably not in Division I. I really never talked to my team about this, but I know that fueled their fire."

In the first ever father-son matchup in a Texas state championship game, it was the elder Dodge winning the coaching matchup against his son, Riley.

"This is something that we never saw coming," Todd said. "We both took a lot of pride in representing the great state of Texas in Westlake and Southlake in doing something that had never been done before.”

A Pass from the Past: Riley Dodge recalls infamous 'Puke Pass' against Westlake

Yet Dodge was quick to deflect any praise about winning the "Dodge Bowl," and instead focused on the performance from his team.

No one could blame him.

"He's a big-time player and he stepped up big-time tonight" Dodge said. "He knows how to jump on a sword for his teammates. He's got a tremendous style of leadership."

Klubnik finished the game 18 of 20 for 220 yards and a touchdown, and added 97 rushing yards as well.

Dodge said he didn't throw a single pass in the practices leading up to the game because he was dealing with a shoulder injury.

Yet he led Westlake to touchdowns on seven of its first eight possessions.

Westlake took a 28-21 lead into halftime, as Ewers and Southlake looked to have no issues engaging in a shootout either.

But their momentum came to a screeching halt when Westlake safety Michael Taaffe soared up and came down with an acrobatic one-handed interception.

“It would be a cool story to be like, ‘I just dream and pray that this game out of all the games I’m going to make a great play,’ but that’s not true,” Taaffe said. "It came my way and I made the play, but it would be super selfish and just wrong, just factually wrong if I said, 'I did this [by] myself.'"

It was one of two interceptions for Taaffe on the evening, and he took home the game's Defensive MVP Award for the second year in a row.

Klubnik was named the Offensive MVP for his gutsy performance, and a complete team effort pushed Westlake over the top for the 6A state championship.