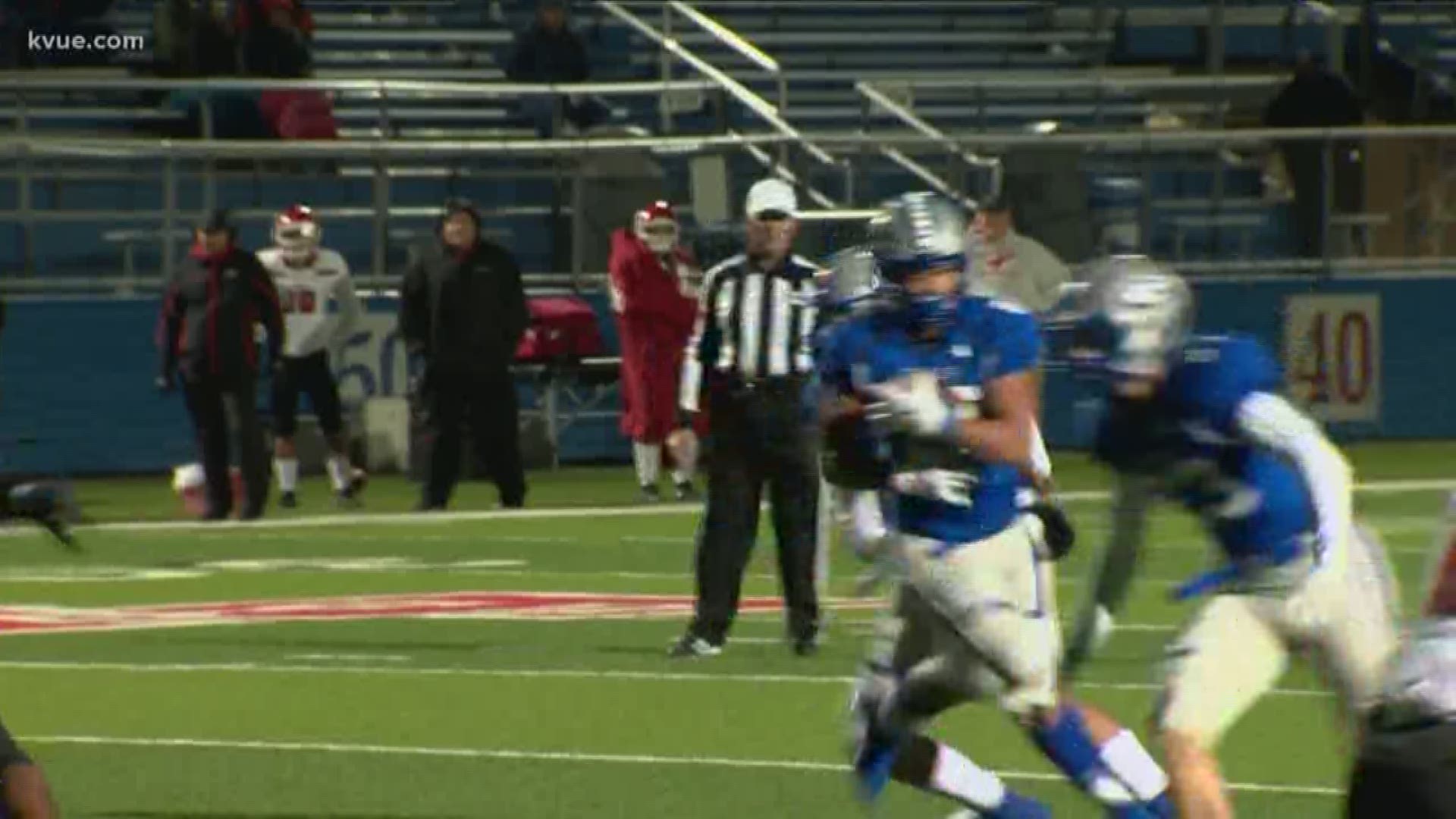 First, we have Deuce Vaughn with a 75-yard touchdown, forcing a plethora of missed tackles along the way. Next, Adam Fogg from Vista Ridge scored two touchdowns in one quarter. Finally, Georgetown's Brandon Bradford bruised his way through a tackle into the end zone to score a touchdown.

Congratulations to the Georgetown Eagles and Brandon Bradford for winning the Big Save of the Week with 57% of the vote!

Granddaughter surprises her 'Paw-Paw' with tickets to the World Series

Here's a look into 120-plus years of Texas Longhorns vs. TCU Horned Frogs history