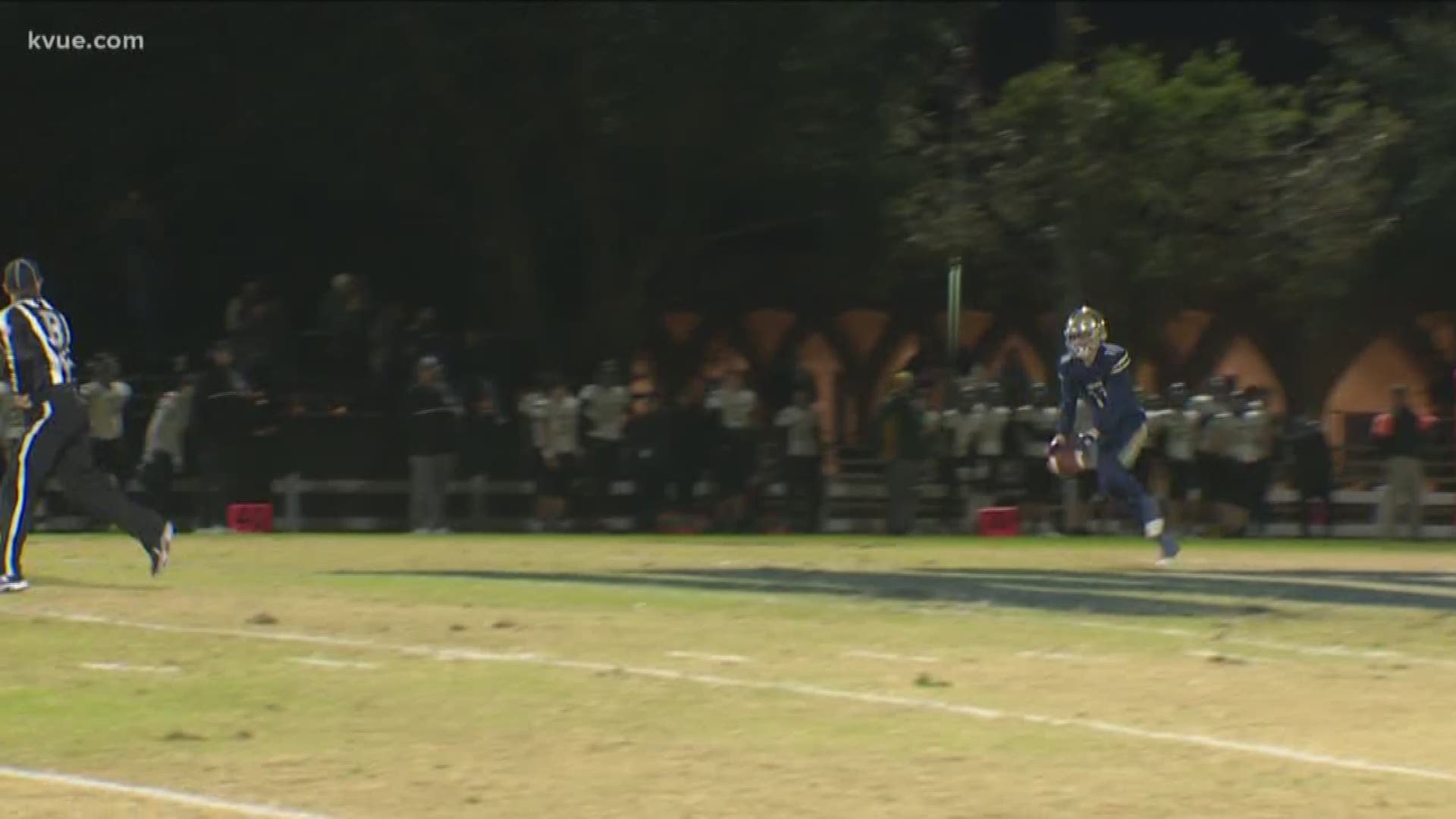 First, we have Lake Travis' Nate Yarnell connecting with Grayson Sandlin for a touchdown and then a stare down afterward. Next up, Regents' Wilson Long and Pierce George made the highlight vote with an 87-yard touchdown catch and run. Finally, Lampasas quarterback Ace Whitehead juked a defender and took the football to the house!

Congratulations to Regents' Wilson Long on winning this week's Big Save of the Week!

WATCH: Friday Football Fever is back for the first round of 2019 UIL Playoff football | KVUE