KVUE Game of the Week: Lampasas Badgers vs. Gonzales Apaches

The second round area matchup between Lampasas High School and Gonzales High School is KVUE's Game of the Week. 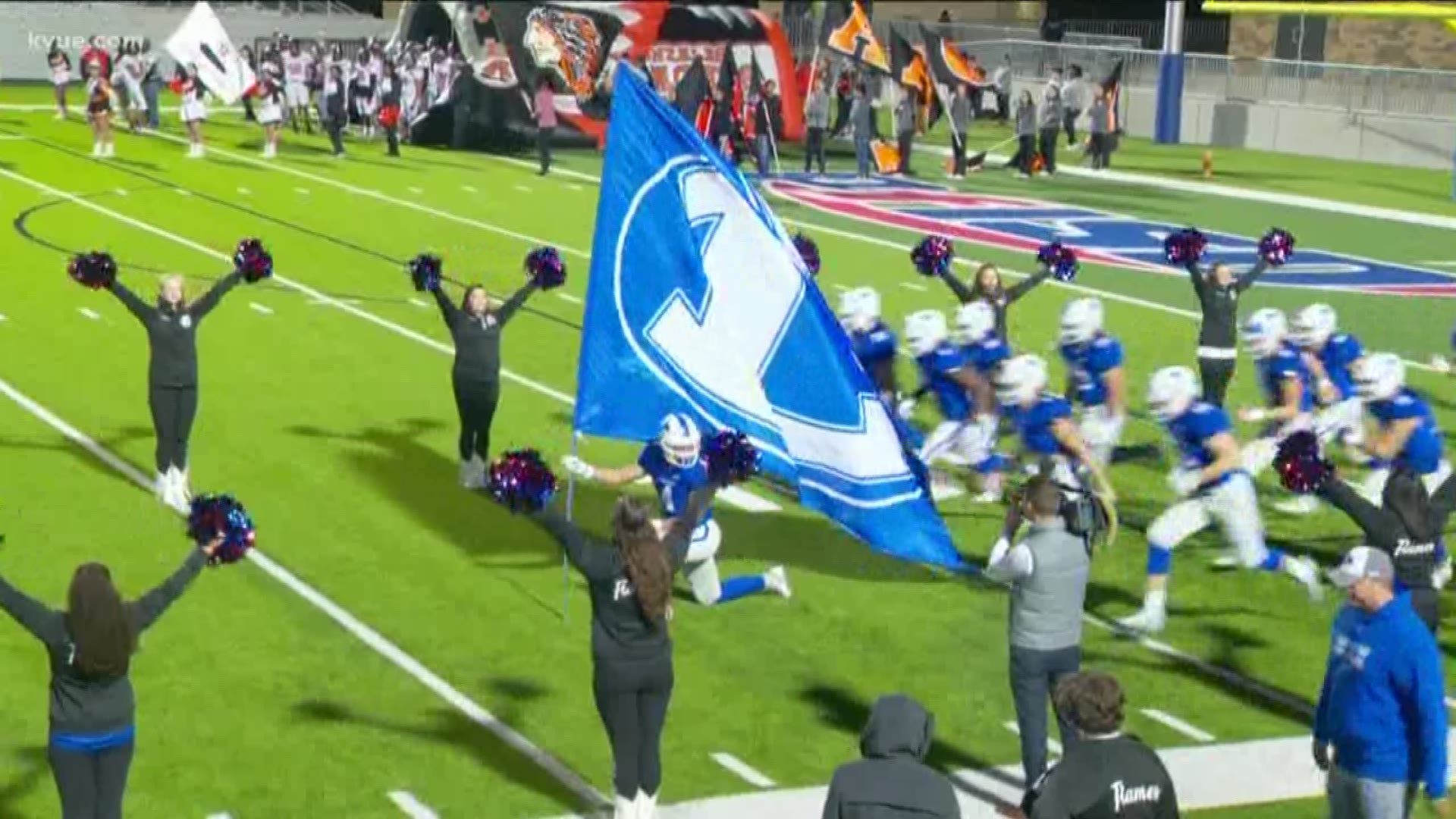 PFLUGERVILLE, Texas — We've made it to the second round – otherwise known as the area round – of the UIL High School football playoffs and this week's KVUE Game of the Week is Lampasas versus Gonzales.

The Badgers come into the matchup as district champs, going 10-1 this season with their lone loss dealt by the hands of Lorena, 31-30. Outside of the one-point loss, Lampasas has dominated all of its opponents, averaging a 32-point margin of victory over the course of the 2019 season. The Badgers possess a high-potent offense that scores 51 points per game, and is led by junior quarterback Ace Whitehead.

“The more we start adding some run game with him it just adds another dimension," head coach Troy Rogers said. "His decision making on the field is really good and that’s something I don’t think people understand is how many options he truly has.”

Lampasas won its first round game by 28, defeating Brazosport, 42-14. Whitehead accounted for five of the six touchdowns.

“I’m able to run the ball a lot more and that’s a credit to my O-line. I got some big dudes up there," he said. "They make some holes and make it really easy.”

Gonzales enters the game 8-2 overall and finished as district runner up. The Apaches are a regular playoff attendee, but are looking for their first appearance into the third round since 2013 when they made the state quarterfinals.

Rogers said his players have an understanding and appreciation for the legacy of success they've created.

“Every year you go in hoping that good things are going to happen," he said. "I think with the work our kids have put in through the summer and last spring, you felt good about it. To say I’m surprised, no I don’t think I’m surprised, I’m just excited for where we’re at.”

KVUE's Jake Garcia spoke with the Badgers this week leading up to their area round matchup with the Apaches. Rogers said he's confident his players won't be overcome by the moment.

“This is a big game because it’s the next game and that’s it. That’s the way we look at it. When you’re in the playoffs, there’s no second chances. You got to go out and perform your best or you don’t get to it again… They’ve been through the 1-9 (seasons), the 2-8 (seasons) so they’re hungry and they’re ready,” he said.

START OF THE GAME:

WATCH: LIVE: Friday Football Fever is back for the second round of 2019 UIL Playoff football | KVUE