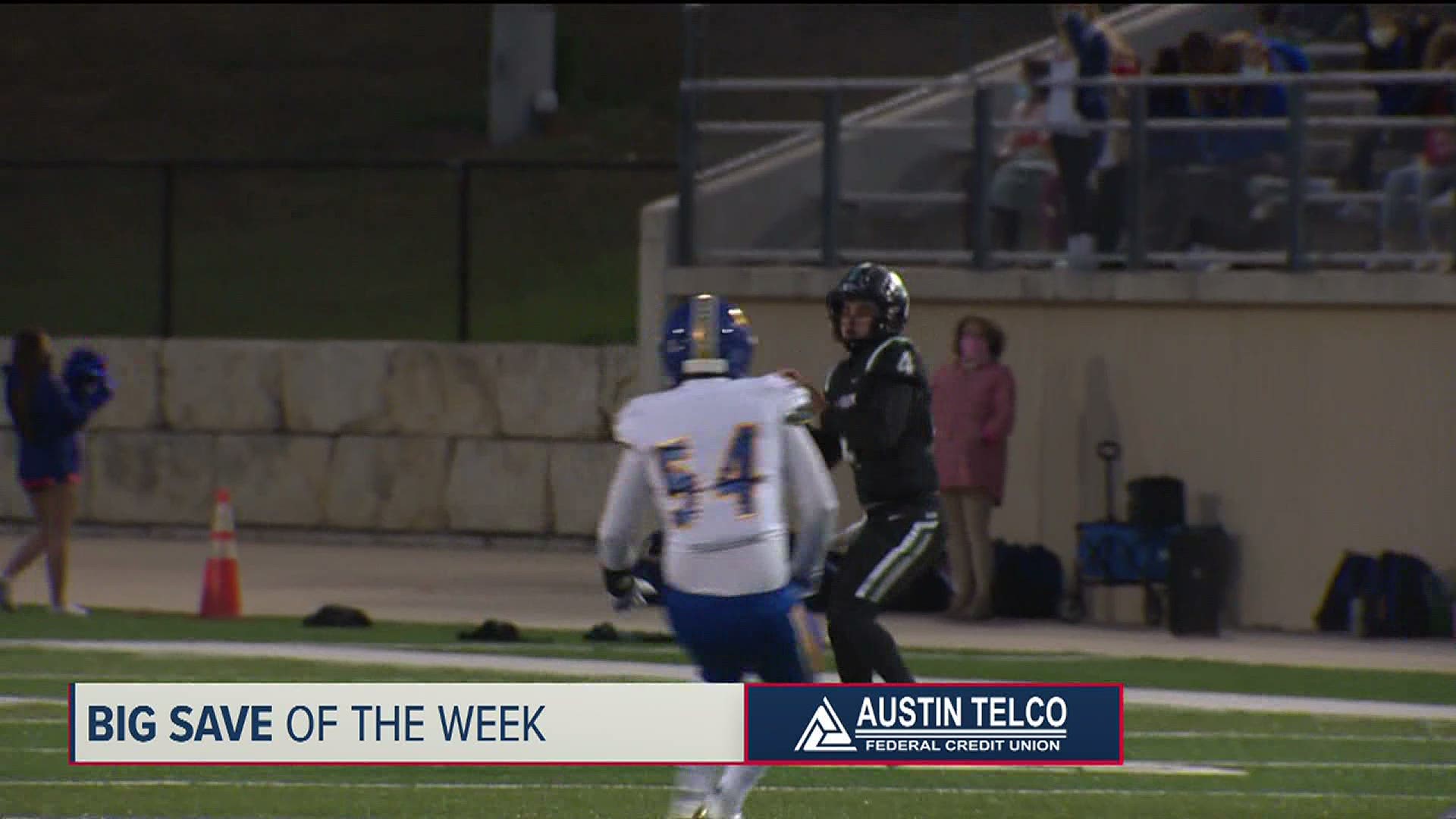 First, a 74-yard strike from Bo Edmundson to Jackson Scruggs. The pass was perfect and the fact that Jackson kept his balance was unbelievable.

Next, over to Cedar Park where we have Trickeration from the Timberwolves. It's Gunnar Abseck to Ryder Hernandez to Preston Scott.

Finally, I love a good "scoop and score" and that's exactly what Vista Ridge defender Reed Runkel showed us. After Jake Robertson forced a fumble, Runkel grabbed the ball and put a few points on the board.

Which play deserves to win our big save of the week award?

The winner will be announced in the KVUE sports show on Tuesday, Oct. 27!