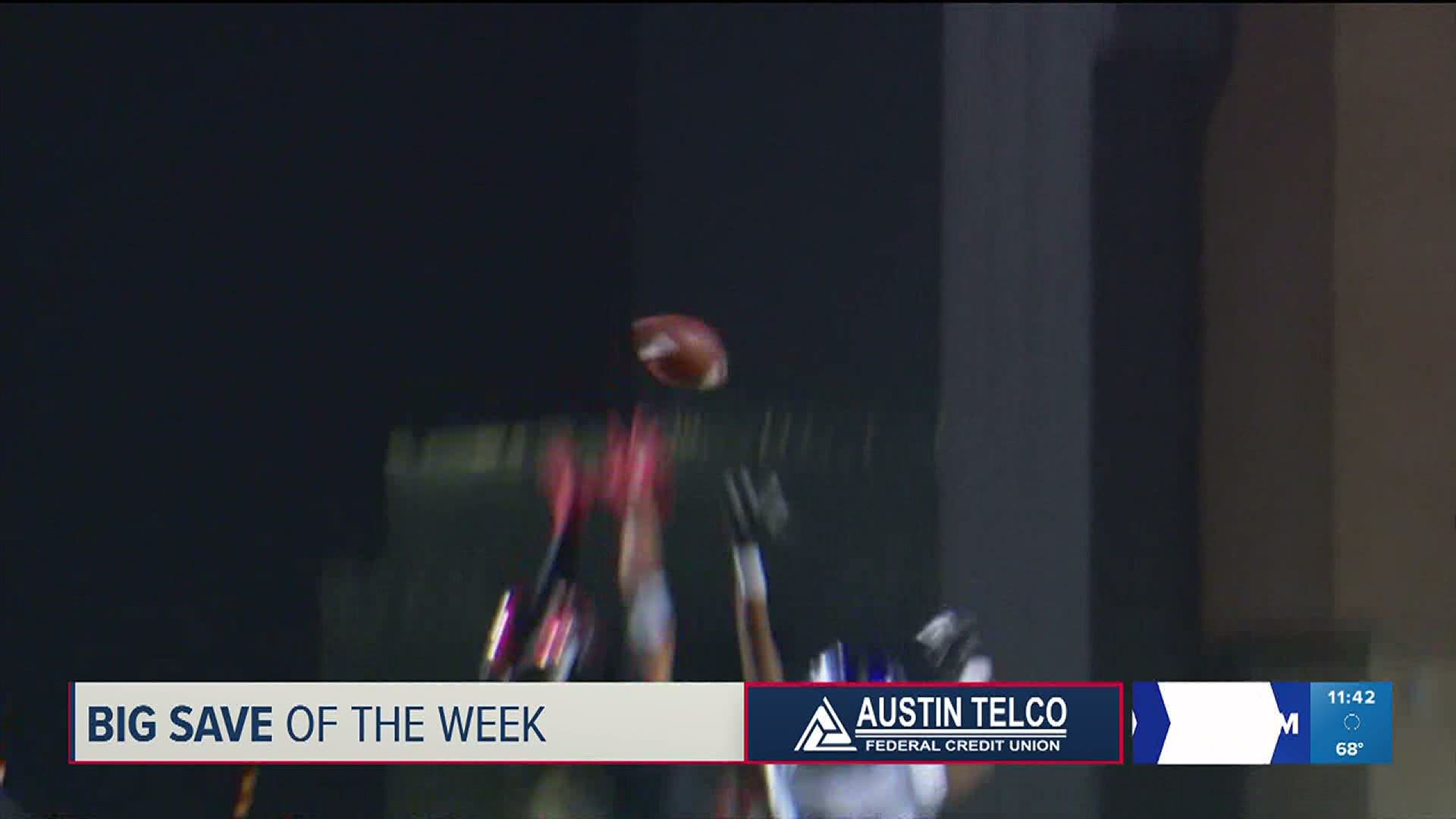 Here are this week's nominees:

First, we have a play that comes from the KVUE Game of the Week. Manor quarterback Eli Holt was forced out of the pocket and lobbed up a pass to Che Nwabuko for a touchdown.

Next, we head to Elgin. They ran a long touchdown run, but the real story behind this pay was KVUE's Emily Giangreco getting clipped by the referee. She said she survived the hit better than he did.

Finally, future Texas Longhorn Charles Wright broke numerous tackles along the sideline on this way to the end zone for a touchdown.

Who deserves to win our Austin-Telco big save of the week award?

Who deserves to win our Austin-Telco Big Save of the week?@KVUE

The winner will be announced in the KVUE sports show on Tuesday, Oct. 6!