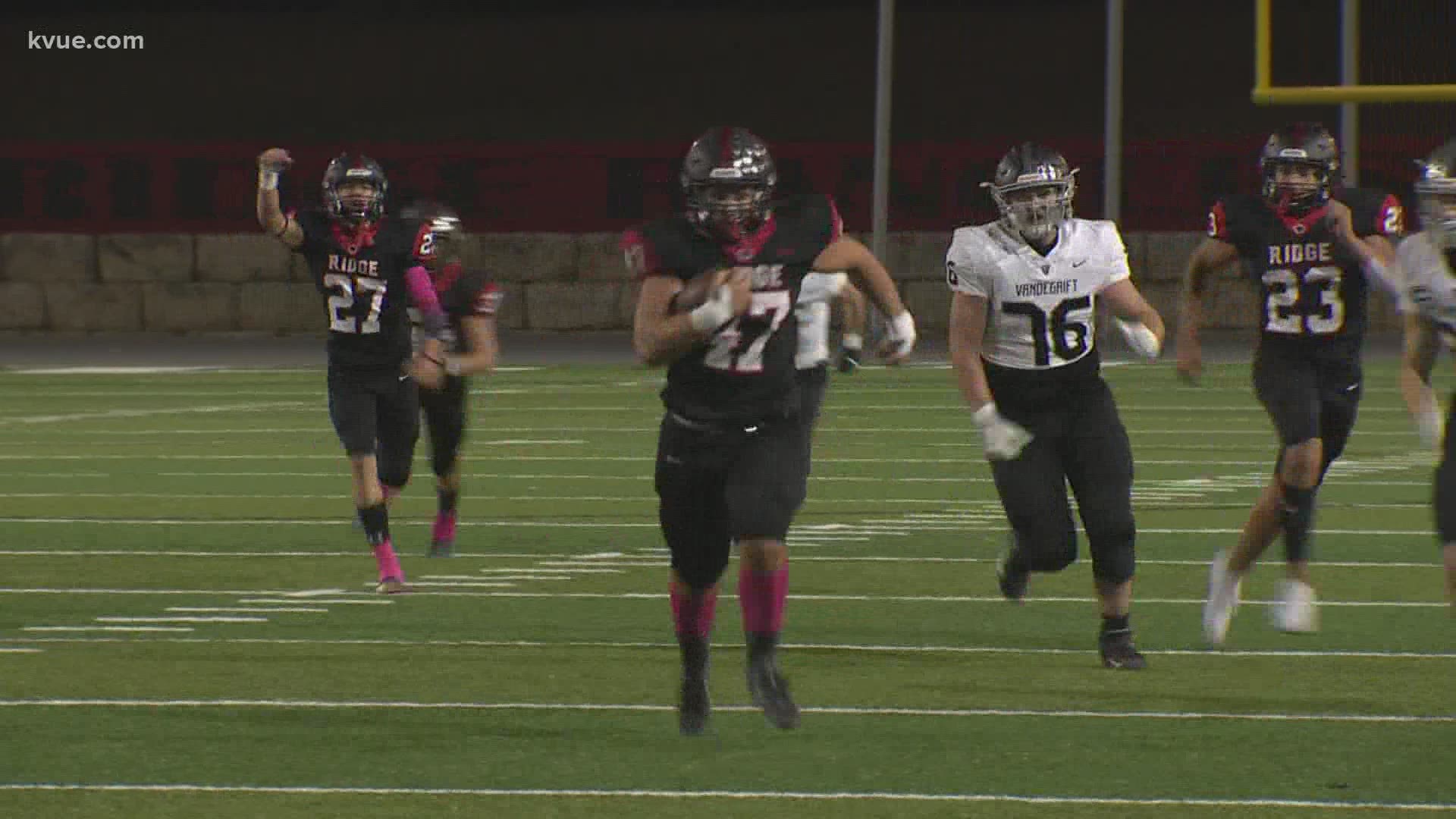 Here are this week's nominees:

First, starting with a play from the KVUE Game of the Week. Lago Vista dialed up a trick play reverse pass in the red zone. Trace Sweet found Layne Powers for the touchdown.

Next, Vista Ridge defensive lineman Jay White drops into coverage and intercepts the quarterback and then takes it back to the house for six points.

Finally, Llano pulled something out of their bag of tricks, too. The Yellowjackets called a wide receiver double pass, which briefly bounced off the turf on the backwards pass. But everything worked out in the end after Maddox Green scooped up the ball and lobbed up a deep pass to Austin Hulon.

The winner will be announced in the KVUE sports show on Tuesday, Oct. 20!