The Marble Falls Mustangs and Liberty Hill Panthers matchup is KVUE's Game of the Week! 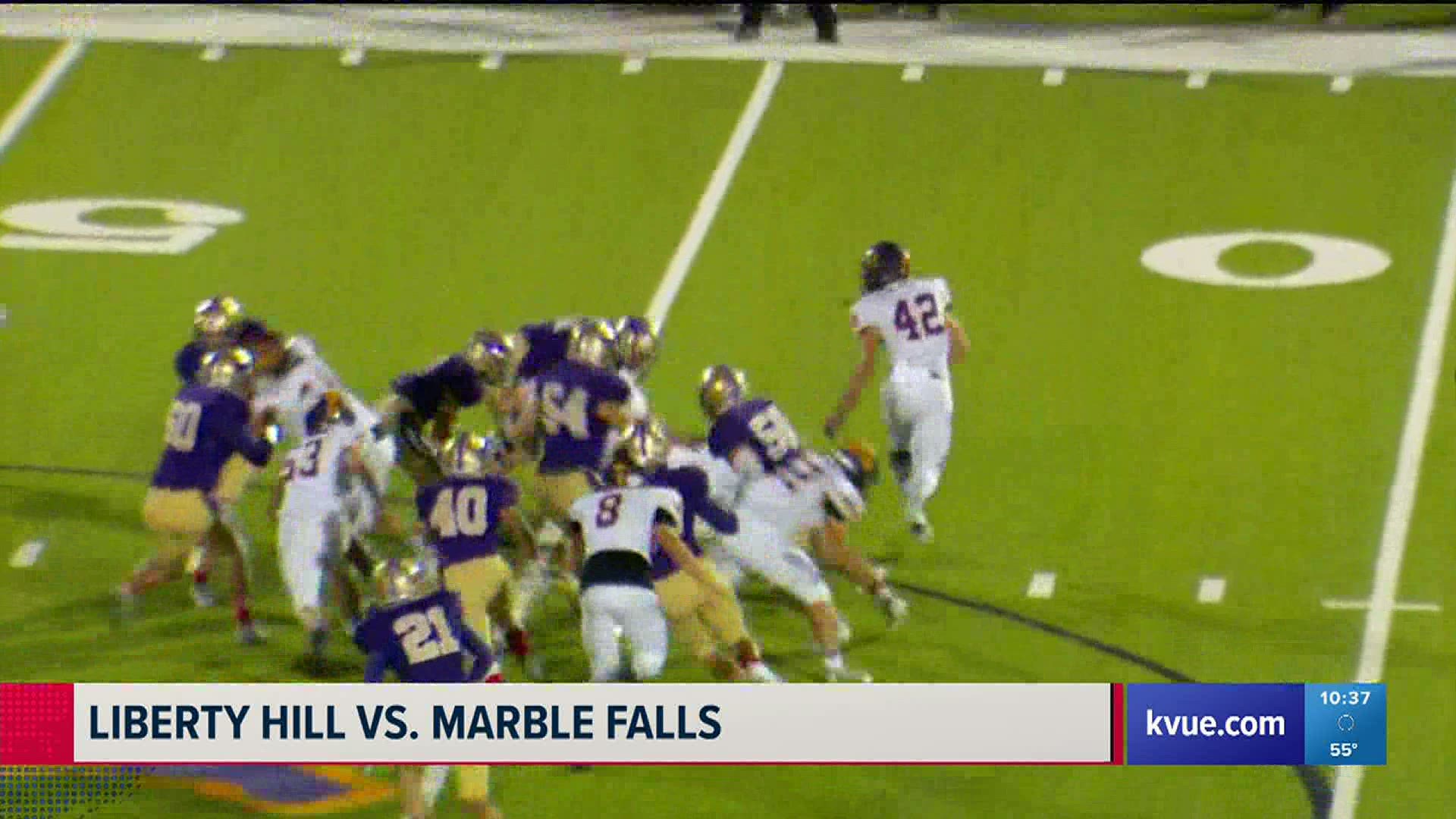 The KVUE Sports team is here to give you the latest scores and highlights in the Austin area.

It also means we'll showcase one game as our Game of the Week, and the Marble Falls Mustangs and Liberty Hill Panthers matchup is the one we are looking at this week!

We have an undefeated showdown in this week's Game of the Week. Marble Falls (3-0) hosts Liberty Hill (6-0). The Mustangs are home underdogs in this matchup, but multiple members of the Marble Falls coaching staff used to coach at Liberty Hill.

Marble Falls is coming off of two bye weeks. According to the Mustangs, there are a few reasons why the Panthers should be on upset alert.

"I think we are probably more prepared than any team that has ever faced them," head coach Brian Herman said.

"Two out of the three games we've played, we've had to come back from double-digit deficits to win," Mason Neill said.

"I think we have bigger and stronger guys, so if we can match their speed and how low they get, then we'll come out on top," Elijah Todd said.

Kickoff for this game is scheduled for 7:30 p.m. KVUE will update this story with score updates, and don't miss the highlights from this game in KVUE's Friday Football Fever show! You can also get the latest scores and highlights directly to your phone by downloading the KVUE app at kvue.com/app.

The KVUE team will be live from Lake Travis for all the action.

Search for Marble Falls or Liberty Hill to get the latest score below: