The Manor Mustangs and LBJ Jaguars matchup is KVUE's Game of the Week! 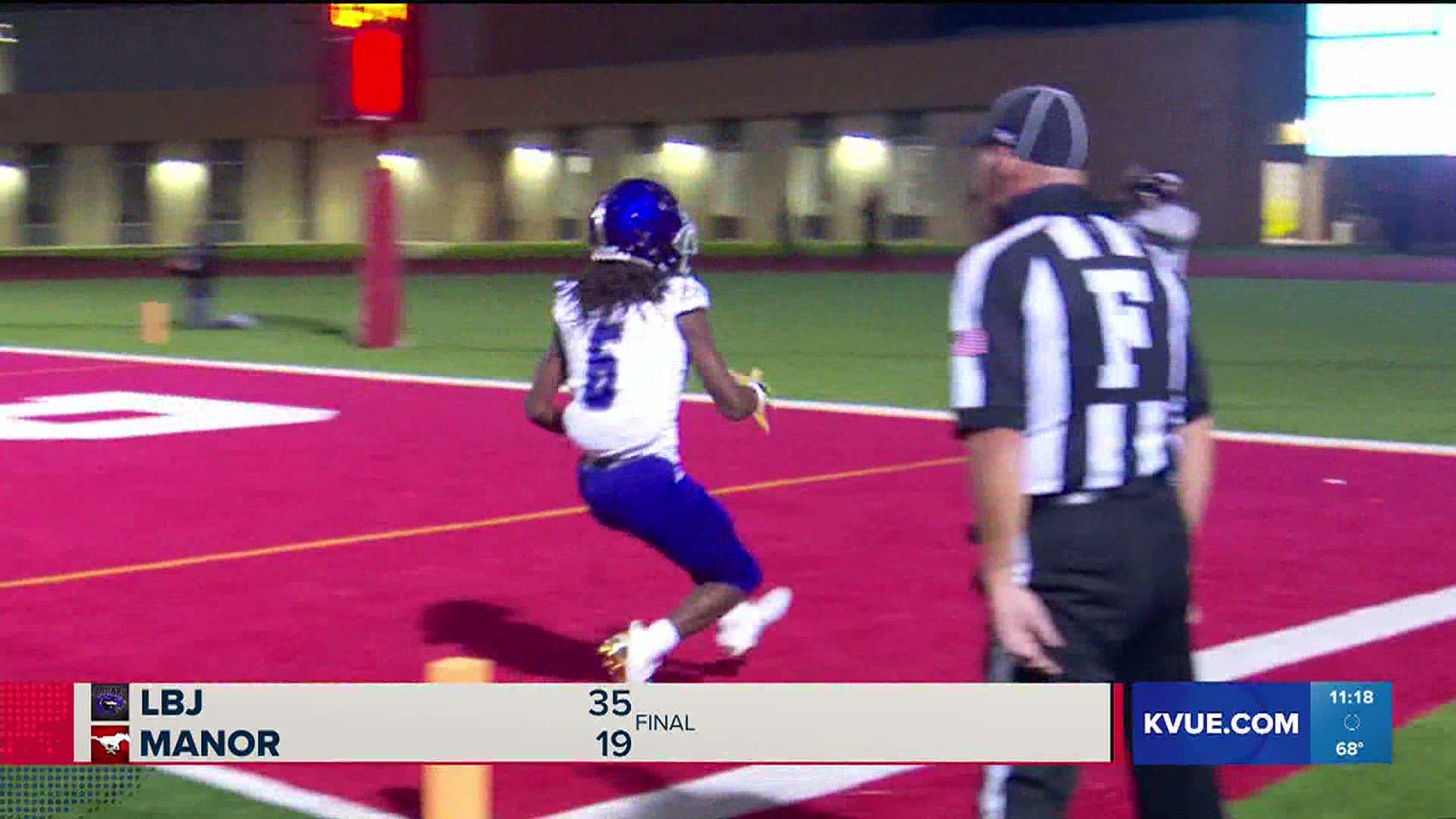 The KVUE Sports team is here to give you the latest scores and highlights in the Austin area!

It also means we'll showcase one game as our Game of the Week, and the Manor Mustangs vs. LBJ Jaguars matchup is the one we are looking at this week!

Manor's head coach, James Keller, enters his first season as the lead man for the Mustangs after spending the past 11 years as an assistant. KVUE spoke with Keller about the opportunity to enter his first game as head coach of the Mustangs.

"There's a little nerves all the time. Even when I wasn't head coach, there's always nerves going into the game, especially week one," Keller said. "Couple weeks ago, we didn't know that we'd have this opportunity, so now that it's here we've got to be grateful and go out and play like every game's our last."

Conversely, LBJ brings a star-studded defense featuring players getting offers from the likes of Texas, Alabama, Clemson, Oklahoma, Dartmouth and the Air Force.

Keller told KVUE he recognizes the talent LBJ brings to the table, but the team believes their advantage will come from a balanced roster as opposed to having a handful of impact players.

Kickoff for this game is scheduled for 7:30 p.m. KVUE will update this story with score updates, and don't miss the highlights from this game in KVUE's Friday Football Fever show! You can also get the latest scores and highlights directly to your phone by downloading the KVUE app at kvue.com/app.

The KVUE team will be live from Manor for all the action.

Made it to our game of the week, LBJ-Manor. We’ll see you guys live at 6 and for a half-hour of live Friday Football Fever, later tonight pic.twitter.com/TgUEwy6yLR

Manor and LBJ are in the middle of a defensive battle through the first quarter.

We expected a defensive battle in our game of the week, and that’s what we have through one quarter.

Oh, and an awesome sunset—we have that too!

With help of 6-month-old nephew, LBJ's Mukuba commits to Clemson