The Hutto Hippos and Vandegrift Vipers matchup is KVUE's Game of the Week! 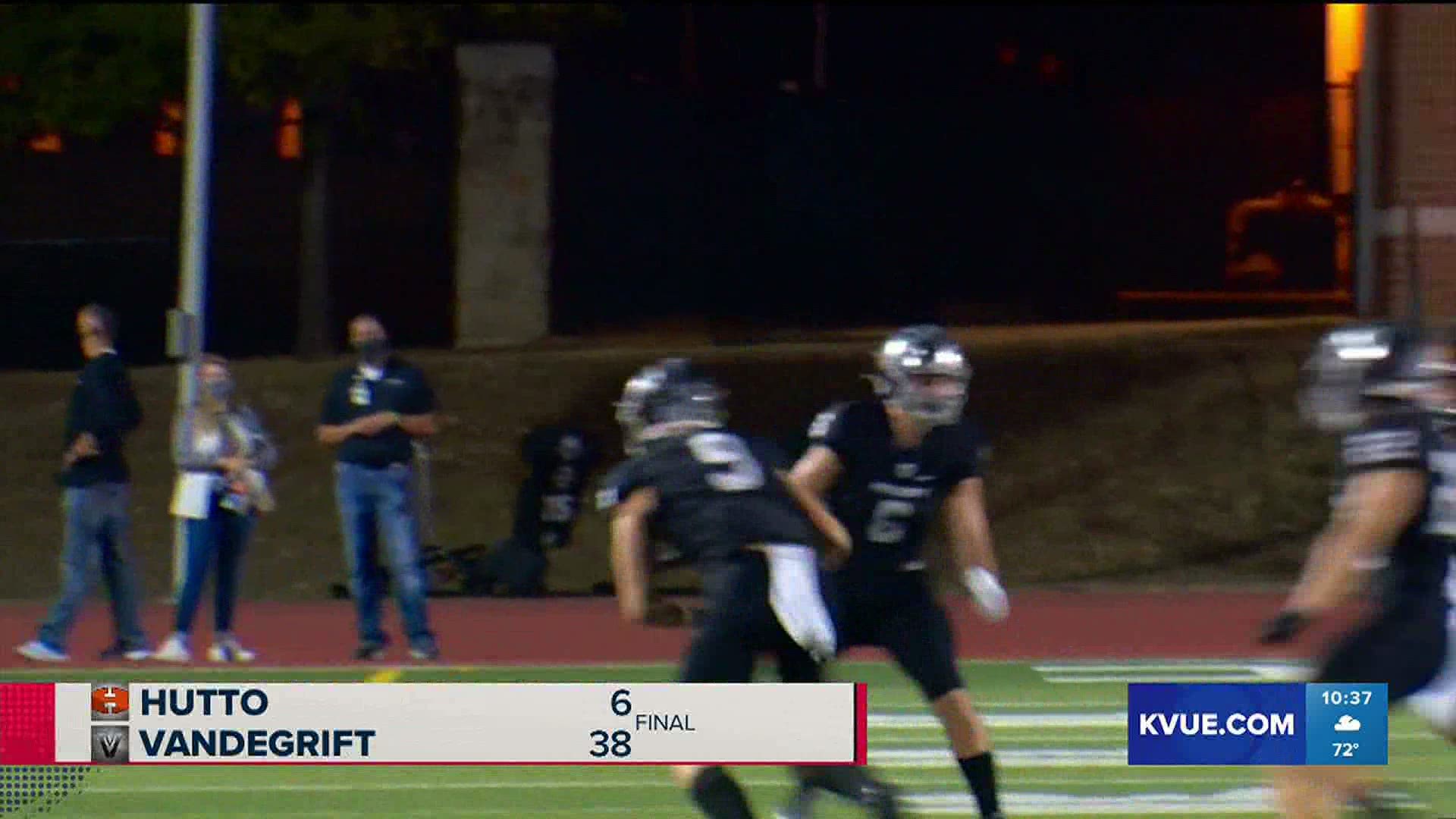 The KVUE Sports team is here to give you the latest scores and highlights in the Austin area.

It also means we'll showcase one game as our Game of the Week, and the Hutto Hippos and Vandegrift Vipers matchup is the one we are looking at this week!

Vandegrift (5-1) hosts Hutto (3-3) in KVUE's Game of the Week. The Vipers started the season with a loss to Cedar Park, but have rattled off five wins in a row, scoring more than 35 points in every win this season. Hutto comes to Monroe Stadium with losses in two of its past three games.

We don't know how many points will be scored, but we do know there will be a touchdown on the first play of the game. In a tremendous display of class and sportsmanship, the Hutto and Vandegrift coaches and players have agreed to make the first play of the game very special for Tommy Hartman. Hartman is the senior team manager for Vandegrift and has autism spectrum disorder.

Vandegrift head coach Drew Sanders reached out to Hutto head coach Brad LaPlante to see if he would allow Hartman to score a touchdown in the game, and Coach LaPlante agreed to help Hartman capture this special memory.

"Tommy played football when he was younger, and he loves football – that's why he's our manager, and I knew he'd like the opportunity to carry the ball in a game, so when I asked him he was fired up," Sanders told KVUE.

Both coaches told KVUE Friday night's game is not just about football and it's not just about Hartman – but rather about building the character of every young man in the stadium.

NFL players Quandre Diggs, Darius Slay and Jamal Agnew also made Hartman a special video leading up to the game.

Check out this big time game day Morivational video made for our new RB Tommy by current/past fav 🦁 @Lions
Thanks to @qdiggs6 @bigplay24slay @jamalagnew for their kind hearts taking time to make this! Tommy Is motivated and ready to run @HuttoHS_Fball https://t.co/FhtfJDAvek

Kickoff for this game is scheduled for 7 p.m. KVUE will update this story with score updates, and don't miss the highlights from this game in KVUE's Friday Football Fever show! You can also get the latest scores and highlights directly to your phone by downloading the KVUE app at kvue.com/app.

The KVUE team will be live from Austin for all the action.

Tommy Hartman, a Vandegrift team manager with autism, scored a 49 yard touchdown (and added a great celebration) on senior night.

His head coach told us Tommy loves @Whataburger ALMOST as much as football--I think he earned a No. 1 with cheese tonight!@VHSFootball @KVUE pic.twitter.com/JKJPcyCNGP

Hartman scored a 49-yard touchdown run (and added a great celebration) on the team's senior night.

Search for Hutto or Vandegrift to get the latest score below: