The Cedar Park Timberwolves and Vandegrift Vipers matchup is KVUE's Game of the Week! 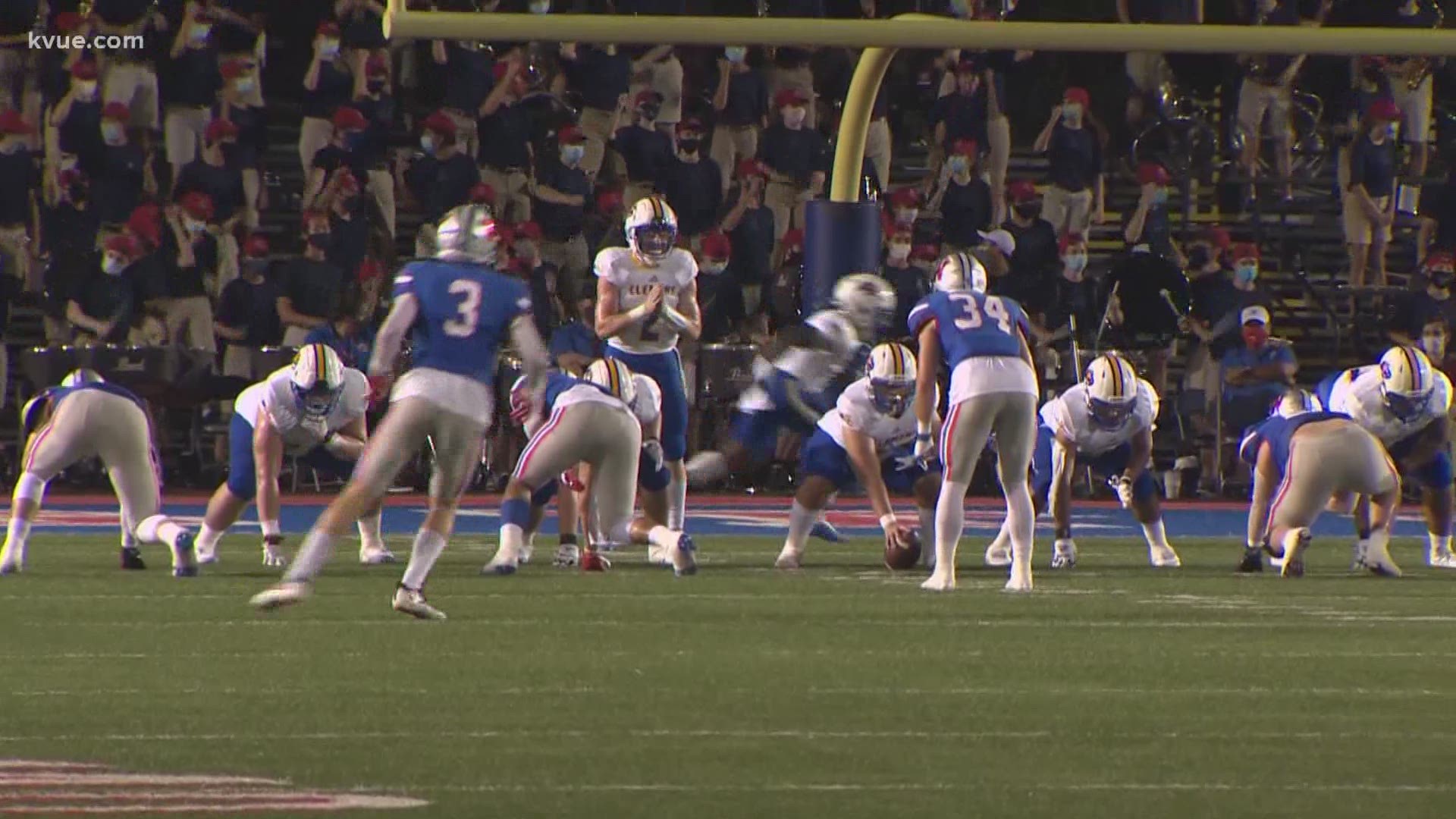 CEDAR PARK, Texas — Texas high school football season is now in full effect as 5A and 6A teams join in on the action for the first time in 2020.

Meanwhile, the KVUE Sports team is back to give you the latest scores and highlights in the Austin area!

In the first week for 5A and 6A teams, this football season begins with a new slate. In 2019, Cedar Park posted an 11-2 record and advanced to the third round of the playoffs before falling to Manor, 17-14.

Vandegrift was also very successful in 2019 with an 11-1 record and advanced to the second round of the playoffs before the Vipers fell to Klein Collins, 28-14.

For this matchup in particular, Vandegrift has taken two straight games, including last season's shutout, 17-0 in the 2019 season opener.

KVUE spoke with each team during the week leading up to the game. See what each team said in the videos below.

Kickoff for this game is scheduled for 7 p.m. KVUE will update this story with score updates, and don't miss the highlights from this game in KVUE's Friday Football Fever show! You can also get the latest scores and highlights directly to your phone by downloading the KVUE app at kvue.com/app.

The KVUE team will be live from Cedar Park for all the action.

Looks like we have a dead lock, defensive battle in the first quarter, folks!

End of the first here at our game of the week

Cedar Park bears Vandegrift in our game of the week, 21-7