It came more than a month later than originally expected, but 5A and 6A high schools have now started their football practices. 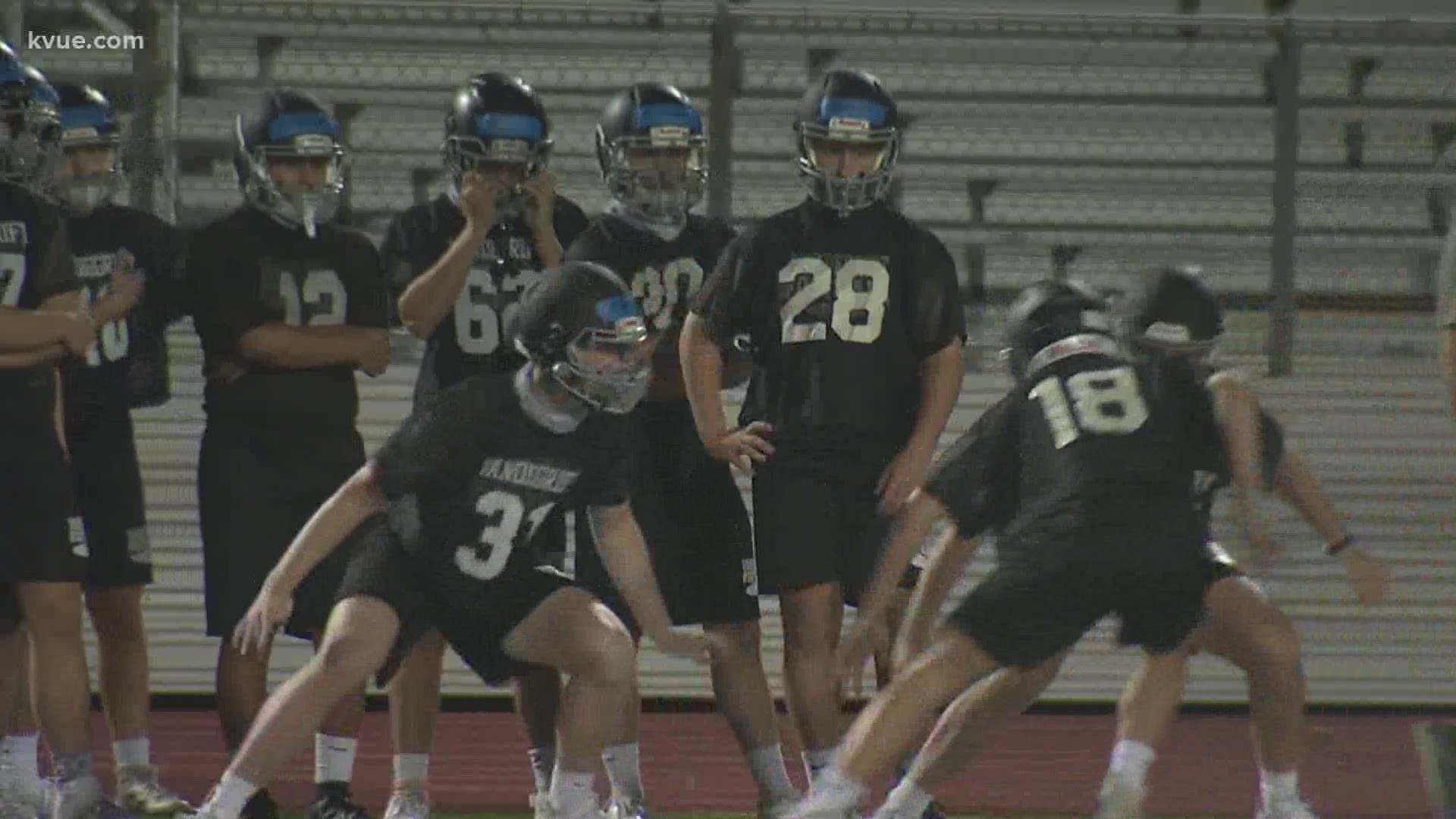 "We couldn’t be more grateful to be out here. It’s been a long journey, and it feels really good to put the helmet back on and get out here,” said Gunnar Abseck, a senior wide receiver at Cedar Park.

So begins team activities for 5A and 6A schools in Texas, with sights and sounds that would be far from normal any other year, but are the new normal for 2020.

“The hardest thing is in between reps you can’t just go talk to your teammates and say, ‘Hey, good job.’ You got to pull your mask up,” Klubnik said.

Not a better feeling than going to bed knowing you start football tomorrow.

One of the benefits these bigger schools have is four weeks' worth of watching small schools play games.

“I’m not going to try and control fans, but I sure hope when we start playing games that our fans will understand that if they don’t do what’s right, football could get taken away from the kids on the field,” Westlake head coach Todd Dodge said.

“Just keep the mask on," Abseck added. "I want to play so bad ... and whether you like the mask or not, it’s going to help and it’ll let us play.”

For the next few weeks, these teams will be getting up to speed and soon transitioning to full-contact practices.

Depending on the county and the school district, some of these teams will start their seasons on Sept. 25.

Others will start a week later on Oct. 2.