The Wimberley Texans and Lampasas Badgers is KVUE's third Game of the Week of the 2020 season! 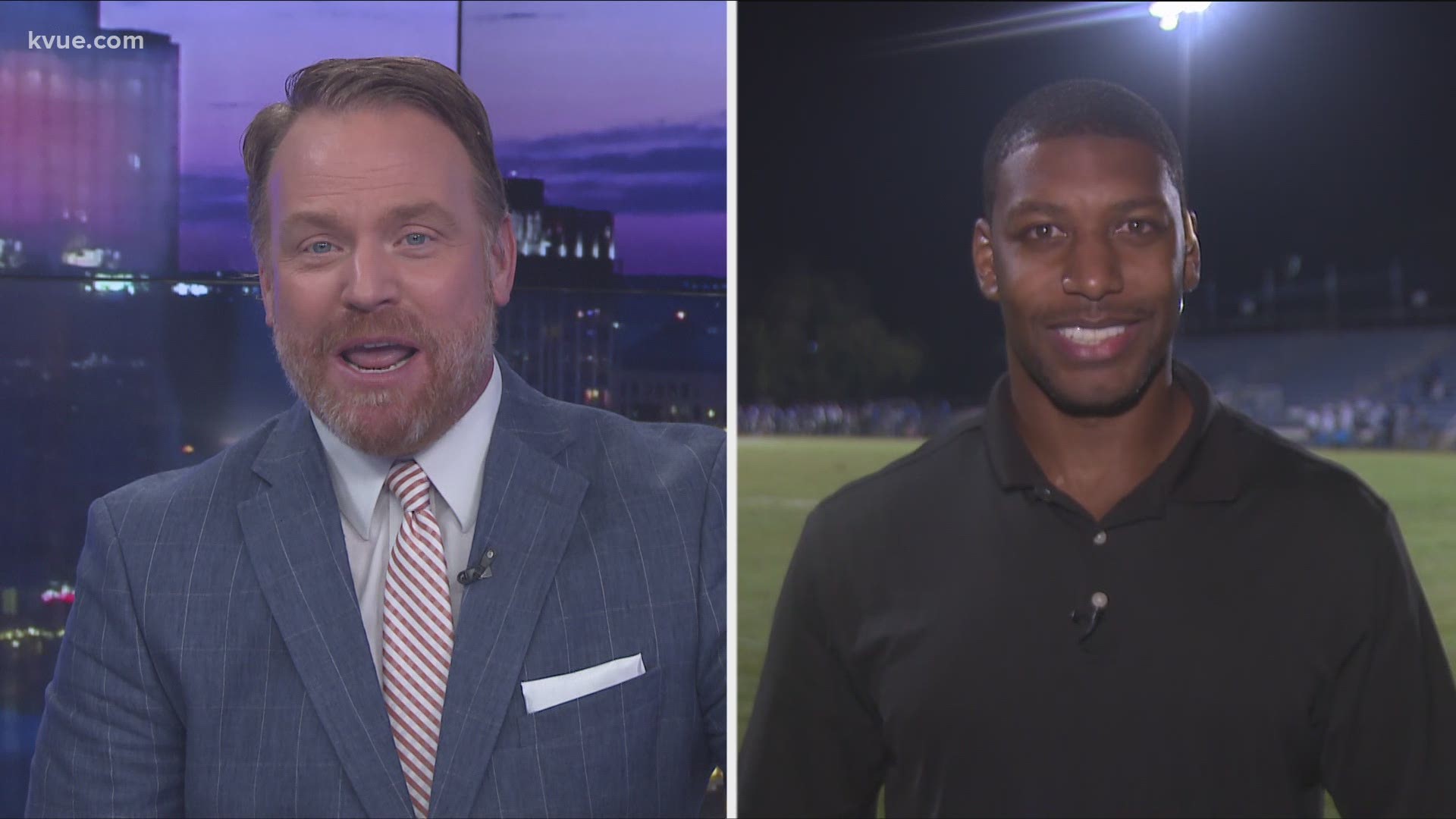 LAMPASAS, Texas — It's week three of the Texas high school football season and that means the KVUE Sports team is back to giving you the latest scores and highlights in the Austin area!

It also means we'll showcase one game as our Game of the Week, and the Wimberley Texans and Lampasas Badgers take the honor in week three.

For a look at the latest district standings in Central Texas, click here for that story.

It's a battle of undefeated teams. Lampasas enters the matchup 2-0 after thrashing both Brownwood, 55-23, and Stephenville, 41-0, in the first two weeks of the season. Wimberley's games were a little bit closer, but the Texans still managed two wins, narrowly edging out Canyon Lake, 24-22, and beating Cuero last week, 33-14.

Each team enjoyed highly successful 2019 seasons, as Lampasas advanced to the 4A-1 state semifinals and Wimberley made it to the 4A-2 state championship game.

Both ended up losing to the eventual state champions.

"Both of us have the same goal," said Wimberley head coach Doug Warren. "I know we're in different divisions but I think both of us want to get back and finish what we didn't get finished last year."

"It's a really good football team that has a lot of experience returning from a state finalist appearance," Lampasas head coach Troy Rogers said in regard to the challenge the Texans will pose. "They've got eight back on defense and six back on offense and they're playing at a pretty good level right now."

Speaking of challenge, the Wimberley defense will certainly have its hands full with the Lampasas offense.

"Oh, man. I don't know if you can defend that guy," Warren said when asked about Whitehead's play. "He's the total package. He can do it all. He can beat you with his arm, he can beat you with his feet, but more than anything he's a smart player. He gets those guys in so many correct situations and just is a field general out there. It's going to be a great contest between two great communities and two really good football teams."

Lampasas picked up right where it left off in 2019 and rolls to a week one win over Brownwood.

It's the 13th game in a row that Ace Whitehead has led the offense to 40+ points.@freshflashash | @KVUE | @LampasasISD pic.twitter.com/BuhwR6m5xD

Kickoff for this game is scheduled for 7:30 p.m. KVUE will update this story with score updates, and don't miss the highlights from this game in the 10 p.m. newscast! KVUE's Friday Football Fever show begins on Sept. 25, so until then, catch the latest scores and highlights in KVUE's 10 p.m. newscast at the start of the show! You can also get the latest scores and highlights directly to your phone by downloading the KVUE app at kvue.com/app.

The KVUE team will be live from Badger field for all the action.

We made it to Badger field. See y’all live at 6 before our game of the week!@TexanFball @LampasasISD pic.twitter.com/blXFecNRV5

Lampasas took a 14-0 lead into the 2nd quarter, and about four mins into the 2nd, pushed that lead to 22-0, over Wimberley

Lampasas set to receive the second half kickoff. They lead Wimberley 36-14