The Badgers are two wins away from their first state championship in school history. 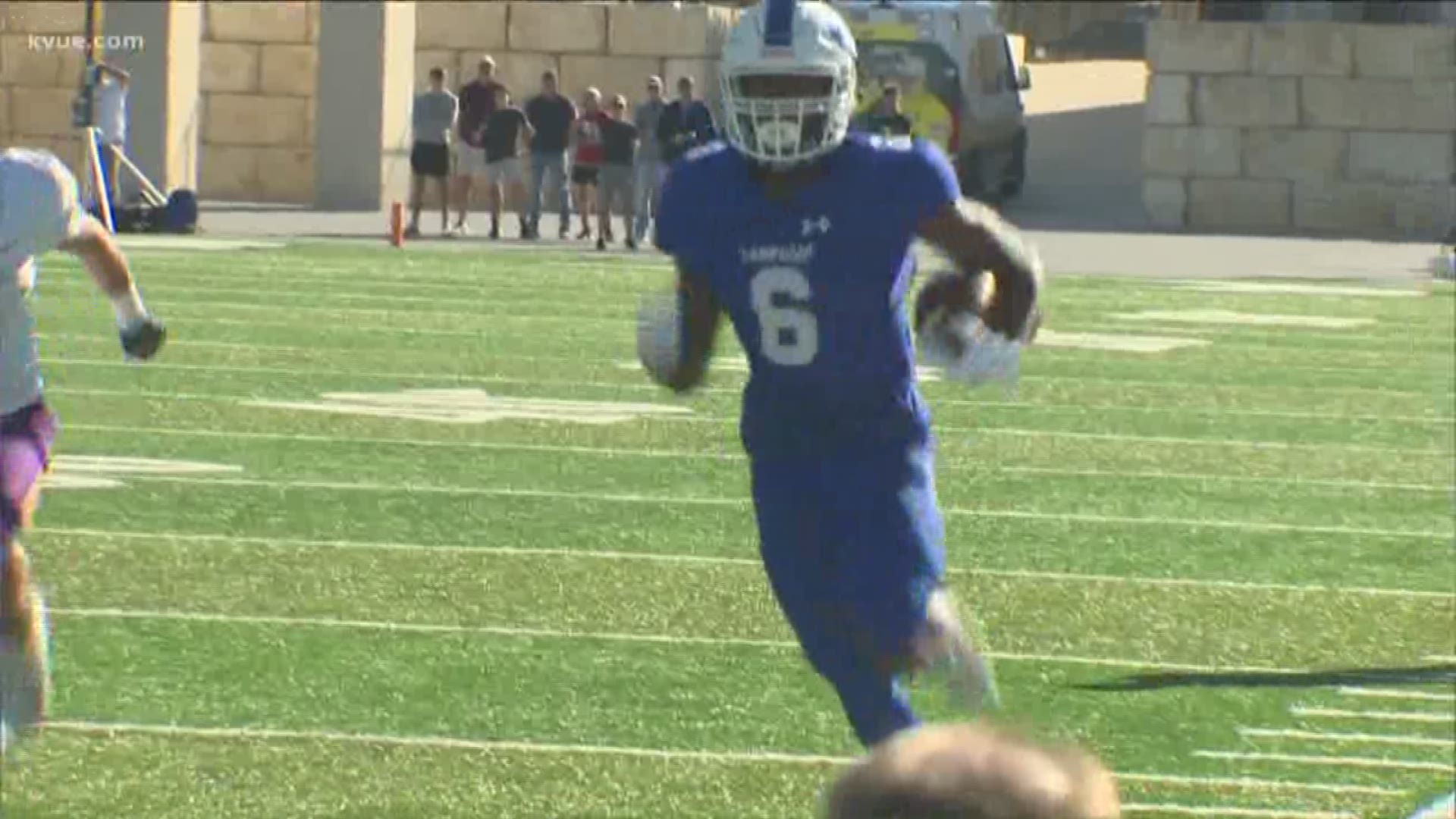 Junior quarterback Ace Whitehead has something to do with that.

In Saturday's 4A quarterfinal matchup against district foe Liberty Hill, Whitehead accounted for seven touchdowns and all 49 of his team's points in a 49-34 win.

The Badgers' aggressive game plan was evident from the start.

Whitehead dialed up the deep ball for his star-studded cast of receivers any chance he could and it wound up paying big dividends.

"We talked earlier in the week. If they come down and they play man on us, we're just going to throw it over their head," Whitehead said. "We all feel confident in doing that so every time we'd get one of those calls, my heart would light up. I just love putting the ball up in the air and watch those guys go get it."

While Liberty Hill didn't have much of an answer for the Lampasas attack, the Panthers managed to chip away at the early deficit thanks to a quick striking offense of their own and opportunistic special teams play.

The Panthers' rally wound up falling short, however, and their season comes to an end after an inspired playoff run.

"I'm proud of them," Liberty Hill head coach Jeff Walker said. "We kept fighting and that's what we do in Liberty Hill. We don't make excuses. We band together. When things were going bad, nobody was pointing the finger. Kids kept playing hard, and good things happen when you do that."

It also marks the end to Liberty Hill's time in Class 4A, as Whitehead pointed out on social media after the game.

Whitehead has 72 total touchdowns in the 2019 season (51 passing and 21 rushing). His efforts have catapulted Lampasas into the state semifinals for the first time since 1986.

"The community of Lampasas has been craving this for years and you can see (based on) our turnout, it's been something special," Lampasas head coach Troy Rogers said.

"The whole town just loves Badger football," Whitehead said. "Growing up, all you want to do is win games, go to state and we're one step closer now. I can't wait till next week."

The Badgers will face 14-0 Carthage next weekend at a site and time yet to be determined. Carthage lost to Liberty Hill in last year's state semifinals.

KVUE Game of the Week: Lampasas Badgers vs. Gonzales Apaches