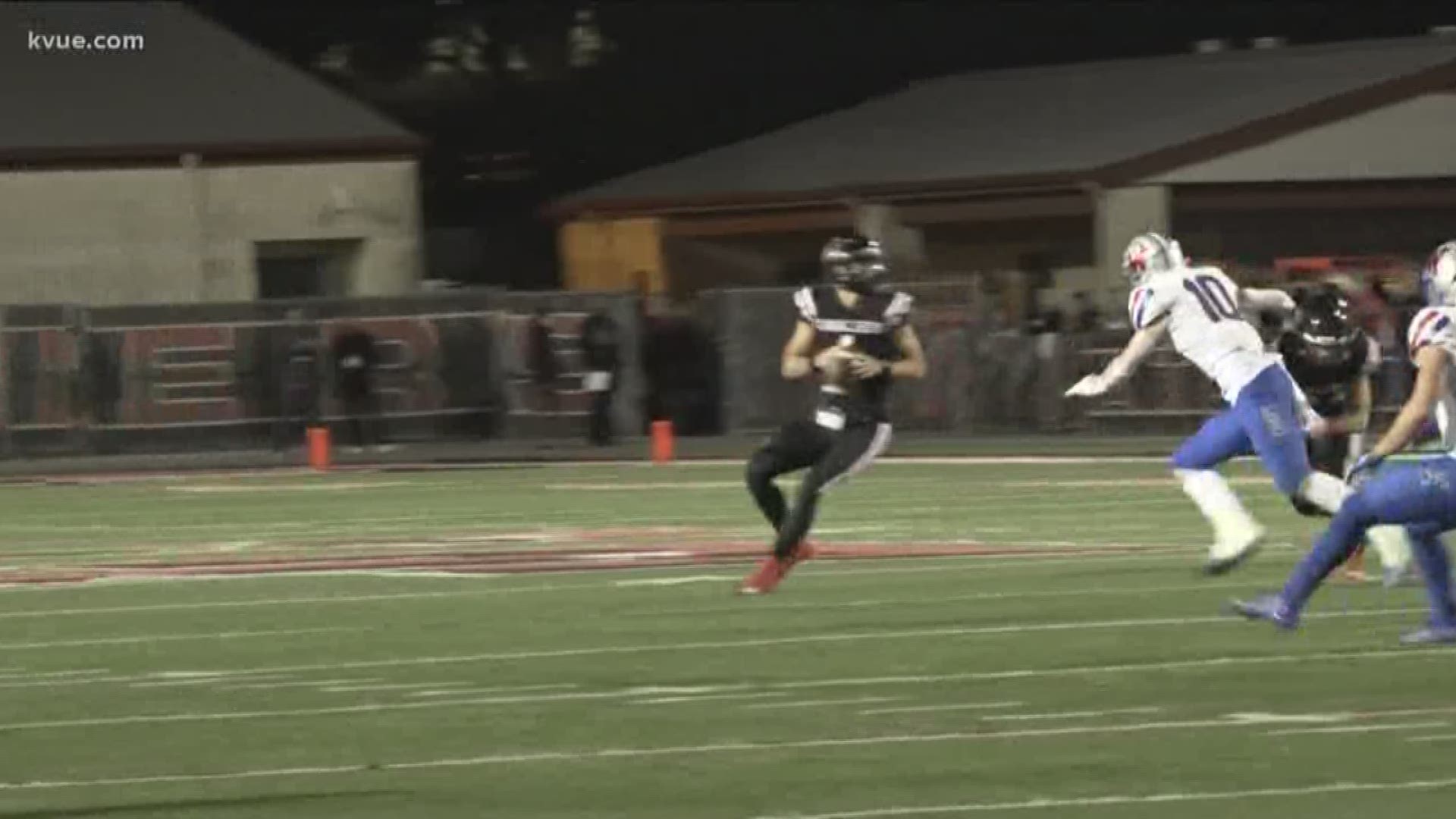 AUSTIN, Texas — Lake Travis quarterback Hudson Card, who has committed to the University of Texas, will be out four to six weeks after suffering a foot injury in the Battle of the Lakes against Westlake.

Head Coach Hank Carter confirmed to KVUE that he feared Card would likely be out for the rest of the season. Carter also said Card would be seeking a second opinion.

Card clarified himself Wednesday night, tweeting that after getting a second and third opinion on his injury, he learned he won't need surgery but he will be out four to six weeks.

Lake Travis beat Westlake in the Battle of the Lakes, 26-25, but the weeks without Card – a four-star and fourth ranked dual-threat quarterback in the nation – leave the Cavs with some tough shoes to fill.

Card is the second Texas-bound Cavaliers player to go down for at least part of the season. Junior tight end Lake McRee suffered a season-ending knee injury in August, Burnt Orange Nation reported.

“I feel for him," Elinger said. "The bond you have with your brothers in high school is unlike anything else. He also has an incredible opportunity to continue to lead those guys.”