Lake Travis football is a family affair for the Erwin triplets

Autism doesn't define Benjamin Erwin – the community that surrounds him does. 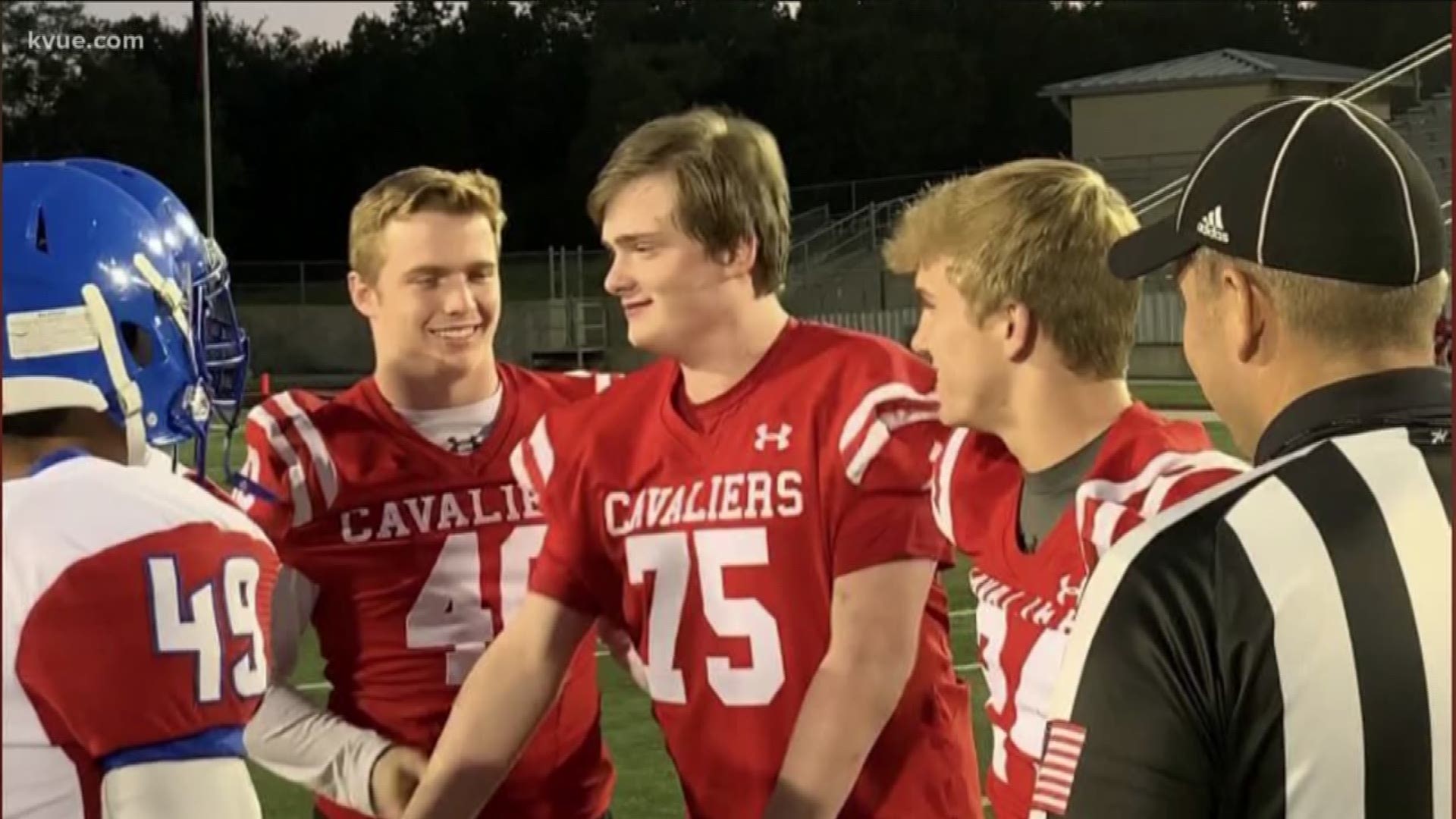 AUSTIN, Texas — If you ask anyone in the Lake Travis community, they'll describe the Erwin house as a frat house.

Five boys, including Dad, three of whom are triplets.

Julia and Grant Erwin thought their family of three would become a family of four, but that wasn't the case.

"The doctor was looking at the nurse for quite a while, and I thought something was wrong, wrong," Julia said. "Then, they finally said, 'You might be having triplets.'"

With the arrival of Raleigh, Wesley and Benjamin, the Erwin family grew from three to six.

"It wasn't until 16 to 17 months with the speech delay that we had any clue anything was going on," Julia said.

A few months later, Benjamin was diagnosed with autism.

RELATED: Baker Mayfield featured on cover of ESPN The Magazine

The three were inseparable until Raleigh and Wesley started playing football.

"That was hard," Julia said, holding back tears. "Because I know they're a set, and they did everything together."

"I obviously wish I had one more brother playing with me," Wesley said.

That all changed when the boys were in sixth grade.

Benjamin and his brothers could finally walk on the field, in their jerseys, together.

"In sixth grade, it was youth ball," Grant said. "So, I was coaching and I was wet-eyed through the first half."

"We got the idea, 'Well, let's march them out and let them be team captains at the freshman football game,'" Head Coach Hank Carter said.

It's a tradition that has continued ever since.

"You can just feel the energy of being able to walk out there, us three," Wesley said.

"You know, he goes out there and he's always smiling and he loves it," Raleigh said of Benjamin.

To the Erwin family, it's more than just a coin toss. It's a community that constantly shows their love and support.

"Find your village," Julia said, "and find a good one."

WATCH: Lake Travis football is a family affair for the Erwin triplets

Austin police urge joggers, hikers and bikers to be aware on trails