Brenham High School versus Weiss High School has won the honors of KVUE's Game of the Week. 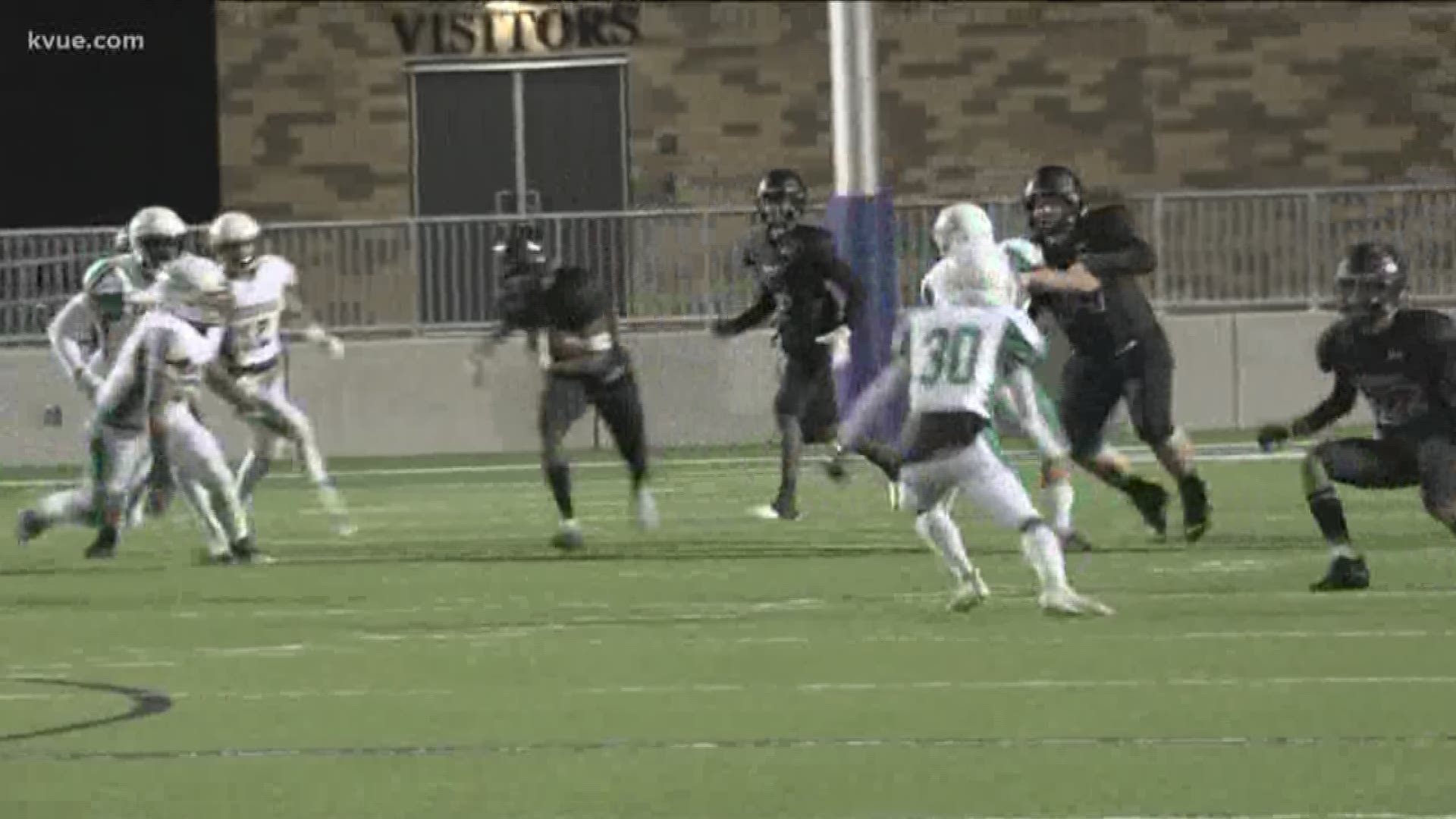 PFLUGERVILLE, Texas — It's week 11 of high school football, and that means another pair of schools' chance to be KVUE's Game of the Week!

Brenham High School enters its matchup with Weiss wining seven of its last eight games. The Cubs are 7-2 overall and 5-1 in district, with their lone district loss coming to Bastrop two weeks ago, 30-25. Despite the loss, the Cubs have a chance to secure the district title with a win against Weiss.

RELATED: Here's the winner of KVUE's Big Save of the Week – Nov. 1

KVUE's Emily Giangreco went to Weiss on Thursday. She caught up with the Wolves to see what they're doing to prepare.

Weiss is coming off of an 0-10 season. The school's first year with a varsity team was in 2017 and they went 1-3. Now, they're competing with Brenham for a district title.

"There's a lot on the line for us. It's an exciting week. It's somewhere our school's never been before in our short history and we're here now for the first time and it just generates a lot of excitement in the community and for our kids," said head coach Tommy Aultman.

This year's seniors were part of the original first team for Weiss High School. Coach Aultman told them that if they would stick it out during these building years, they would eventually be in this position.

"These kids got a lot of heat," he said. "Opening a new school is never an easy process, but we told them when we started when they were freshman, if they stuck it out, they'd have something they'd really be proud of their senior year. They've played themselves into that position and it's just staying with the program. The buy in from day one and success ... there's really no secret. You put the work in, you stay passionate about something and that hard work will pay off and it certainly has to this point."

The Wolves know their opponent Friday night consists of bigger guys. The Cubs are 7-2 overall and 5-1 in district play.

"You're talking about a storied program number one. Always a lot of talent on that football team. They're a very big football team. They like to push people around a little bit, so we'll be a little undersized in this game. That's probably the biggest concern," said Aultman.

RELATED: Here's the winner for KVUE's Big Save of the Week – Oct. 25