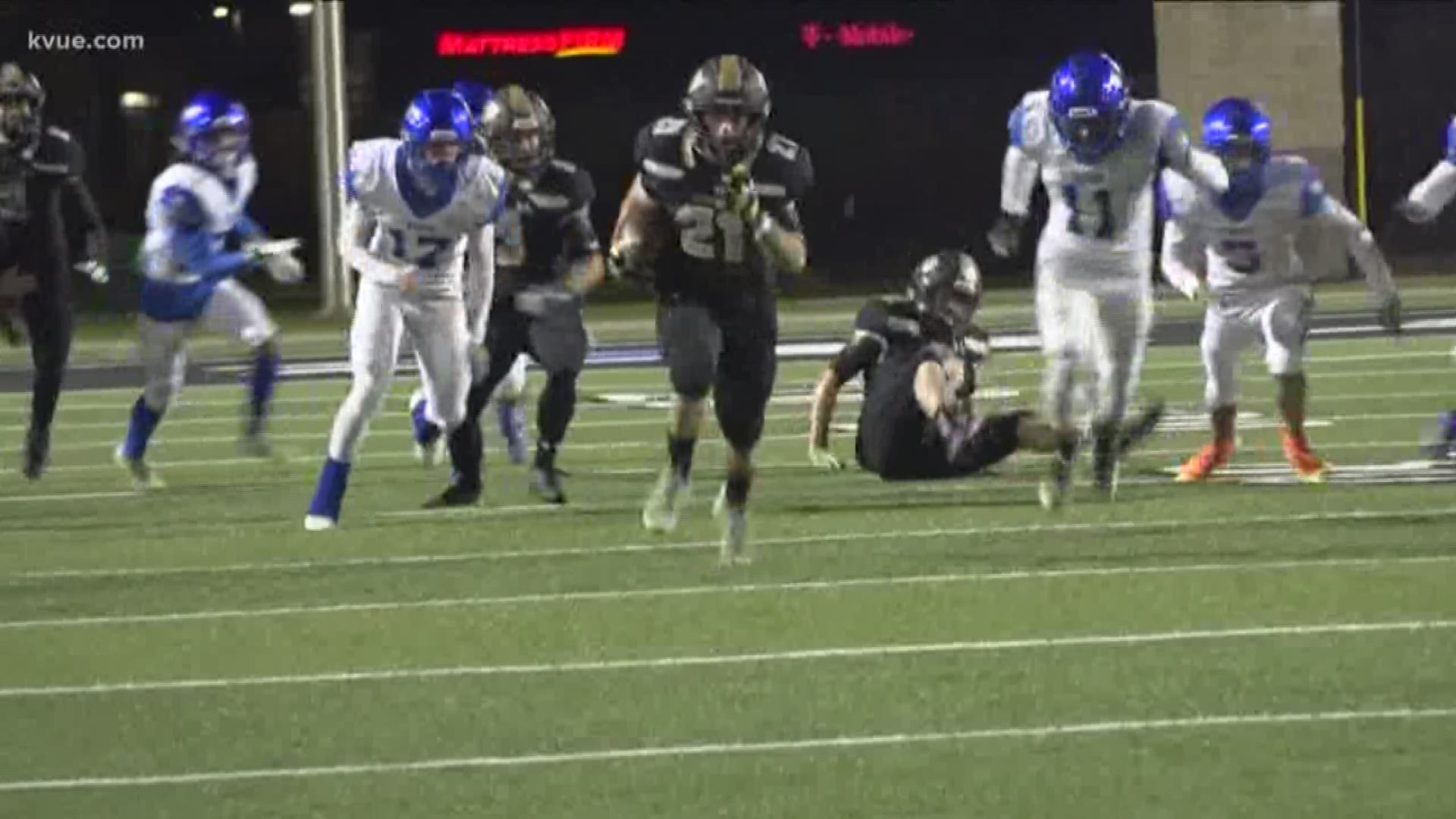 First, we have Giddings High School's 90-yard kickoff return for a touchdown. Second on the nominees list is Vandegrift's Trey Mongozy with a jaw-dropping catch. Finally, Mason Mangum from Westlake racks up some yards after the catch in the Chaps' second round playoff game.

Congrats to Giddings for winning the Big Save of the Week with the team's 90-yard kickoff return.

WATCH: Friday Football Fever is back for the second round of 2019 UIL Playoff football | KVUE

Texas athletes could make money from pending NCAA rule changes. How much? It's not yet clear.