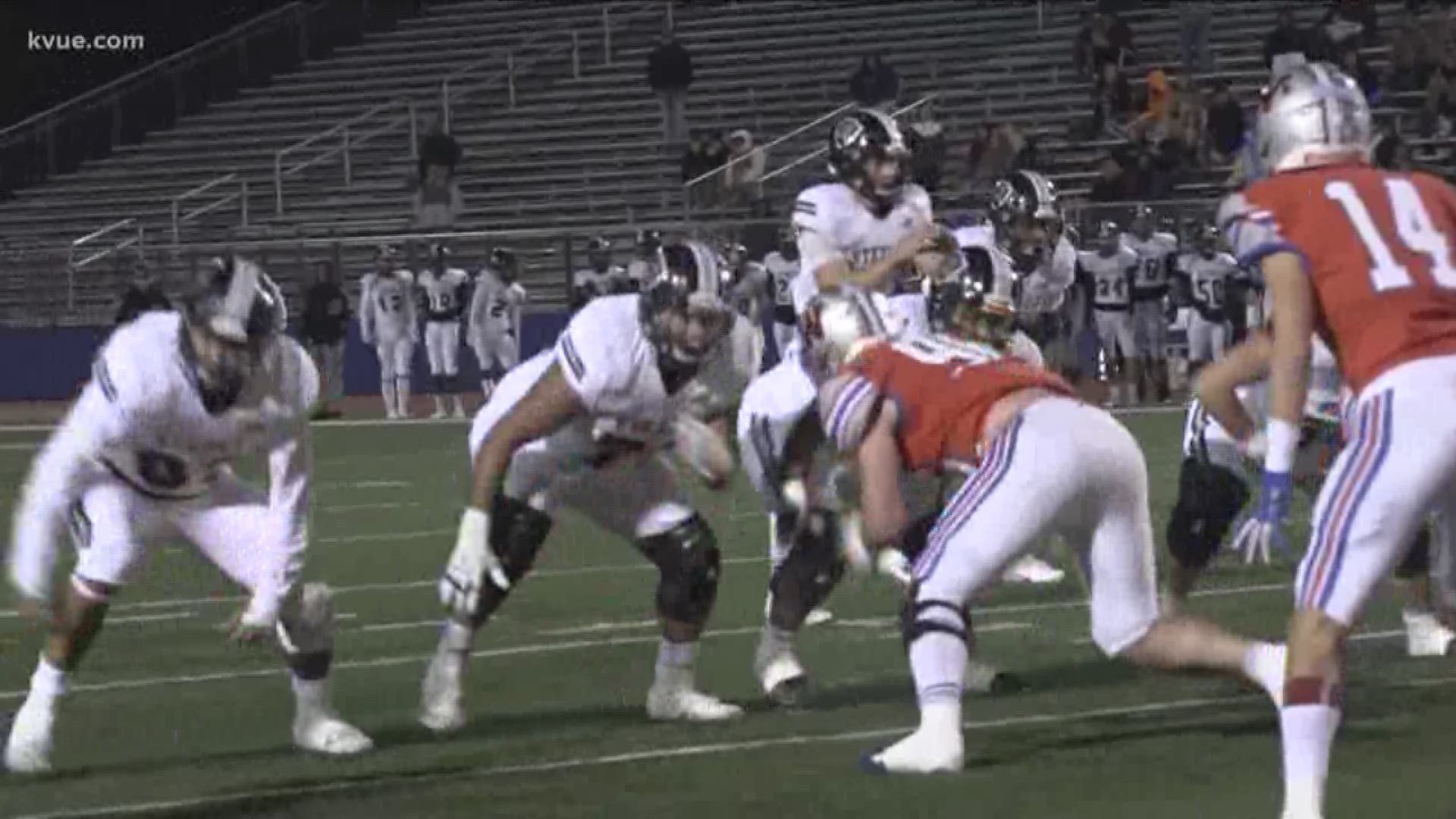 AUSTIN, Texas — It's the first round of high school playoff football and the KVUE's Game of the Week will be Westlake High School against Cibolo Steele High School.

Westlake will host Cibolo Steele in the first round. The Chaps finished second in 6A District 25 behind Lake Travis and the Knights finished third in their respective district behind Judson and Clemens.

Westlake's only loss of the season was to Lake Travis and similarly, Cibolo Steele's only two losses of the season came against its district opponents ranked above them.

The Battle of the Lakes came down to the wire, as the Cavaliers bested the Chaps by one point, 26-25. Westlake's players are quick to point out their preparation for Steele has been similar to the work they put in for Lake Travis.

“We’re putting in just as much work as we would for a Lake Travis game or a Cypress Ranch game, anything like that, it’s the playoffs now so you got to expect every team to be a great team,” senior quarterback Kirkland Michaux said.

“We didn’t have the regular season we wanted to with the loss to Lake Travis, so we’ve got to make this postseason count,” senior wide receiver Mason Mangum said.

The Knights are no strangers to close losses either. Both of the Knights' losses were one possession games: falling to district 26 runner up Judson 51-48 at home and then losing a rivalry road game to district 26 champion Clemens, 28-23.

Both programs historically make deep playoff runs, so running into each other this early gives the other an uncharacteristic early exit.

“Ten years from now in the town of Westlake Hills, you never want to be talked about as the team that had potential," Westlake head coach Todd Dodge said. "You want to make sure people are talking about, ‘That old 2019 team, boy that was a gritty bunch, really milked everything they could out of themselves.’”

Cibolo Steele's UIL playoff history in the past five seasons include multiple state title runs: a loss to Westlake in state quarterfinals in 2017, a loss to DeSoto in the state championship game in 2016, and back-to-back losses to Katy in the state semifinals in 2015 and 2014.

Westlake has also made numerous deep runs in the playoffs in the past five seasons. The Chaps made it to the state semifinals in 2017 and 2018, lost to Lake Travis in the state quarterfinals in 2016 and lost in the state championship game in 2015.

WATCH: Friday Football Fever is back for the first round of 2019 UIL Playoff football | KVUE